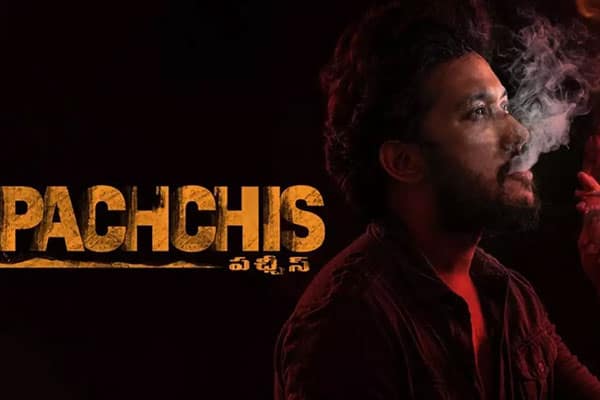 Many movies are releasing directly on streaming platforms during the lockdown, and ‘Pachchis’ is one film that had a release directly on Amazon Prime Video. The film was released on Saturday, and it has a lot of interesting elements. Raamz, Swetaa Varma, Ravi Varma and others played the leads. Sri Krishna and Rama Sai duo directed the film.

What is it About?

Abhiram (Raamz) is a carefree personality who is completely engrossed in gambling. To make quick money to settle his debts, he falls into a situation where he becomes the most wanted for the local casino owner RK (Ravi Varma). While escaping from RK, Abhiram steals an opportunity to loot big money by taking advantage of the political rivalry between Maganti Gopinath (Subhalekha Sudhakar) and Basava Raju (Vishwender Reddy). However, things do not work in his favor, and his life falls in danger. What did Abhiram do then? How did he escape from this situation? Did he settle his debts? Forms the crux of Pachchis.

Raamz plays the lead as Abhiram, and he suited the character very well. Without getting overboard, the actor displays a subtle performance. At times, he appears to be mysterious, but he managed to perform well within the limitations. Swetaa Varma, on the other hand, grabbed a serious character in the film. The young heroine earlier performed bubbly characters, but this one demanded seriousness from her. She has done a decent performance. Ravi Varma as a casino owner, is usual. Subhalekha Sudhakar, Vishwender Reddy, and all the other actors are good in their parts and made their presence felt. Every character that comes on the screen has a purpose, and all the actors did a decent job.

Kartik Parmar’s cinematography is exceptional. The tone of the film suits the mood of the characters. The production design is excellent. The film unit ensured that the audiences are engrossed in the environment where the story is taking place. There are no songs in the film, and the background score hardly makes any impression. Coming to the writing part, there is a great scope to explore a thrilling subject, but the film went wrong in execution. The screenplay confuses the audience at times and unfolds different threads to which the viewers find it hard to connect.

The impressive aspect of the film is that the directors gave clear motivations to all the characters. Everyone has a motive, and it is laced with an emotional thread. The best instance for the same is Swetha Varma’s character. Still, unfortunately, the director failed to convert interesting situations into engaging scenes rather than spoils them with unnecessary conversations which look stretched. As a result, people hardly think about what’s happening in the next scene, which is a major drawback of the film. For any crime drama or crime thriller, the audiences should keep their guessing games on, but it hardly happens with Pachchis.

Pachchis is ood at technicalities. The film carries the mysterious tone perfectly while dealing with the underlying undercover cop theme. The film excites us when we hear it as a story, but it lacks the necessary elements to keep us hooked while watching it on the screen.

The film’s best parts are the stylish making, slick action sequences, no-nonsense attitude from the characters, and the directors driving the story without any deviations. Pachchis is one film that generates great interest initially, but it falls short of expectations towards the end.