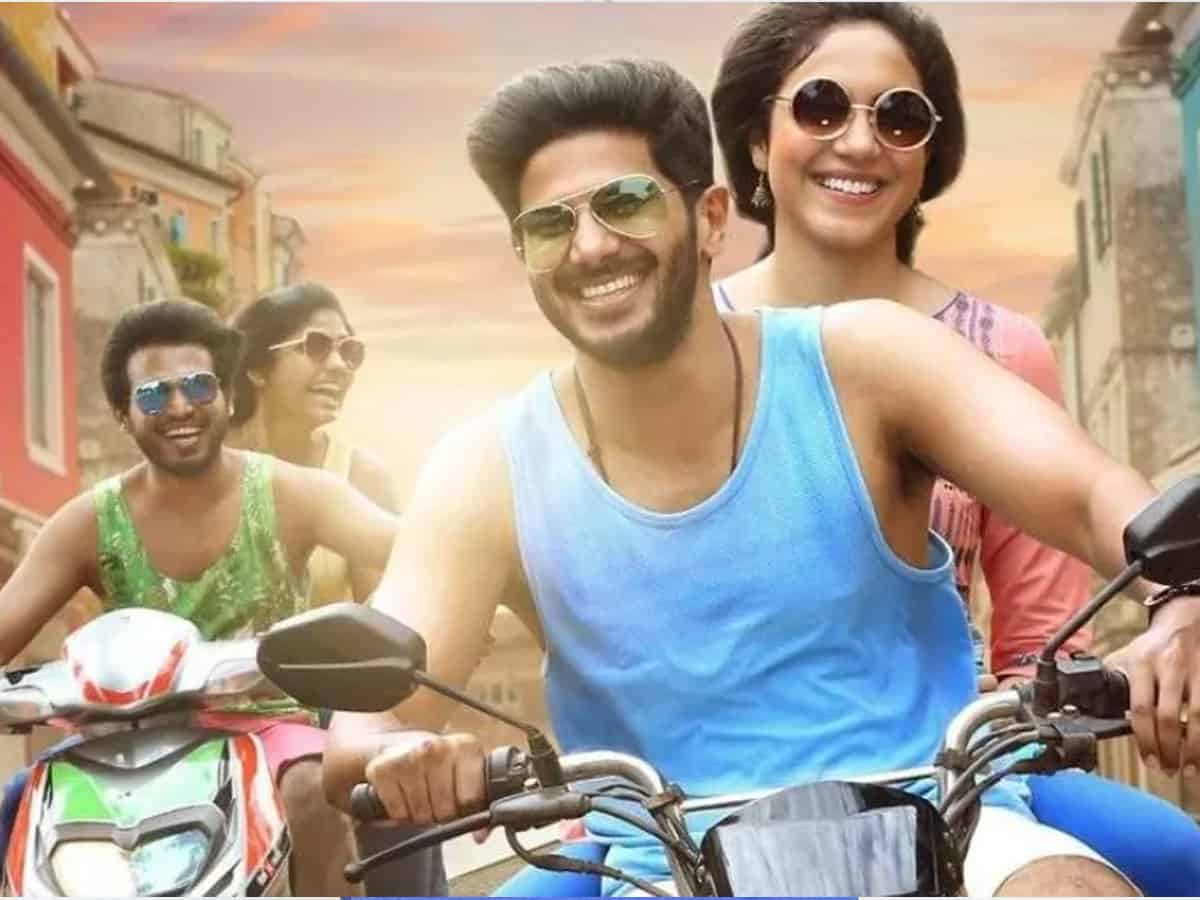 Kanulu Kanulanu Dochayante is criminally under promoted here in Telugu states. However, the few audiences who watched it will have an entertaining treat with this underdog. It has a fine star cast and novel premise and is sure to keep you engaged for most part of its runtime.

Siddharth (Dulquer) falls in love with a small time beautician Meera (Ritu). His friend Kallis (Rakshan) falls for another girl Shreya (Niranjana), who is a friend of Meera. Siddharth and Kallis are con artists and they decide to hit big and settle down in Goa with their girls. But a police commissioner named Prathap (Gautam Menon) is after them.

Dulquer Salman’s looks and performance makes him believable to be an intelligent con artist. Some of the plans he etch seem too farfetched, but Dulquer makes them look plausible with his sincere performance. Ritu Varma gets a very interesting role and she makes the most of it. Rakshan is funny but also annoying at times. Niranjana has a single expression and so does Anish Kuruvilla. Director Gautam Menon’s character starts off well, but soon gets restricted to the background.

Desingh Periyasamy chose an interesting premise for his debut film. Con movies are least explored genre in Indian Cinema. He has written a very good screenplay for the first half, but goes overboard with the cons in the second half. The screenplay gets very convenient in the second half that almost makes mess of a supremely executed first half.

Songs by Masala Coffee are very ordinary and comes as speed breakers at times. Background score by Harshavardhan Rameshwar is very good. Camera work is decent, but editing is not up to the mark. The runtime is too long for a film of this genre. Production values are fine.

Loses Steam in the second half

KKD starts like a regular romance comedy with a boy running after a girl and then comes the plot twist revealing the true identity of the protagonist. Conning the online shopping portals using loop holes in the system is interesting to watch. Things get serious when a cop is involved. The protagonist is too intelligent to commit same crime again. He switches to next level and starts looting expensive things from cars. This seems a bit over the board, but the director makes it look authentic and very much possible with the help of tech.

Then comes the intermission bang that is sure to con almost everyone of its audience. First half of the film is amazing with unpredictable twists and engaging narrative. It is hard to sustain the momentum after such a sensational intermission block and the debut director does struggle to keep it engaging. He has conveniently skipped the police investigation part to make things easy for the intelligent but vulnerable protagonist. The final con is very elaborative and seems near impossible to pull off.

Director doesn’t use any intelligent twists or create any tension and simply relies on some silly video game styled tricks to pull off the big crime. It gets too convenient as the villain also isn’t threatening enough and the protagonist is always one step ahead of everyone including the cops and gangsters. We have to excuse the last half an hour where the narrative loses its sheen.

Well written and executed first half, decent performances and sound technical values make Kanulu Kanulanu Dochayante an enjoyable experience on a whole. It could have become memorable film had the second half been far more convincing and a bit believable. You may try this one for its genuinely surprising moments and very engaging first half.