Breaking: Karunanidhi Is No More

"With deep anguish, we announce the demise of our beloved Kalaignar Dr M Karunanidhi on 07.08.2018 at 6.10 PM. Despite the best possible efforts by our team of doctors and nurses to resuscitate him, he failed to respond. We profoundly mourn the loss of one of the tallest leaders of India and we share the grief of family members and fellow Tamilians worldwide," said Kuavery hospital in a statement.

Karunanidhi had served as the CM of Tamil Nadu for five times. He was the president of the DMK for 50 years. He is popularly known as Kalaignar (artist). A film writer and screenwriter before entering politics, Karunanidhi had contributed a lot to Tamil literature. He had written several stories, plays, novels, and a multiple-volume memoir.

Karunanidhi's most notable movie was Parasakthi, a turning point in Tamil cinema, as it espoused the ideologies of the Dravidian movement and also introduced two prominent actors of Tamil filmdom, Sivaji Ganesan and SS Rajendran. The movie was initially marred with controversies and faced censorship troubles, but was eventually released in 1952 becoming a huge box office hit. The movie was opposed by orthodox Hindus since it contained elements that criticized Brahmanism. 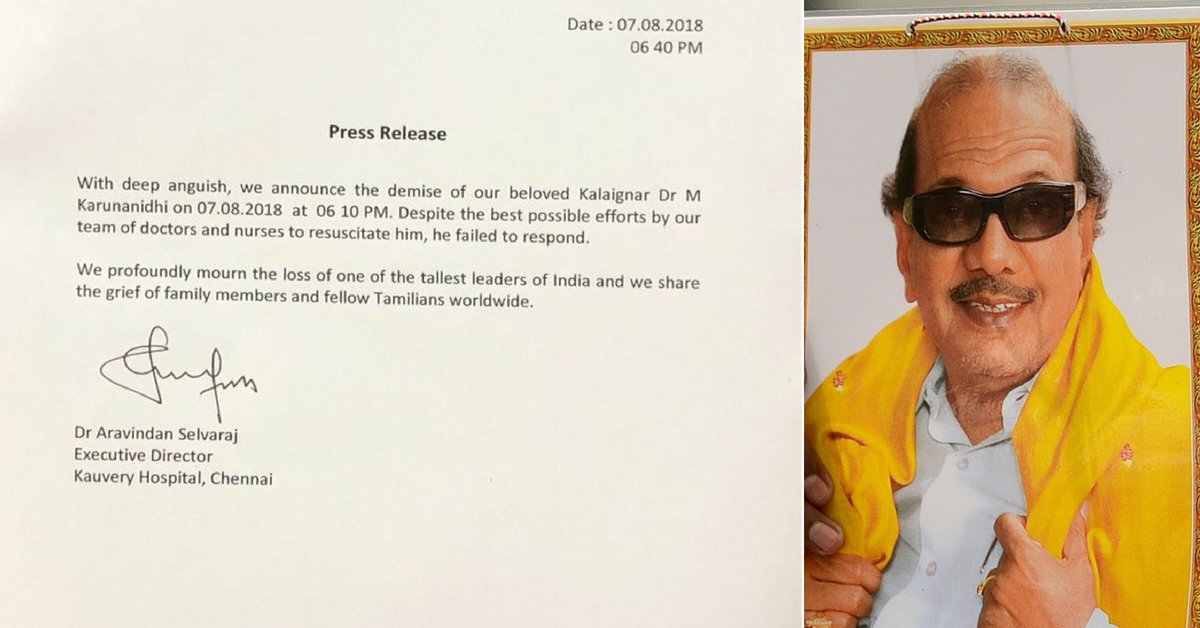 My thoughts are with the family and the countless supporters of Karunanidhi Ji in this hour of grief. India and particularly Tamil Nadu will miss him immensely. May his soul rest in peace . Tweets PM Narendra Modi. 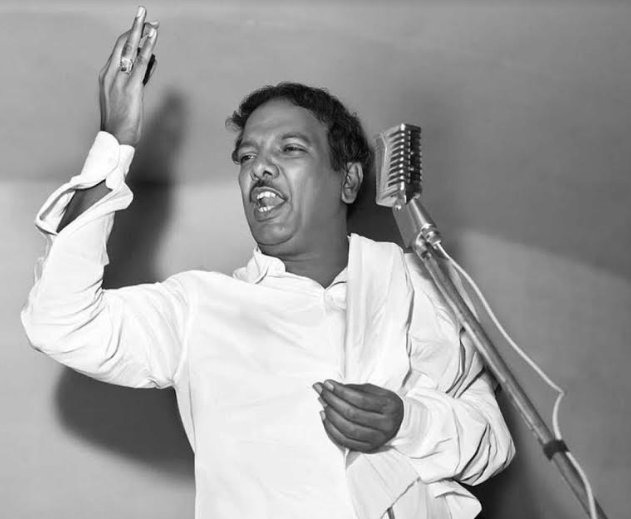 President Ramnath Kovind: Extremely sad to learn of the passing of Thiru M. Karunanidhi. A doyen of our public life, as a contributor to the development of Tamil Nadu and of India he has few peers. Our country is poorer today. My condolences to his family and millions of well-wishers.

Radhika Sarathkumar: Dark day for us, my mind and heart is full of memories of this tall leader @kalaignar89 , man who instilled and strived for the pride of Tamils. His spirit will always live on, will miss him terribly. A tall and great leader gone, bid him a tearful adieu.


Modi: Deeply saddened by the passing away of Kalaignar Karunanidhi. He was one of the senior most leaders of India.

We have lost a deep-rooted mass leader, prolific thinker, accomplished writer and a stalwart whose life was devoted to the welfare of the poor and the marginalised. My thoughts are with the family and the countless supporters of Karunanidhi Ji in this hour of grief. India and particularly Tamil Nadu will miss him immensely. May his soul rest in peace. 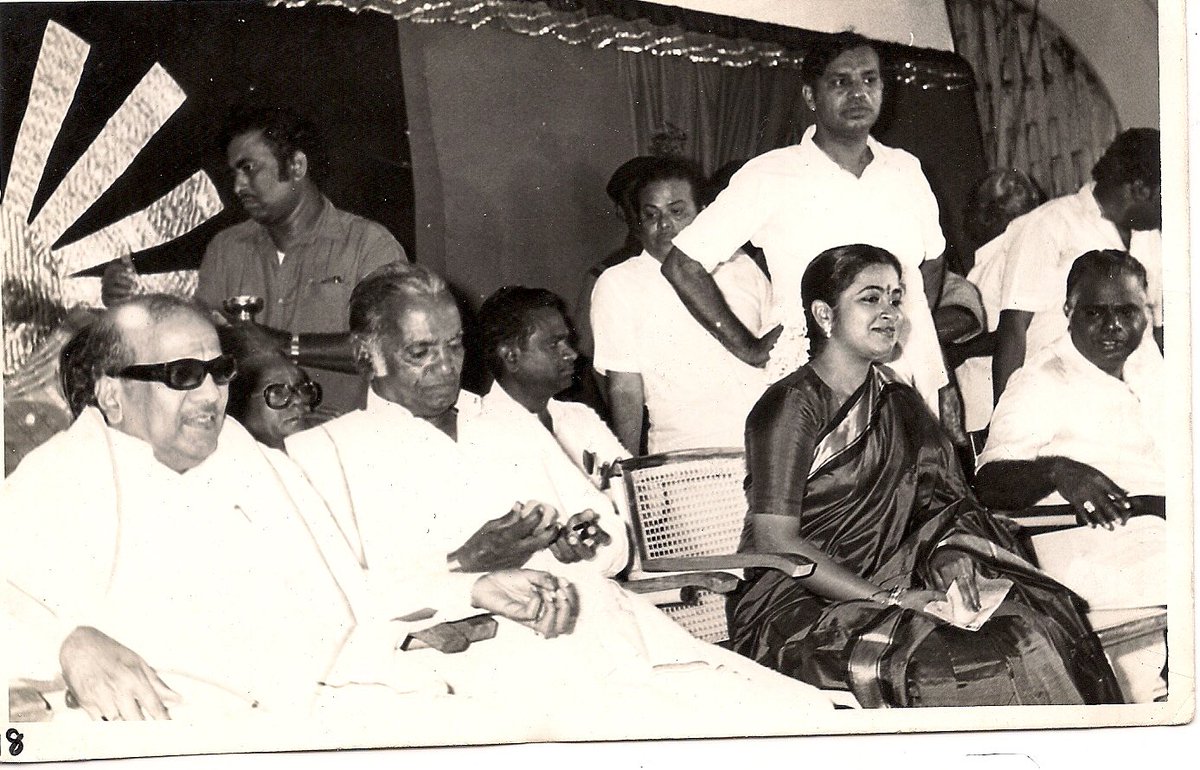