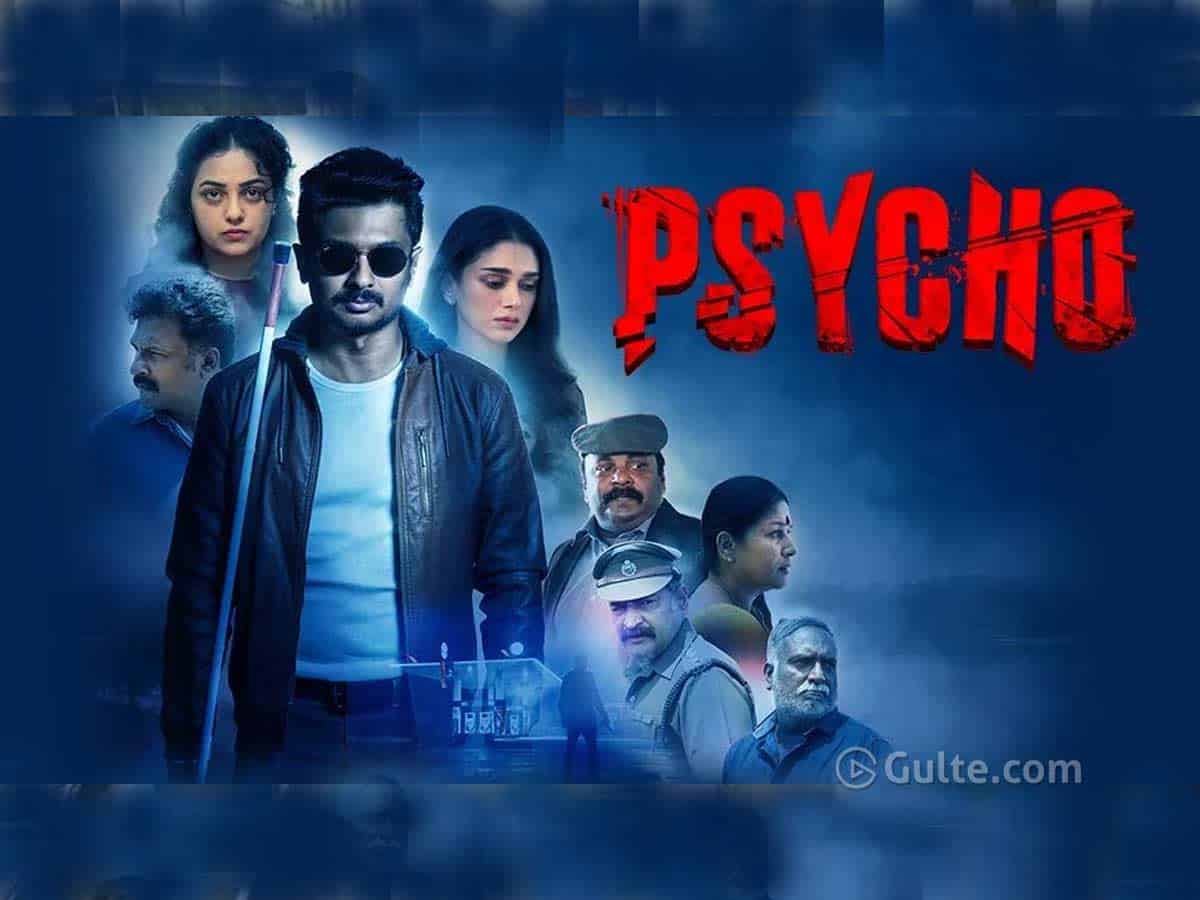 Tamil director Mysskin is known for a unique brand of filmmaking. His films like Detective, Pisachi are a hit with Telugu movie lovers too. Mysskin has made Psycho as an ode to Alfred Hitchcock’s legendary Psycho. It is about a serial killer who kills random women and keeps their heads as trophies.

Although the setup is familiar, Mysskin gives it a new spin with differently abled lead characters. The protagonist is visually challenged Gautam (Udayanidhi Stalin) and he takes the help of a paraplegic ex-cop Kamala (Nithya Menen) to find Gautam’s girlfriend Dahini (Aditi Rao) who is abducted by a ruthless serial killer (Raj).

A regular hero going in search of his abducted lover would have been very routine. A visually challenged man using his senses to trace the villain is what makes Psycho a special film. He taking the help of a paraplegic lady adds a bit more surprise to the proceedings.

Ilayaraja’s music adds to the eeriness of the expertly shot visuals. The lighting is superb setting the tone for the movie and thus helping the viewers get into the world of a psychopath. Performance wise, Nithya Menen walks away with all the honors as Aditi Rao puts up a fine show. Raj as the serial killer is deliberately shown with a blank expression. He is good in the scenes where he shows his rage or pain. Udayanidhi Stalin is seen with black shades throughout the film and he doesn’t even try to do a bit of acting.

Mysskin could have avoided theatrics to give us a peek into the pained past of the serial killer. Aditi Rao sympathizing with the killer is not convincing enough. And a blind man and a paraplegic going after a serial killer all by themselves is beyond logic. Visually challenged person driving a car with the directions given by paraplegic is very absurd. Somehow, the director tries to add a bit of ‘heroism’ to the visually challenged character.

Psycho has some issues that cannot be overlooked, but it has enough thrills to please genre fans. You can give it a try.