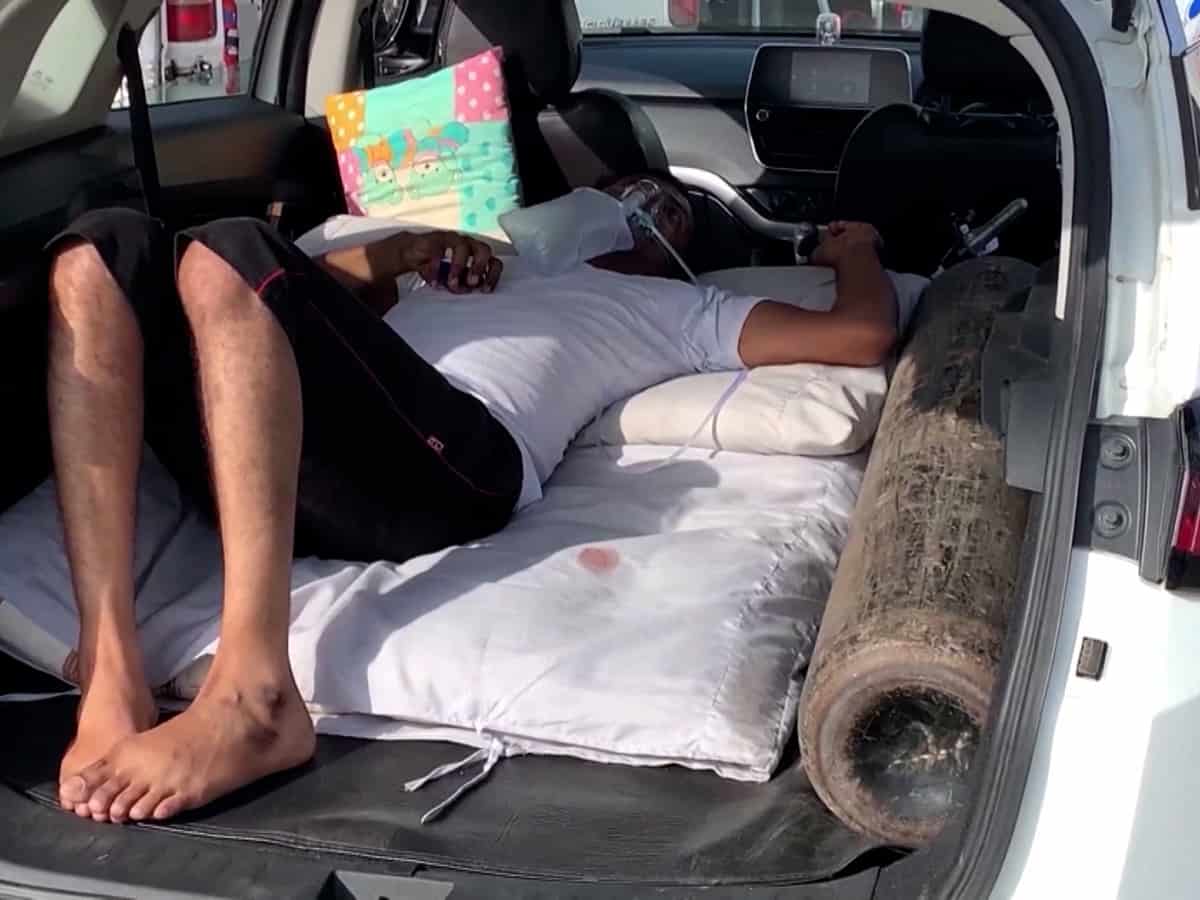 After the Union government replied in Parliament that no death was reported due to oxygen shortage, the Congress and other opposition parties attacked calling it utter lie. Later, the BJP on Wednesday said that no state government has sent any data on deaths due to lack of oxygen.

The BJP also fired on Congress leader Rahul Gandhi and the opposition parties saying that the parties are politicizing Covid deaths. Today, in a press conference, BJP spokesperson Sambit Patra said, “No state has sent any data on deaths due to shortage of oxygen. No state has reported any death due to lack of oxygen.”

Referring to Union Minister of State for Health Bharati Pravin Pawar’s reply in the Rajya Sabha, Patra said that the minister categorically said that health is a state subject and the Centre only collects data sent by states. He stated that as all states and UTs provide the data of Covid cases and deaths to the Centre, it is clear that not even a single state has mentioned any death due to a shortage of oxygen.

Patra further slammed Congress leader Rahul Gandhi and the AAP Party for projecting a lot of confusion over the sensitive issue of Covid deaths. “It was condemnable that at a time when everyone should unite to win the battle against coronavirus disease, some political leaders are playing dirty politics,” he said.

He further said that Rahul Gandhi created confusion on pandemic and vaccine form the beginning “That is what Rahul Gandhi has done while acting as a Twitter troll.” Referring to the affidavits of the Delhi and Maharashtra governments, Patra said both the administrations informed the high courts that not a single death as a result of the shortage of oxygen.

Sooner, These States Also Claimed No Deaths Due to Oxygen Shortage:

Soon after the Centre remarks, Chhattisgarh health minister TS Singh Deo stated that his state has a surplus of oxygen and no deaths were reported in the state due to oxygen shortage during the second wave of the Covid-19 pandemic.

Later, Tamil Nadu health secretary J Radhakrishna also said that the state government took care of sufficient oxygen supply in both government and private hospitals and there was no death due to a lack of life-saving gas.

Madhya Pradesh and Bihar also followed the footsteps saying their state governments made required measurements and zero deaths were caused due to the oxygen shortage.