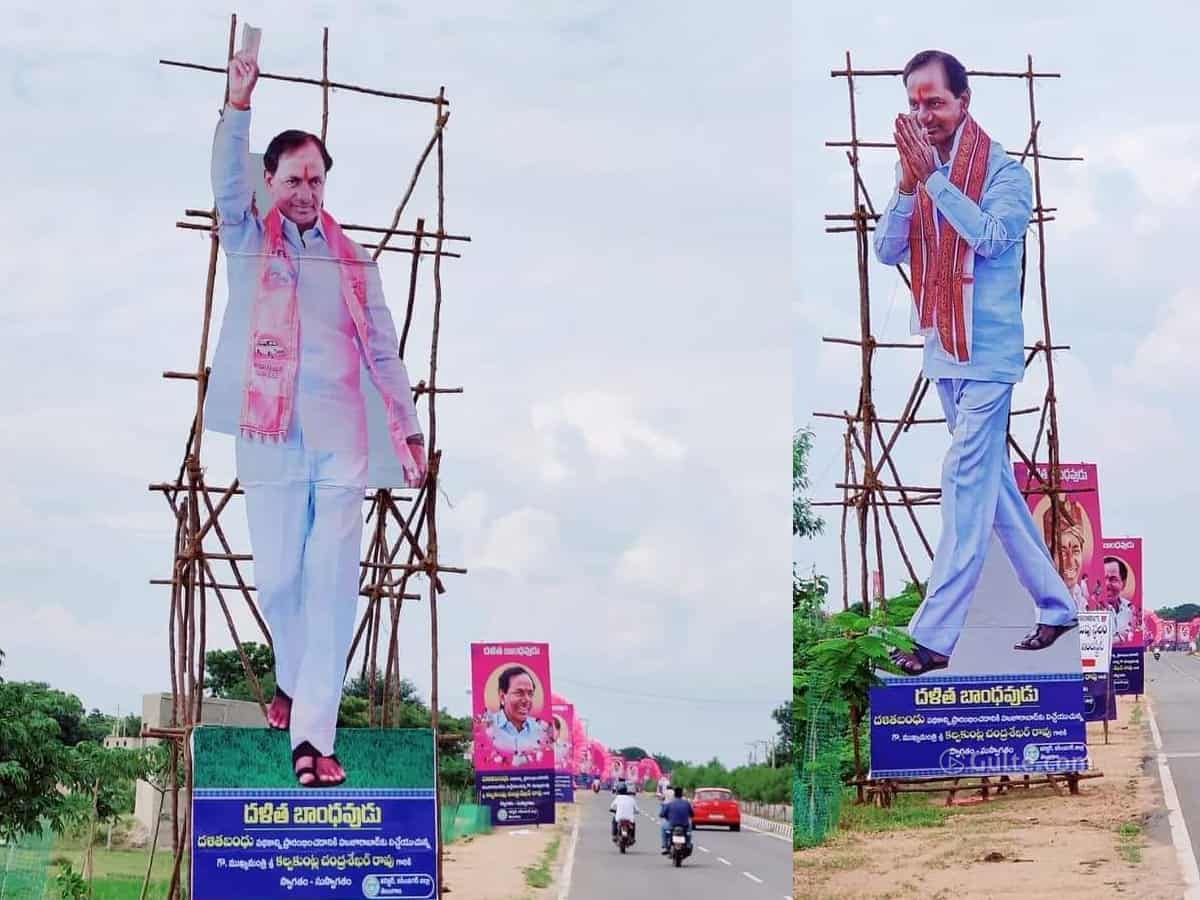 The Telangana government will be launching ‘Dalit Bandhu’ scheme in Huzurabad today. Unprecedented arrangements are made in the constituency for CM KCR’s arrival and also the TRS party has erected massive cut-outs of KCR at several places.

These huge banners of KCR are inviting a lot of eyes and have become a centre of attraction in Huzurabad. However, just one cut-out of Bharat Ratna Dr. BR Ambedkar is spotted and that too at the venue where the scheme will be rolled out.

To make this event a grand success the TRS party is reportedly moving one lakh people from different parts of the state and mainly from Karimnagar district.

‘Dalit Bandhu’ is aimed at SC and ST community which are a dominant vote bank in Telangana. Under this scheme, a SC or ST family will be receiving Rs 10 Lakh from the state government and keeping in view of Huzurabad by-poll, KCR opted for this place. About 15 families are picked up by the administration and CM KCR will personally hand over the cheque to them. The official record says that there are about 2000 families belonging to SC and ST in Huzurabad.

But this event is also drawing criticism. The Covid-19 in the form of Delta variant is turning into a super-spreader and gathering one lakh people is definitely a wrong move opine the health experts.

Telangana has reported only two cases of Delta variant so far but the virus can’t be underestimated amidst the fear of ‘Third Wave.’