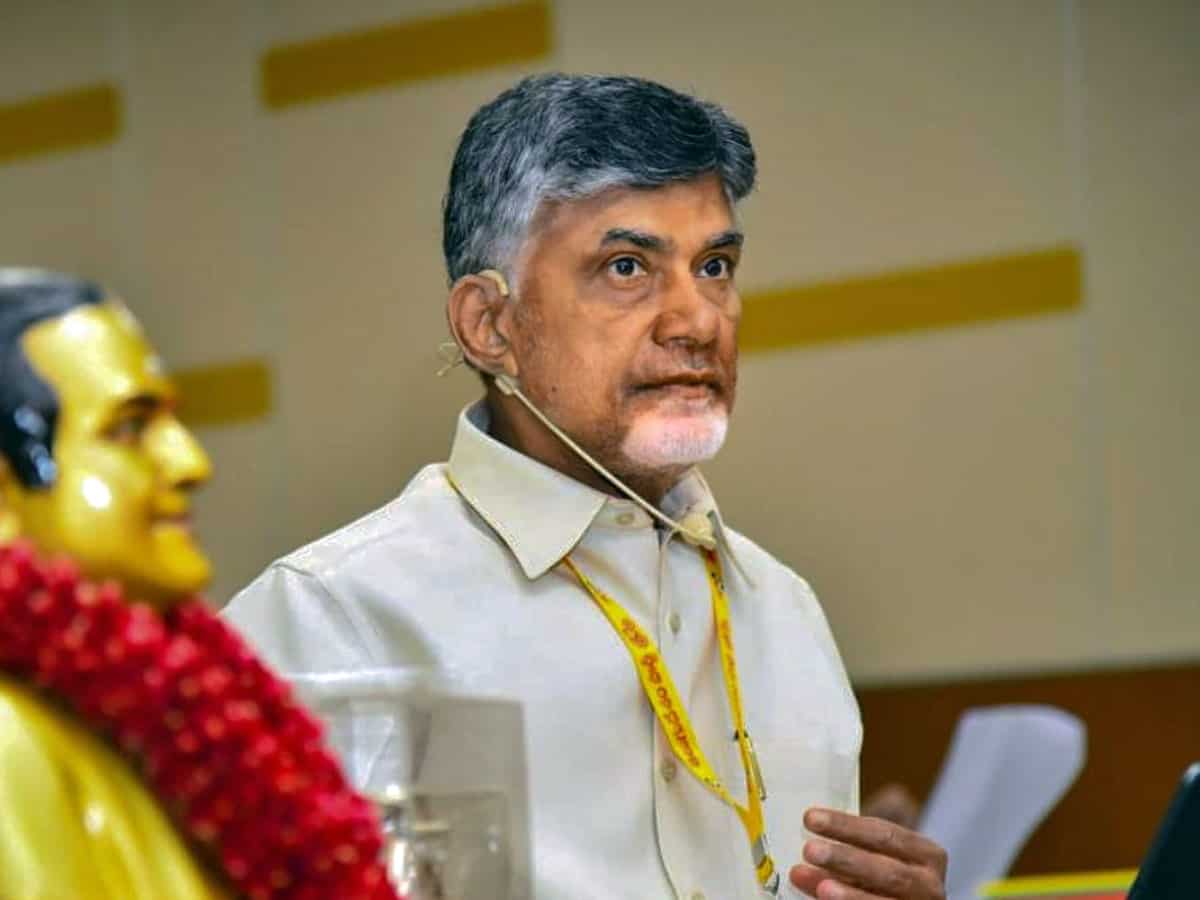 The Telugu Desam Party (TDP) is facing its worst crisis ever what with even the most loyal leaders making an exit from the organisation. Victory and defeat are part of the game but now, the TDP cadre have lost even the hope of winning the elections. Many of the TDP activists are of the opinion that their party chief should shun the outdated politics and switch to new thought process to combat Chief Minister Y.S. Jagan Mohan Reddy’s vendetta politics. Else, they fear the party would be decimated in the near future. There is an argument that Naidu’s laid-back attitude and gentleness in dealing with serious issues would only push the party into more trouble. Many outsiders says that TDP party chief lacks the punch and tit-for-tat attitude which cannot work in these modern days.

The party cadre’s confidence has taken a beating with party seniors like Karanam Balaram and Siddha Raghava Rao quitting the outfit. Of late, the party cadre has been faulting Naidu for failing to sense the pulse of the electorate and their requirements. Party senior leader J.C. Diwakar Reddy also slammed Naidu, at a public meeting, for following archaic politics which had led to the vanquishing defeat of the TDP in 2019.

Former minister and TDP national treasurer Siddha Raghava Rao’s exit from the TDP was a jolt to the party. He joined the ruling YSR Congress. Recently, even the TDLP treasurer Maddali Giri too switched loyalty to the YSR Congress. It may be recalled that the same Siddha Raghava Rao could withstand the harassment by the ruling Congress under the chief ministership of late Y.S. Rajasekhara Reddy but now, he buckled under pressure from YSR’s son and Chief Minister Y.S. Jagan Mohan Reddy and joined the YSR Congress party.

Before the 2019 elections, Sidda spent crores of rupees for the party. During the election time, he insisted that he should be given Darsi constituency as he would be able to win easily from the place but when Naidu allocated him Ongole constituency, he accepted it despite staging protests for some time.

It is being said that though Sidda, who is a soft-spoken person by nature, was given minister post, orders used to be issued from the CMO.

What is more surprising is the TDP leaders who have a lot of experience in politics are not able to withstand the arm-twisting tactics adopted by Jagan. TDP chief Naidu who had been a pillar of support to the party functionaries and supporters withstood YSR’s pressure politics but is not able to repeat the same in case of Jagan.

Karanam Balaram and Naidu shared a special bond since they were in the Congress. Despite being with the party for decades, Naidu could not give him a Cabinet berth at least once. TD Chittoor district unit leader Sivaprasad(late) was also a childhood friend to Naidu but he too felt ignored in the TDP.

Naidu is in such a position that he is not able to give prime posts at least to those who believed in him and had been loyal to the party. The TDP chief proudly proclaims that the party produced several efficient leaders and ministers. However, all that magic seems to have failed once Jagan became the Chief Minister.

Drawing parallels between It’s Time For TDP 2.0! and K.V.P. Ramachandra Rao, the party cadre reminisce that Vikas had been with Naidu since they worked in the Youth Congress wing. It should be noted that Naidu could not give at least a state committee post to him and Vikas had to be happy as a member in the reception committee. But, late YSR gave a plum post to K.V.P. Ramachandra Rao as an advisor and member of the Rajya Sabha.

Naidu and YSR worked in the Youth Congress when Vikas’ brother Kommineni Seshagiri Rao was the AP state unit president.

It is not just the YSRC leaders who have been criticising Naidu of living in hallucinations, people from within the party too are faulting him of doing the same mistake. The party leaders say that Naidu should stop holding teleconferences for hours together just as he held conferences with the officials when he was in power, as it is of no practical use.

There is criticism that the TDP president is completely focusing on the media and fighting a war with the ruling party leaders through the media but not paying attention to announcing the party committees for various constituencies in the state. The party cadre is faulting Naidu of not holding discussions with the district leaders but holding some other meetings which do not help in strengthening the party.

One other area about which the party leaders are unhappy is attribution of caste to every prominent position in the party. They are wondering why Naidu has not been able to shrug off this outlook even when leaders inducted, as part of balancing caste equations, are leaving the TDP after it had been restricted to the opposition benches. They say that the party has lost counter mechanism and is not able to find suitable tactics to corner the ruling party.

During the controversy that triggered recently over sale of TTD land, there is an argument that the party was not able to switch to modern thought process as it had made the former chairman of Brahmin Corporation speak on it rather than giving chance to the ex-TTD chairmen and members.

No fire in the belly

The party activists say that Naidu should have the fire in him to file a law suit against the YSRC leader Vijayasai Reddy and Tirumala chief priest Ramana Deekshitulu for levelling allegations that a valuable diamond belonging to Lord Balaji was in Naidu’s house, before the 2019 general elections. The TD condemned the allegations then but after A.V. Dharma Reddy took charge as the additional EO of TTD Board, he made it clear that the Lord never had such a diamond. In the wake of such comments, the TDP chief should immediately take action, a party functionary from West Godavari said.

The party activists lament that the party has lost the warmth and closeness which used to be experienced during NTR’s time. After Naidu rose to prominence in the party, it has been more like a business organisation and he also needs to be praised constantly, they added.

Core TDP Cadre wishing Chandrababu to adopt new political strategies to bounce back from these crisis.