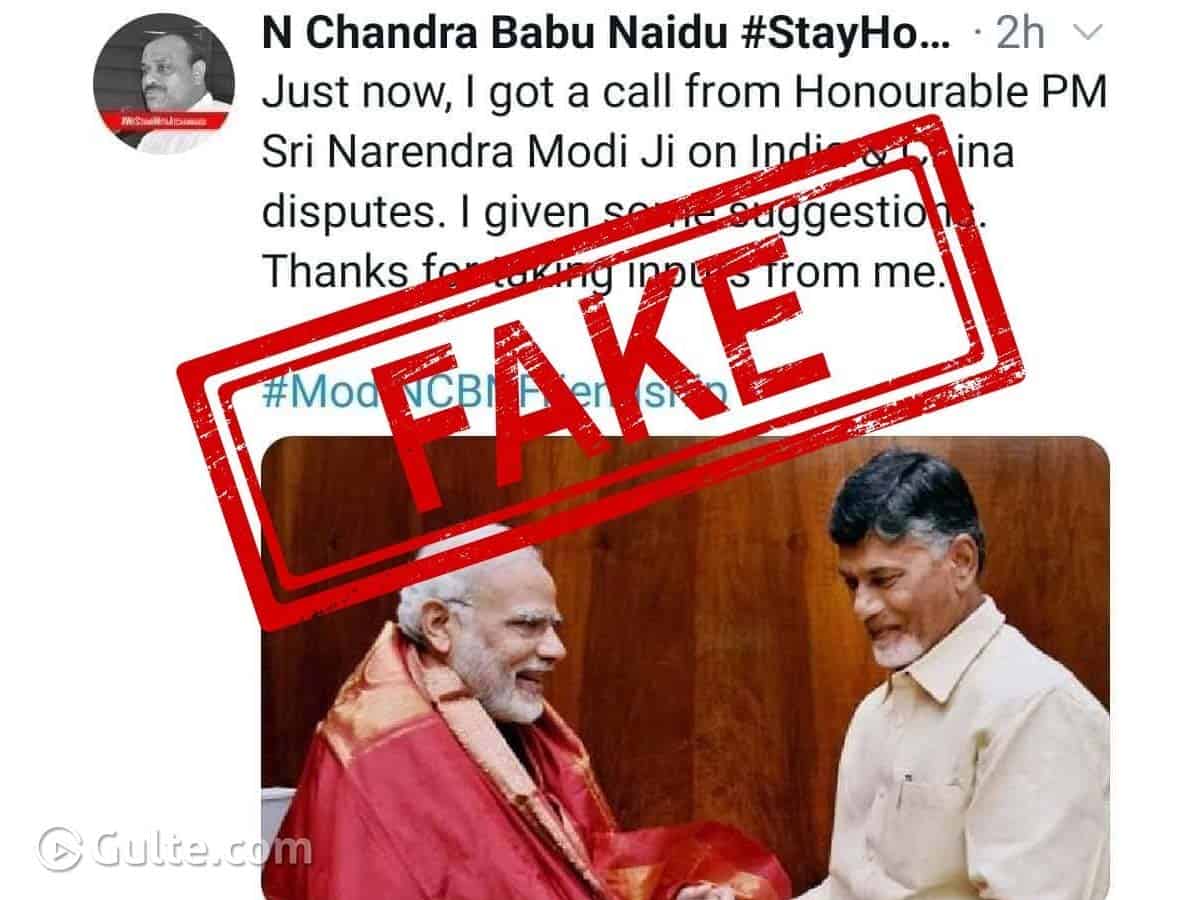 Fake news is always a bother especially when it is related to politics and films. TDP chief Chandrababu Naidu is the latest victim of this fake news. He took to his Twitter and cleared the things on a fake news that is circulating in the media circles.

The fake news claimed that post the India-China faceoff, PM Modi reportedly called Chandrababu over the phone and took the TDP head’s inputs. The opposition YSRCP always mocks Naidu on his four decades of political experience and some trollers showed enthusiasm in creating this news and shared a screenshot that Chandrababu tweeted about PM Modi’s call.

As this got the attention of the TDP’s chief, he clarified on it. “Only criminals like @ysjagan and his cronies can think of ways to demean, disgrace someone by spreading fake news and morphed images. Really disgusting to see YSRCP spread such fake posts during such volatile times,” tweeted Chandrababu.

The language used by Chandrababu is quite harsh in his tweet calling AP CM YS Jagan as criminal but then the TDP boss seems to have lost his cool on fake news.