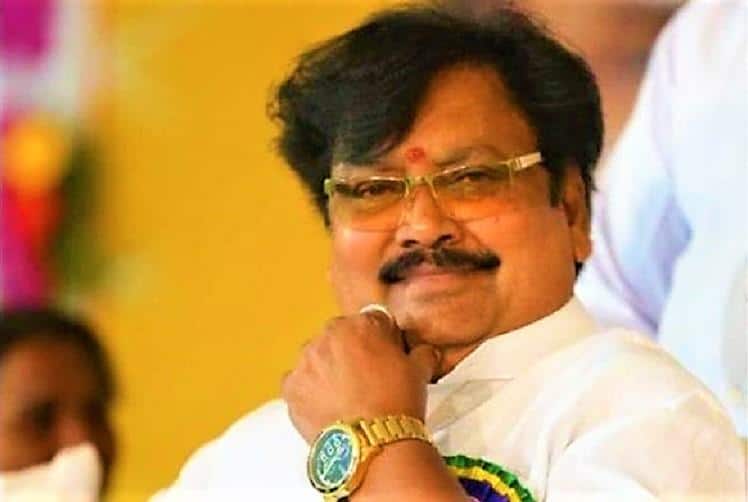 YCP MLAs termed Varla Ramaiah as a scapegoat in the election of Rajya Sabha MPs which is underway in Andhra Pradesh. They reminded that Varla Ramaiah was cheated even earlier on the same issue. At that time, when the TDP was in the ruling, TDP supremo and former Chief Minister Chandrababu Naidu promised to give Ramaiah an MP seat in the Rajya Sabha but at the nick of the moment, he replaced the SC leader with a man from the upper caste belonging to the Kamma caste, the ruling party MLAs said.

“Even now, Ramaiah cannot win the election as the TDP does not have sufficient numbers. As many as 34 votes are needed to win an MP seat but the TDP has only 23 MLAs, including the three rebels. The TDP also issued a whip that the rebels should also vote for Ramaiah and the party can take legal action if they fail to do so. Even then, Ramaiah would not win” they pointed out.

The TDP had fielded an SC candidate saying that the YCP had not given chance for at least one candidate from the backward communities. But, the YCP leaders point out that they had already given plum posts to the BCs, SCs and STs in the Assembly itself and reminded that home minister Mekathoti Sucharita Reddy was an SC and Deputy CM Pushpa Srivani was a ST.

The YCP MLAs faulted TDP president and former CM N.Chandrababu Naidu for failing to give due representation to the backward communities in his cabinet. YCP MLA Malladi Vishnu said Naidu was an utter failure in politics and in ensuring social justice to his party MLAs.

He said that Naidu does not have the moral right to criticise CM Jagan Mohan Reddy and his administration with the few MLA seats. Malladi fumed at Naidu for stalling bills in the Assembly, causing legal hurdles to the able and efficient administration of Jagan Mohan Reddy. “You (Naidu) had lost the people’s confidence. People have set you aside but you still are resorting to cheap politics.”

“TDP lacks able leadership. Their leader has become old and the party is facing an existential threat. It is to prove their presence, they have fielded Ramaiah,” said another YCP MLA after casting his vote in the RS elections.

So far, over 64% of the candidates (112 MLAs) exercised their franchise at the Assembly.

Chief Minister Y.S. Jagan Mohan Reddy was the first to cast vote from the YCP while Hindupur MLA N. Balakrishna cast his vote first from the TDP.

It may be recalled that the TDP practiced the same type of politics in Telangana, which led to its decimation in the neighbouring state. TDP leaders were fielded in elections even when their defeat was certain. Naidu is repeating the same mistake in AP too, political analysts observed.