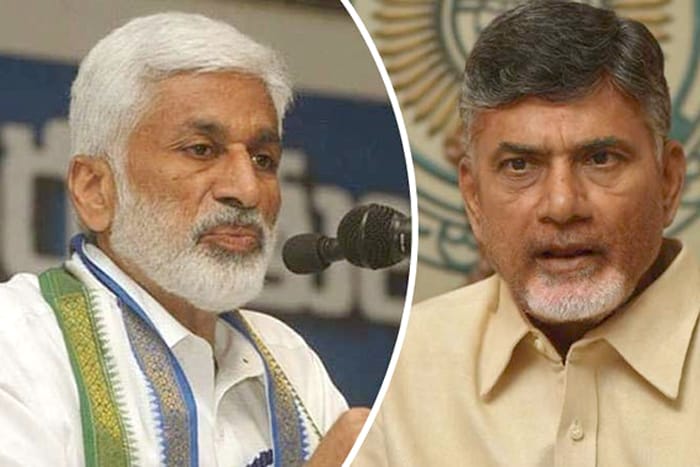 TDP Chief Chandrababu Naidu has demanded the YSRCP government to explain whether the recipient organisation of ‘108’ ambulances contract belongs to Vijayasai Reddy’s son-in-law or not.

Naidu blamed the ruling party for continuing its harassment against the TDP just for asking how the 108 ambulances contract could be given to a new organisation in violation of the laws and the rules. The Government is giving notices to the whistleblowers while allowing the actual corruption-tainted persons to go scot-free. Chandrababu Naidu called for exposing the scams and irregularities of Jagan govt even during the Corona time. When the TDP questioned how water and mines allocation was given in violation of rules, notices were sent through the Secretary concerned, he ridiculed.

YSRCP has made it a routine to commit scams and then persecute the Opposition when it exposes the Government’s corruption, said Chandrababu.

Naidu accused that YSRCP is using even COVID time for multiple scams. Corruption took place even in the making of face masks. Scams took place in test kits and bleaching powder. YCP resorted to Rs. 4.9 cr scam even in 108 ambulances.

Referring to house sites, Naidu flayed the ruling party leaders and officials for ‘maintaining silence’ without clarifying on the allegations about the collection of Rs. 30,000 to Rs. 70,000 from prospective beneficiaries. There was no official response on the hundreds of crores irregularities in land acquisitions.

The TDP chief said that Union Minister of State for Home G Kishan Reddy himself described Andhra Pradesh as a ‘Police Raj’ with YSRCP harassing rivals with false cases and arrests. Naidu quoted the letter written by YSRCP MP Raghurama Krishnam Raju himself to the Centre about life threats to him in Andhra Pradesh.

Already, the State Election Commissioner wrote to the Centre in the past asking for Central forces’ protection in view of threatening calls to him. Many Opposition people’s representatives made similar complaints expressing fear of life threats. This shows how YSRCP Government created a widespread feeling of fear and insecurity all over the State.

Condemning YSRCP’s ‘maniacal activities’, the TDP chief objected to the legal notices issued to himself and two media houses for questioning the allotment of mines and water for the Chief Minister’s company. In the name of ambulances, Pattabhi Ram was harassed; he recalled.

Chandrababu Naidu said that YS Jagan Mohan Reddy decided to take political vengeance to cover up his failure to satisfy the people’s expectations. It became routine for YSRCP to file cases, make baseless allegations and then defame the Opposition. Such blatant misuse of power and oppression was not seen in the last 64 years of AP history. Nowhere in the country, such a high number of cases were registered and so many rival parties leaders were sent to jail; said Chandrababu Naidu.