Dear Lokesh, Raja Reddy Is Out Of Syllabus! 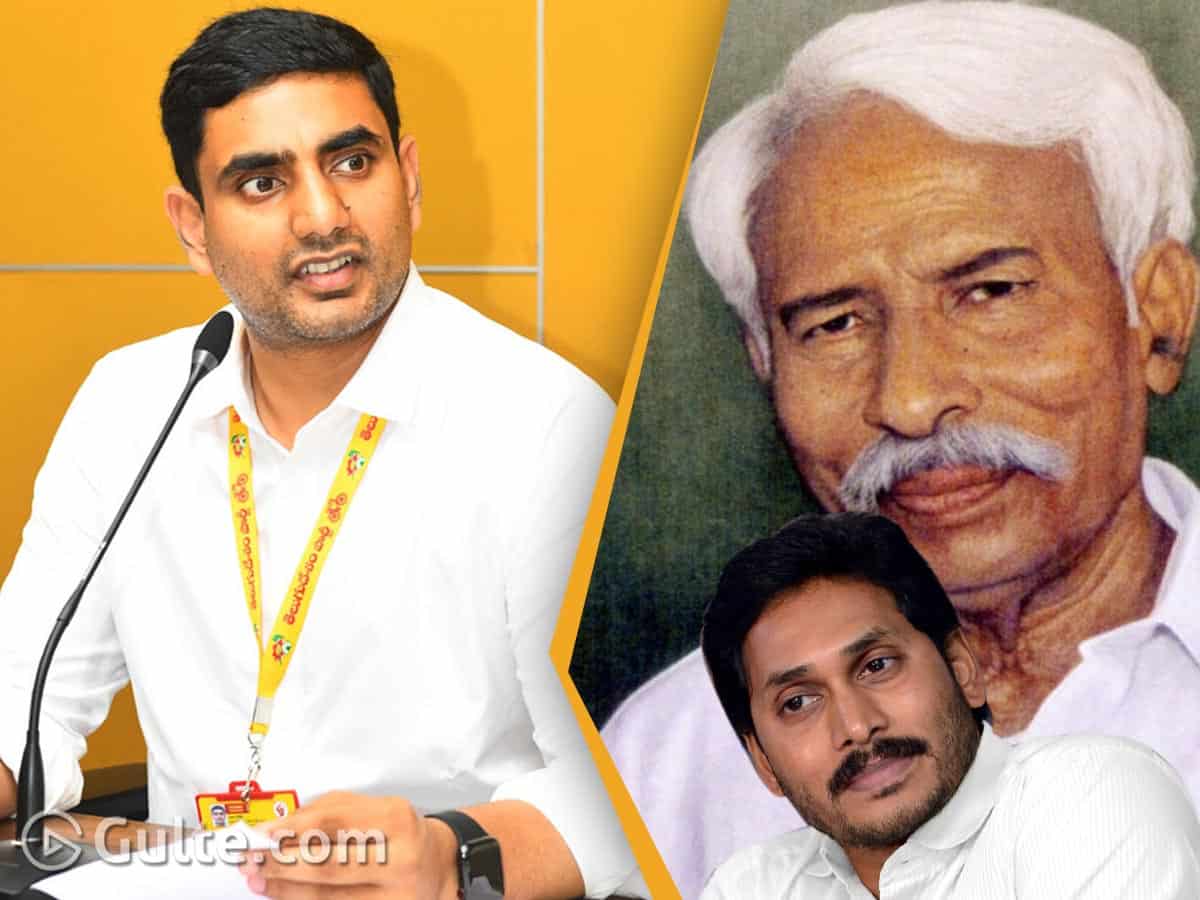 TDP’s general secretary and former minister Nara Lokesh is unsuccessful in turning the anti-government sentiment towards the advantage of the Opposition TDP. The anti-incumbency growing in the state due to various reasons and Lokesh is failing to use it to criticize Jagan’s government.

Once in every two press meets, Lokesh is bringing up the old topics of State trifurcation, Praja Vedika demolition, reverse tendering by comparing these acts to that of Raja Reddy’s rule. With Lokesh repeatedly bringing on the name of Jagan’s grandfather Raja Reddy or his father’s name YSR to criticize Jagan’s rule, is leaving the present generation disconnected with his comparison.

Instead of directly castigating Jagan’s policies and schemes on liquor rates, Sand mafia, controversial arrests, negativity in social media, and other fresh happenings, Lokesh trying to cash on the stock word ‘Raja Reddy’ is making his speeches spiceless and uninteresting most of the times.

Nara Lokesh needs to target Jagan and his rule directly through constructive criticism, rather than going after his father or grandfather’s names. Lokesh putting up ‘Raja Reddy Rajyam’ during his speeches against Jagan, appears to be yielding nothing negative on Jagan nor he gets any political mileage to himself and TDP.

It has to be seen if Lokesh observes this need to change his way and words of denouncing against Jagan or if he asks his team to work on throwing the right words instead of using long gone and out-of-syllabus contexts.