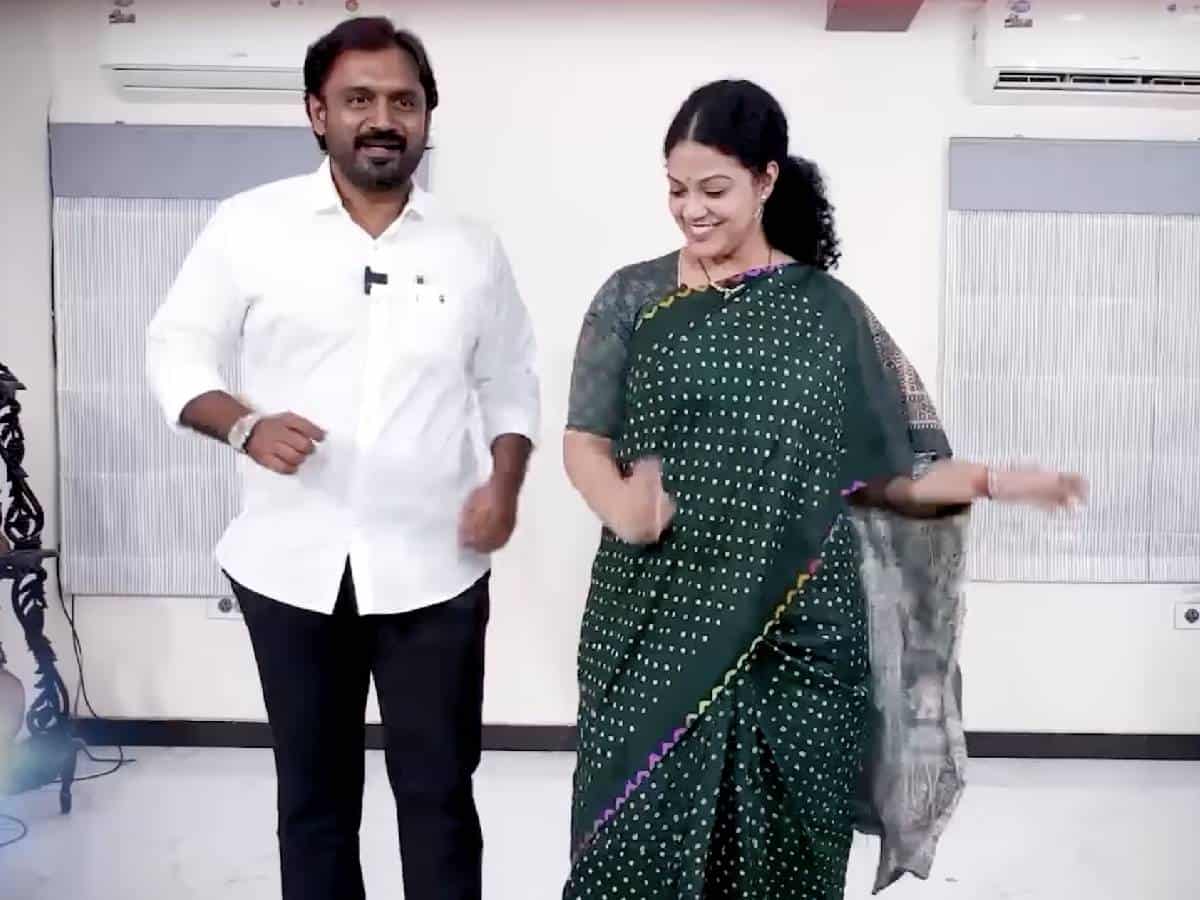 Participating in a programme on a TV channel, Bhavani and Vasu, in a freewheeling chat, said that it was a love-cum-arranged marriage that brought them together. In fact, I was bowled over by Bhavani at first sight, said Vasu. When Vasu complaining that Bhavani was not sparing time for their 11-year-old son, she reminded that they had watch Balayya Babu’s blockbuster Akhanda in Hyderabad, just a couple of days ago.

Not stopping at that, the couple even shook a leg to the mass masala number “Jai Balayya” from the movie. The couple seemed to have thoroughly enjoyed dancing to the peppy song. Being TDP leaders, it is but natural for the couple to pick that movie song as Balayya. The couple were all praises for Balayya Babu’s energy and message-oriented movie, sprinkled with religious insight.

“I never liked politics and for the same reason, even warned my husband, Vasu, not to enter politics, though he hails from a political family but before the elections, TDP boss Chandrababu Naidu announced my name as the party candidate and I really became anxious. I did not feel happy but became nervous,” she revealed.

Bhavani thanked her husband for being very supportive both before and after the elections.