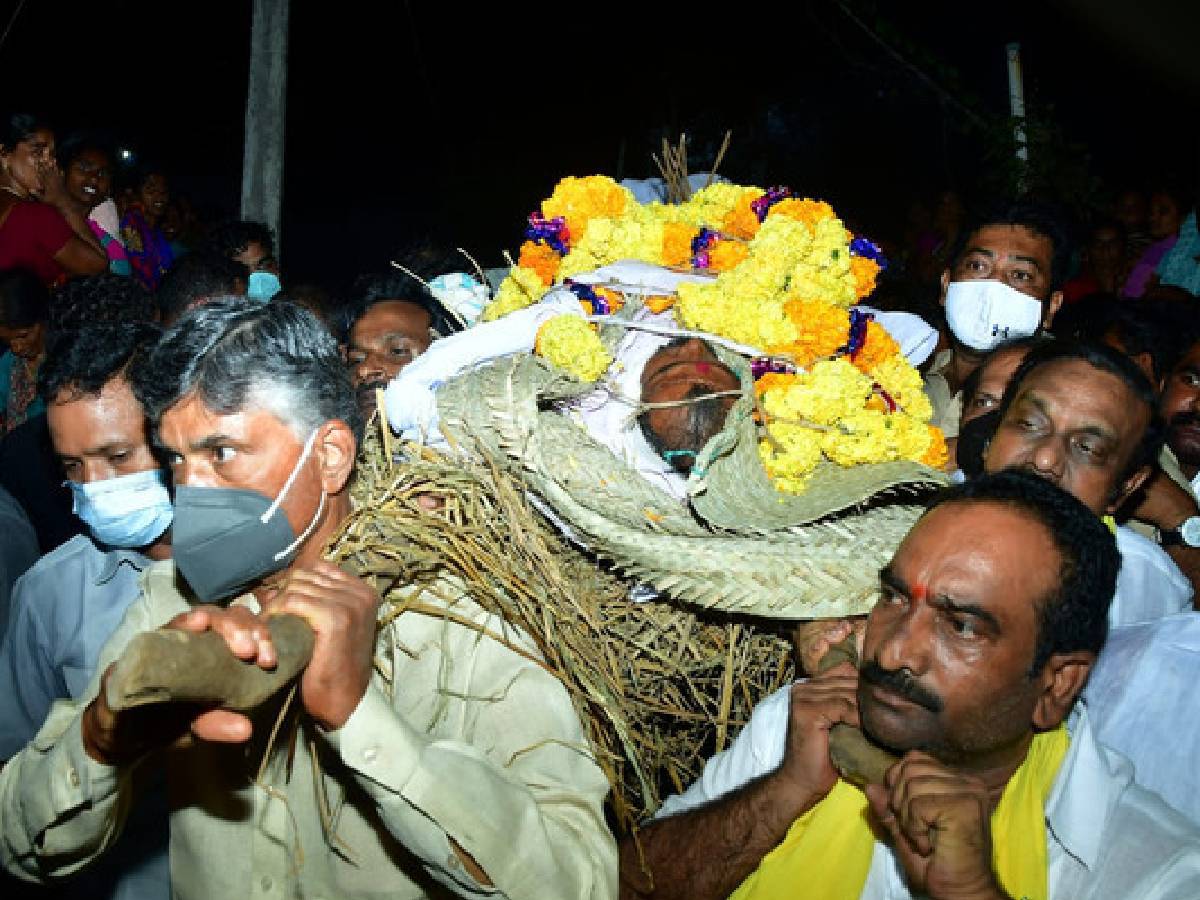 TDP chief Chandrababu Naidu took part in the last rites of slain TDP leader Thota Chandraiah who was allegedly killed in Gundlapadu village in Guntur district by political rivals and YSRCP leaders. Chandraiah was hacked to death on Thursday (Jan 13, 2022) when he was going to his village on his two-wheeler. A pall of gloom descended with his murder on the eve of Sankranthi festival.

Chandrababu carried the body of Chandraiah on his shoulders and consoled the family members of Chandraiah. He assured all required support to the family. A financial aid of Rs 25 lakh has been announced to bereaved family as Chandraiah was sole breadwinner.

“Chandraiah has sacrificed his life for democracy. I won’t let his sacrifice go waste. Macherla is no one’s kingdom. In democracy, power is not permanent for anyone. CM Jaganmohan Reddy is encouraging politics of violence. He is offering posts to criminals and murderers. We will save our leaders and party workers from the clutches of violent leaders of YSRCP. CM Jagan should control his men and take steps to stop crimes and violence,” said Chandrababu in an emotional post on his Instagram wall.

Meanwhile, police are investigating the case. The police have booked cases against Chinta Sivaramaiah, Chinta Adinarayana, Thota Anjaneyulu and five others, Prasad said. Chinta sivaramaiah is a repeat offender. He was indulged in other murder cases as well.