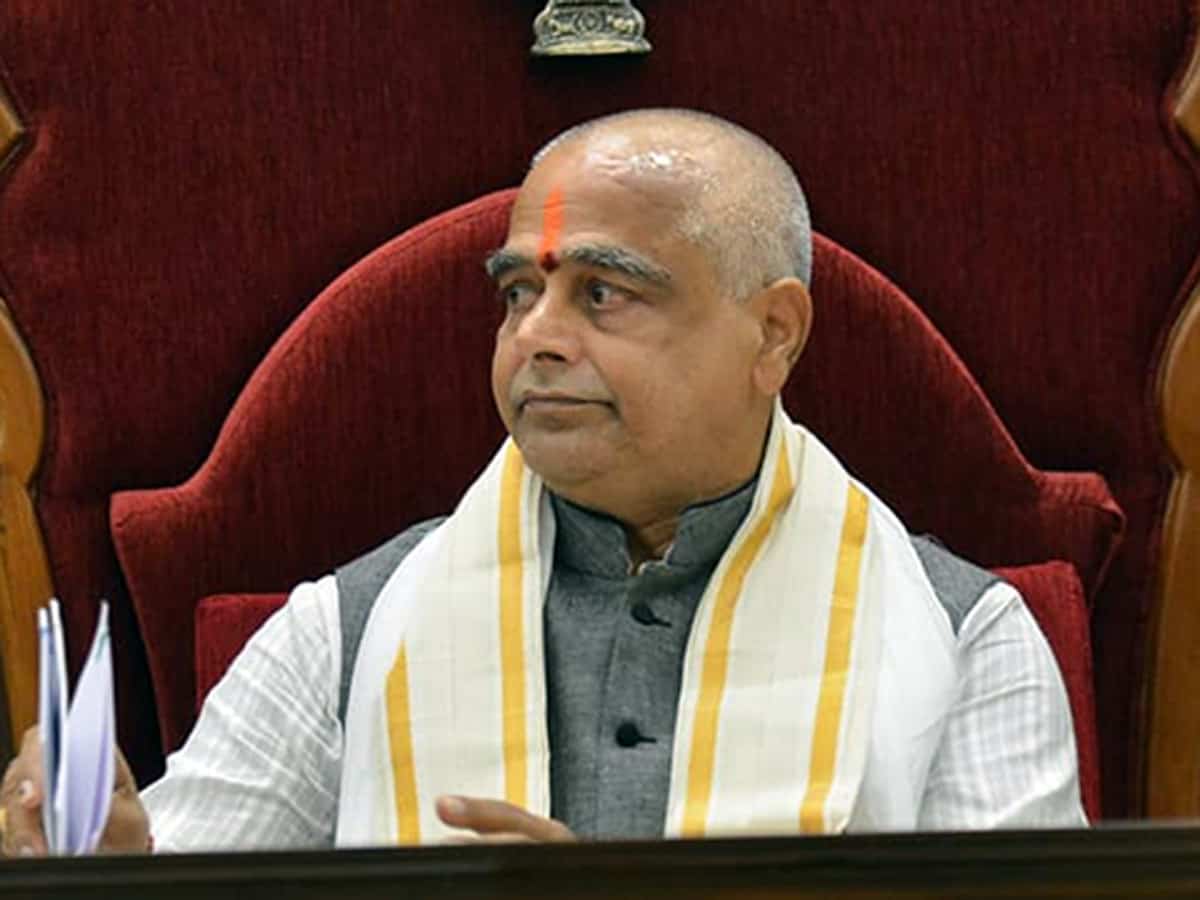 The conduct and remarks of senior politician and AP Assembly Speaker Tammineni Sitaram have courted controversy. His comments questioning the court and the sanctity of its orders and directives have drawn criticism from several quarters of the society. He said that the judiciary was interfering in the policy decisions of the elected government in the state. Castigating the judiciary, the Speaker said that the courts were trespassing the powers of the popularly elected government. Further, he said that the courts must respect the people’s mandate.

Further, he said: “If courts can dictate orders and say do this and or do that, … what for should elections be held and leaders be elected. Why do we need a Legislative Assembly? Why elect a CM or Speaker?”He said it was time that the intellectuals debate on the issue.

In an earlier instance, he spewed venom at Telugu Desam Party supremo and Opposition leader N. Chandrababu Naidu on the floor of the House by ridiculing the party for having won less number of seats in the general elections and said “Idoka party na? Nuvvu pratipaksha nayakudiva?”. Such derogatory remarks by a Constitutional Head have been criticised by many senior political leaders.

In fact, leaders occupying Constitutional posts have to maintain the sanctity of the positions by being apolitical and remaining neutral. Even if they speak politics, they should take care that the comments do not attract criticism or condemnation. They should never speak politics, political analysts say.

However, Tammineni seems to have thrown the norms to wind and crossing all the borders. In one instance, he even shouted at a mediaperson during the sidelines of a programme and asked him to ‘shut up’. The Honourable Speaker has been hogging the limelight by making controversial remarks very frequently. If such comments were made in a couple of instances, then, it could be understood to have been done out of mistake or compulsion. However, it seems to become a habit for the Speaker to belittle the TDP and its chief N. Chandrababu Naidu, senior political leaders opined.

They faulted Tammineni for going overboard and being over enthusiastic in fuming at the TDP and its president N. Chandrababu Naidu. They said that such conduct was not expected from a Speaker. They reminded that Assembly Speaker was a respectable post and likened him to a ‘teacher’ in a classroom.

Political analysts feel that the Speaker was frequently kicking up a row and fuming at the Opposition with a strong reason. There is buzz that Tammineni has been trying to win the heart of Chief Minister Y.S. Jagan Mohan Reddy by making derogatory and demeaning statements against the TDP and its leaders expecting a Cabinet berth fit for his experience in politics than the post of a mere Constitutional head.

Recently, two Cabinet berths have fallen vacant with Pilli Subhash Chandra Bose and Mopidevi Venkataramana getting elected as the Rajya Sabha MPs. Political observers say that Tammineni is eyeing one of the vacant berths and so trying to get into the good books of the CM by targeting the Opposition and its leaders.