If This Is Great, Anna Canteens Would Have Done Wonders 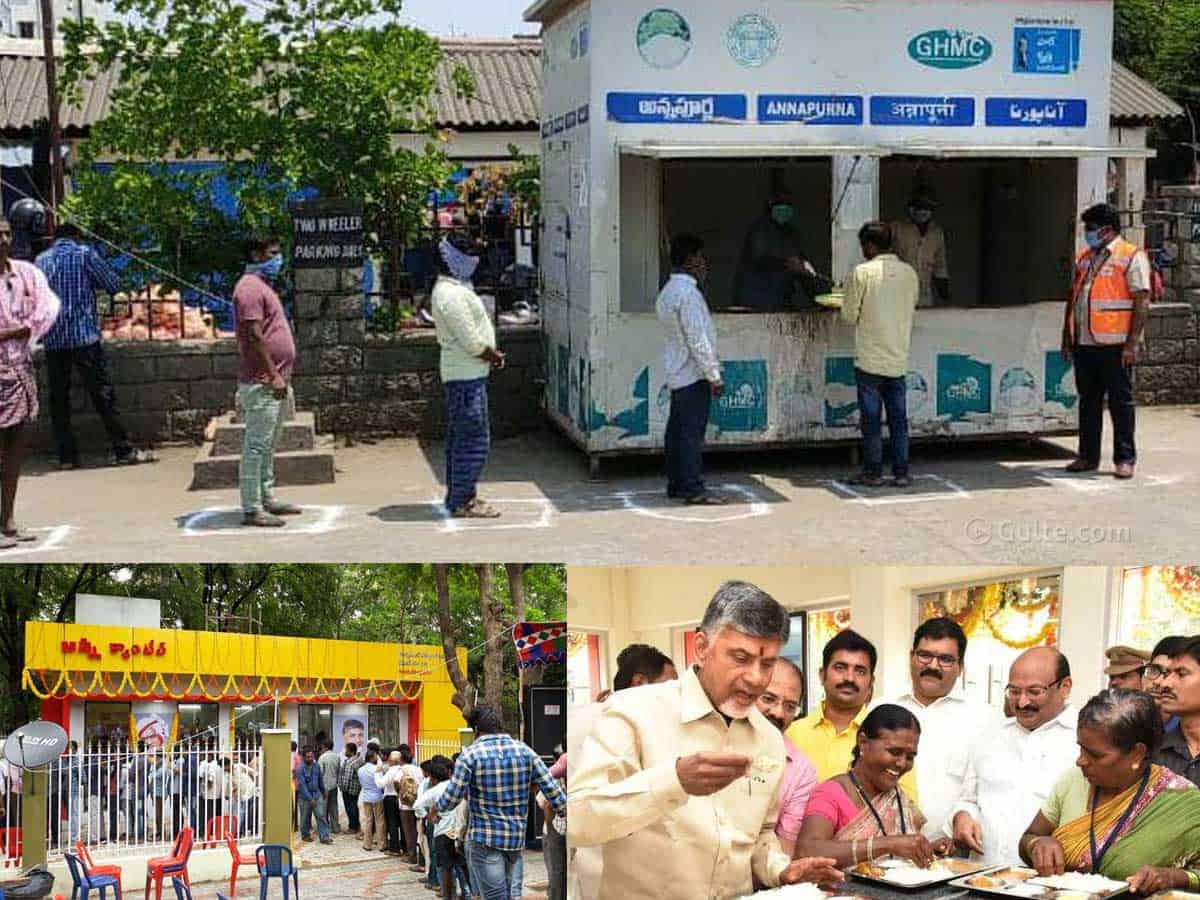 The swift attack of coronavirus has left us all along with the officials clueless on handling the things further, though the government is coming up with best thoughts and acts on time. One of them is lock-down but with a set back of food unavailability due to closure of all eateries everywhere.

The national media is all praise for Telangana’s Annapurna canteens, which have been serving free food for the needy at almost 150 centers in the state and many poor and middle class have been availing the benefit. The price for a meal at Annapurna canteen is Rs 5. A great job indeed by the government of Telangana through GHMC at this crisis time. The national media wished if this concept exists all over the country during this time.

Well, if this is great, many are wondering what Anna Canteens could have done now. Former CM Chandrababu Naidu launched the concept of Anna Canteen in AP as Anna Canteens with almost 300 centres all over the state with three meals a day just for Rs 5 each. All those canteen centers from the flagship scheme of TDP were shut down by the present YSRCP government. The poor and working-class people who enjoyed the benefit of Anna canteen during TDP’s regime knew how great was it.

If the Anna Canteens existed today, they could have served a large number of needy, like it used to serve food for more than 1000 people at each canteen in the state. That is more than 2.5 lakh meals for each session all over the state.

Crisis-handling needs resources and knowledge, but making good use of existing schemes and resources at right time needs vision.