Never Before: AP Farmers Unhappy With Jagan For This Reason 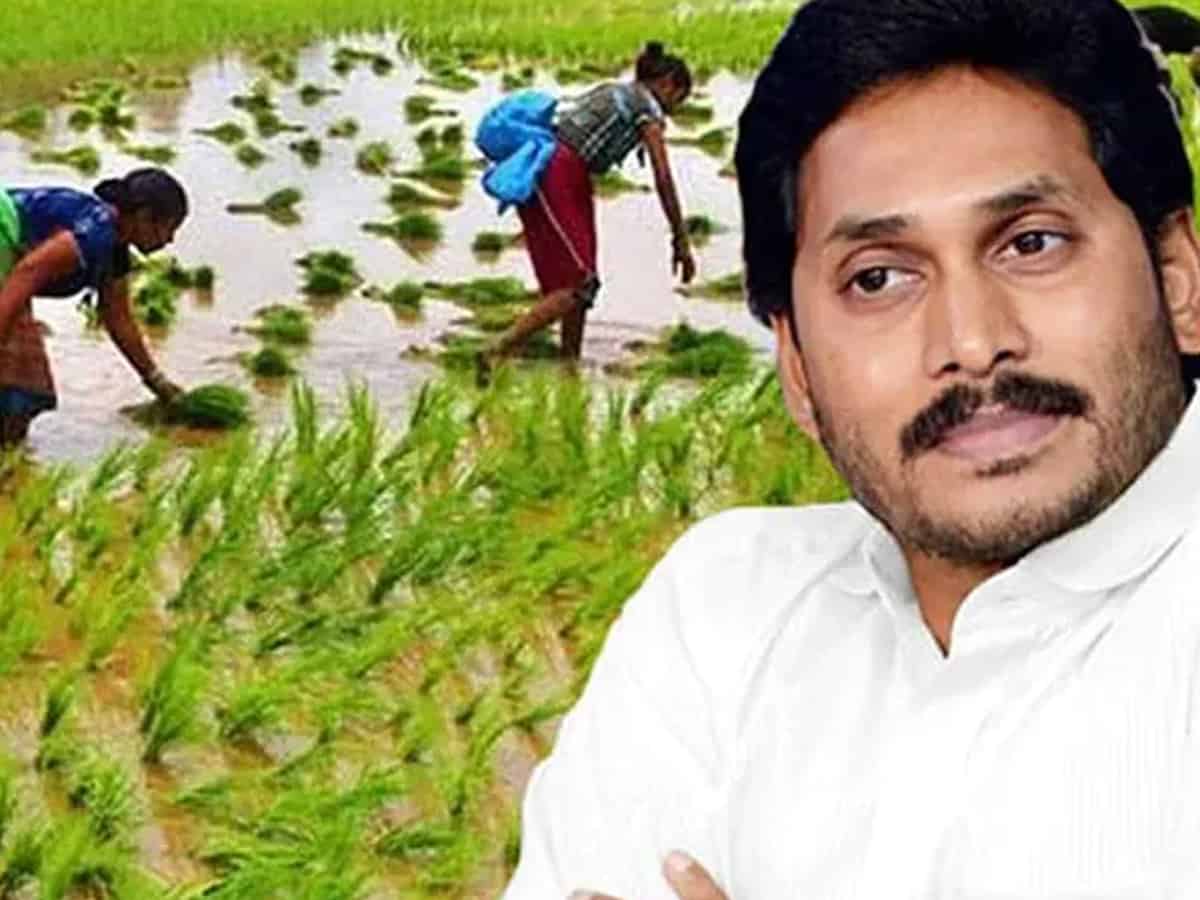 The Opposition TDP today come down heavily on the YCP government, which proclaims itself to be farmer-friendly, has been showing false statistics with regard to paddy procurement and payment to farmers. However, the entire issue came to light after the minister for civil supplies Kodali Nani himself admitted of it in the Assembly, in reply to a question in the House.

Apparently, the state government is finding it hard to pay the dues to paddy farmers for the crop procured from them. The civil supplies officials have been trying to keep the issue a secret but the minister’s answer to a question on paddy procurement revealed the facts.

Earlier, the farmers used to protest for quality seeds, fertilisers, uninterrupted power supply to farm motors, adequate supply of water, minimum support price but after the YCP government coming to power, they are caught in a tricky situation.

Minister for civil supplies Kodali Nani and his officials have been claiming that the government has been clearing all dues to the paddy farmers within the stipulated 21 days. When the media reports said that paddy farmers were not being paid their dues, the YCP leaders and officials lambasted the mediapersons of false propaganda.

This made many feel that the government could have been paying off the farmers for the paddy procured from them. However, this belief turned out to be false.

During the TDP regime, the government used to clear farmers’ dues within 48 hours. The YCP, which was then in the opposition, faulted the government for this delay.

After the YCP came to power, the 48-hour deadline was extended to 21 days but even then, the officials are finding it hard to clear the bills.

According to minister Kodali Nani, in Kharif, the government procured 36.75 lakh metric tonne, the cost of which goes up to Rs 7,159 crore of which only 4,676 crore had been paid to the farmers.

By February 23 itself, the YCP government had procured paddy worth Rs 6,920 crore and as per the 21-day rule, by the time the minister was replying in the Assembly, the total amount should have been paid to the farmers.

If the minister’s words are to be believed, the government should now be left with only Rs 239 crore due as paddy procured after February 23 was worth only that amount.

However, the minister, in the Assembly, said that the government is yet to pay dues of Rs 2,244 crore to the paddy farmers.

The opposition leaders alleged that the YCP government had turned the civil supplies corporation into a debt-ridden department. By the time the YCP assumed power, the corporation was having debts of Rs 10,000 crore but now, they have mounted to Rs 32,000 crore.

The civil supplies officials had been taking huge loans in the name of payments to the farmers but it had been paying only the interest on the loans without clearing the principal amount.

All the government departments try to conceal aberrations and irregularities in their wings. The civil supplies officials, who had been updating details about the quantity of paddy procured and the amount paid to the farmers, stopped uploading the figures regarding payment to the paddy farmers to appease their higher-ups, said the TDP leaders.