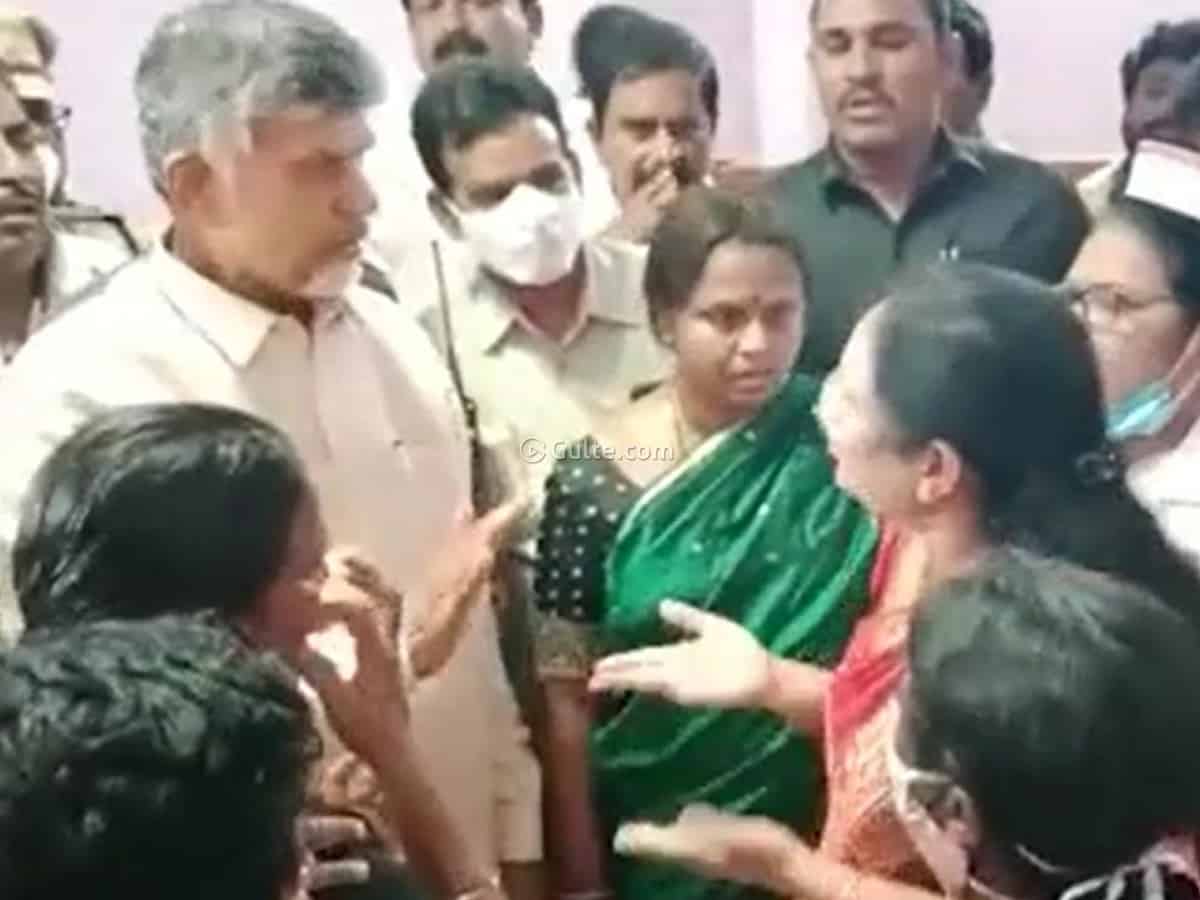 But there was chaos outside and inside the hospital with YCP and TDP leaders clashing. Andhra Pradesh Mahila Commission Chairperson Vasireddy Padma arrived at the hospital but even before her arrival, TDP chief Chandrababu Naidu made it to the location. The TDP activists raised slogans against the YCP government and demanded immediate justice for the victim. At one moment of time, the situation was on the verge of running out of control with Chandrababu and Vasireddy Padma having heated arguments over the crime.

Vasireddy Padma lashed out at Chandrababu and TDP activists that the victim was scared by the tense atmosphere. It is inappropriate to take political advantage of this crime. “In the presence of Chandrababu, I asked the CP to file a chargesheet within a week and investigate the crime thoroughly. CM Jagan is very serious about this incident and if there is any negligence from the hospital staff and the police department’s sides, severe action is on the cards,” said Vasireddy Padma.

For now the CI and SI who reportedly paid carelessness towards this crime were suspended while the YCP government has announced Rs 10 Lakh ex-gratia to the victim.

On the other hand, Chandrababu Naidu faulted the YCP government over security in government run hospitals. “This assault incident is a big shame to our AP. Is there any security for women in the state? What is the point of the Disha Act then?” questioned Chandrababu.

“Instead of visiting the victim and promising her justice, CM Jagan went to Ongole. Tadepalli camp office is very near to the government hospital but Jagan had other priorities. I demand the Chief Minister to reach out to the victim,” said the TDP chief.

Chandrababu demanded justice to the mentally handicapped girl and from TDP’s side, he announced Rs 5 Lakh financial assistance.