Viral Pic: The State With Highest Petrol Price In Country! 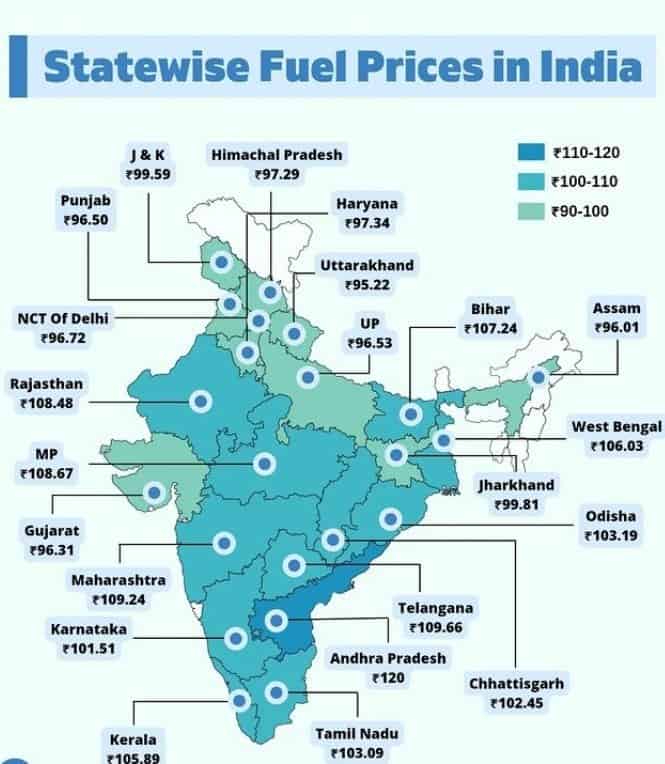 The Telugu states are in the limelight after the Centre imposed a cut in the excise duty. After the latest excise cut, the incidence of central tax on petrol will come down to ₹ 19.9 a litre and that on diesel to ₹ 15.8 per litre. Post this cut, the petrol prices came down by Rs 8 per litre and the diesel price cut by Rs 6 per litre.