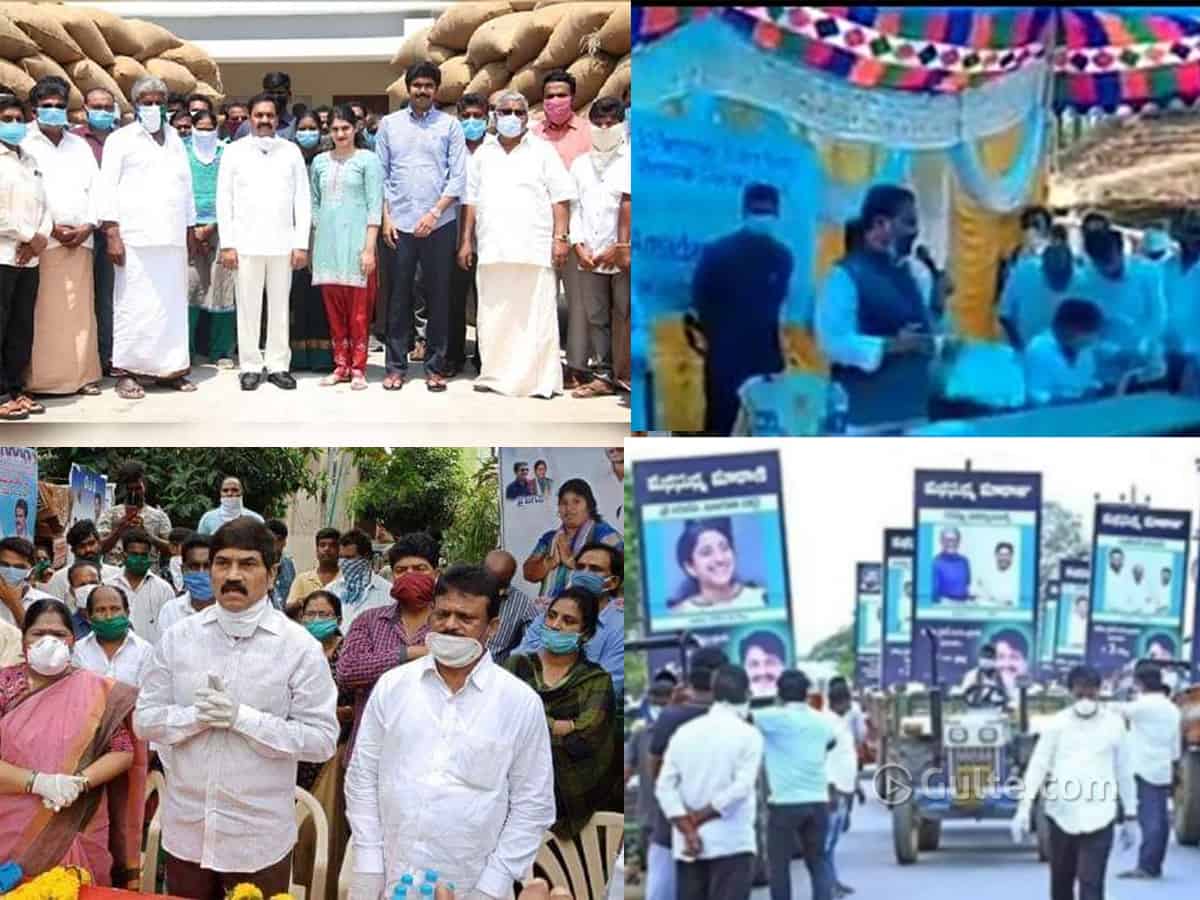 Ever since Corona Virus outbreak broke, Andhra Pradesh has been in news for wrong reasons for its political infighting and blame game. Right from the lockdown, there has been violation of rules of social distancing in AP as none other than ruling party leaders themselves breaking the rules citing distribution of groceries and daily needs to poor.

YCP leaders are brazenly violating lockdown rules by resorting to processions, rallies and not maintaining social distance. Be it the display of the donors for the cause of Corona or YS Vijayamma’s birthday celebrations in Vizag or YCP MLAs openly resorting to rallies in the name of distribution to poor and garnering publicity, YCP is under severe criticism.

The latest is none other than AP Speaker Tammineni Sitaram who toured around Srikakulam district and supplied essentials. However, as part of it, he has addressed crowd where social distance is totally not maintained. He reasoned that Corona is due to adopting western tradition and ignoring our tradition, culture. The video of Tammineni’s address to crowd where they were sat next to each other in broad day light is clear violation of lockdown, opine netizens.

Meanwhile, several MLAs of YCP have already violated the lockdown rules. Srikalahasti MLA Madhusudhan Reddy had organized rally in his constituency and this is suspected to have resulted in 25 members testing positive for Covid-19 of which 11 members are government officials.

Kovur MLA Nallapureddy Prasanna Kumar Reddy and Sarvepalli MLA Kakani Govardhan Reddy from Nellore district too violated lockdown. Nallapureddy was earlier warned by local police and despite that he had yet again violated lockdown claiming to help the poor. And social distancing was not maintained among the crowd. All these are raising tension in Andhra as there is chance of spread of Corona Virus and there could be increase in Covid-19 cases.