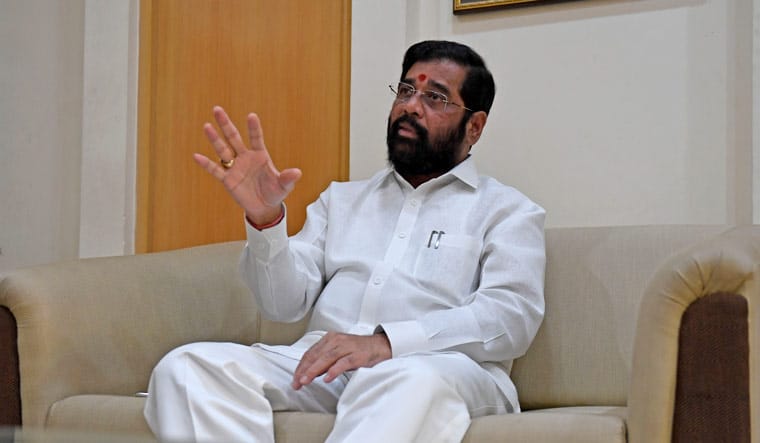 The Maharashtra crisis has come to an end finally. Eknath Shinde, who engineered a split in Uddhav Thackeray’s Sena and made 40 MLAs join his side, has become the 20th CM of Maharashtra. Shinde along with the support of the BJP’s Fadnavis and independents sworn in as the new CM. Take a look at Eknath Shinde’s journey and his background.

58-year-old Shinde has come a very long way. He has a very humble beginning. Started as an auto rickshaw driver in Thane’s Wagle Estate (the area he now represents), he is a die-hard fan of Shiv Sena founder Bal Thackeray. This made him a Shiv Sainik in the 1980s. Even during Shinde’s rebellion recently, he and his camp repeatedly stated that they are Bal Thackeray’s staunch followers and original Shiv Sainiks who stick to the party’s right-wing ideology.

Eknath Shinde had a steep rise in Shiv Sena. Started as a shaka activist from Kisan Nagar area from where he was elected as a corporator first (1997), he went onto become MLA and cabinet minister. Shinde was groomed by late Shiv Sena firebrand Anand Dighe. Shinde is good at mobilising people to participate in Sena’s protests and welfare programs. This made him earn Anand Dighe’s trust. He served as Urban Development & Public Works minister. His son Shrikant Shinde is a Lok Sabha MP from Kalyan and his brother Prakash Shinde is a Councillor. Shinde took oath as CM and BJP’s former CM Devendra Fadnavis was made the Deputy CM.

This is the humble background and meteoric rise of Eknath Shinde from an auto driver to Shiv Sainik to Chief Minister of Maharashtra.