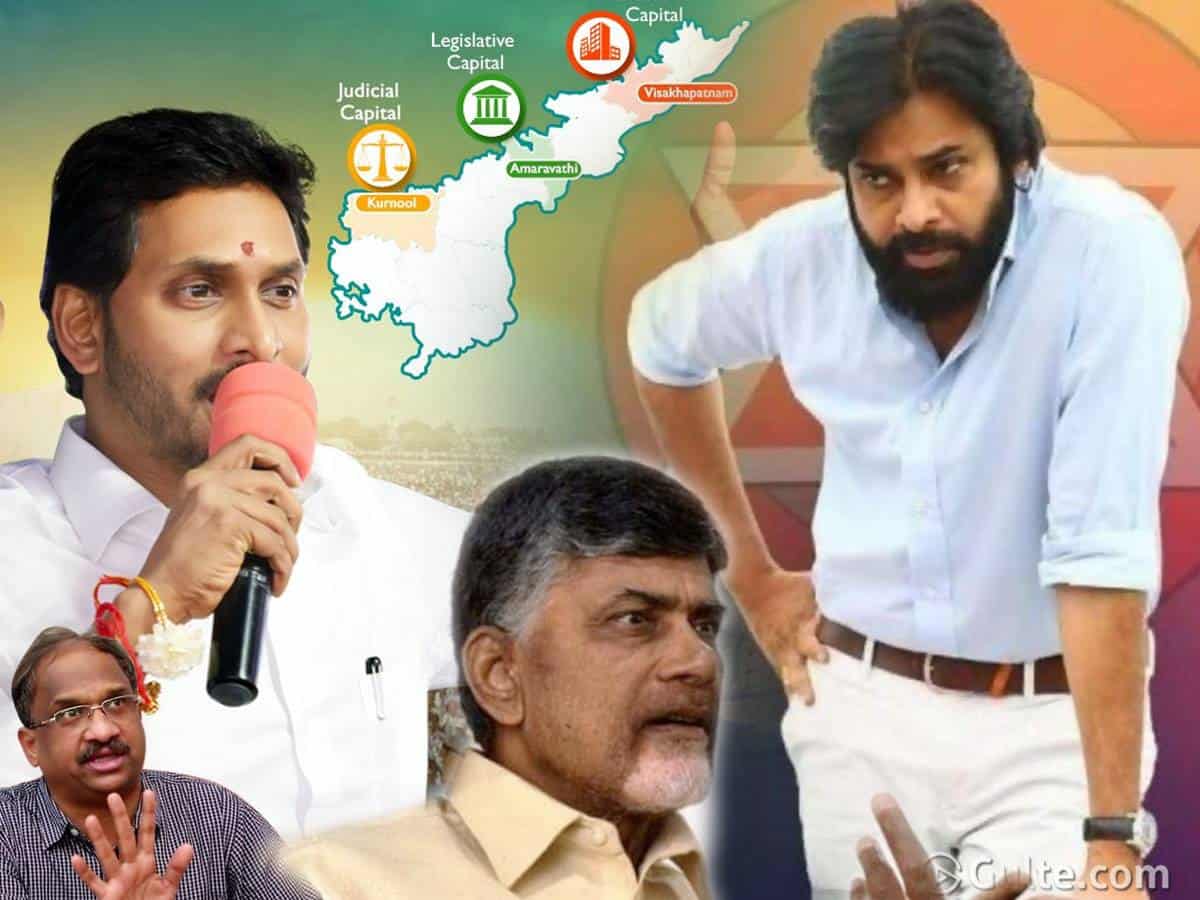 The Jana Sena chief Pawan Kalyan demanded the resignation of both YSRCP and TDP MLAs to seek a fresh mandate from the people on Amaravati.

The Jana Sena has won only one seat in 2019 polls. Though he has not quit the party, the lone Jana Sena MLA is supporting YS Jagan government inside and outside the house. Therefore, Pawan has nothing to lose by seeking resignation of legislators.

Surprisingly, Pawan Kalyan has not demanded the resignation of MLCs. Such a demand would worry his ally BJP too, as it has representations in upper house. Pawan Kalyan should have sought the resignation of BJP MLC representing north coastal Andhra graduates to seek the mandate in favor of Amaravati. This would make more sense as the executive capital is shifted from Amaravati to Vishakhapatnam.

Even the BJP seems to have simply ignored the demand of its ally Pawan Kalyan. Obviously YSR congress has summarily dismissed the demand and in fact sought the resignation of TDP MLAs to prove that Amaravati sentiment exists. The TDP has not yet officially responded to the demand either from Pawan Kalyan or YSR Congress.

In fact, the TDP sought the dissolution of the state assembly to seek the fresh mandate from the people as the ruling YSR congress has not promised three capitals. During the elections, the YSRCP manifesto committee chairman Ummareddy Venkateswarlu in fact clarified that his party is committed to Amaravati.

Often a parallel is drawn to the Telangana movement, wherein, KCR repeatedly used resignations of elected representatives as a weapon to testify the efficacy of Telangana sentiment. But, the demand for a capital is not similar to the demand for a separate state. The demand for Telangana was as old as formation of Andhra Pradesh as the first linguistic state in 1956.

The people of all regions of Andhra Pradesh do not equally share the sentiment for a green field capital at Amaravati. The Chandrababu Naidu regime projected Amaravati as brand TDP. As a result, the non TDP sections do not own Amaravati with similar fervor. In fact entire opposition during TDPs rule opposed the Chandrababu Naidu’s grand capital vision, though they agreed to Amaravati as a capital.

Given this political context, the resignation of TDP MLAs, if contemplated may perhaps even proved to be a self defeating exercise. If TDP retains all the seats, nothing will be proved. But, if the party suffers reverses even in few seats, it can be portrayed by the YSRCP as peoples endorsement of YS Jagan three capital formulae. Anything can happen in elections, especially when the ruling party has all the paraphernalia to fight the polls.