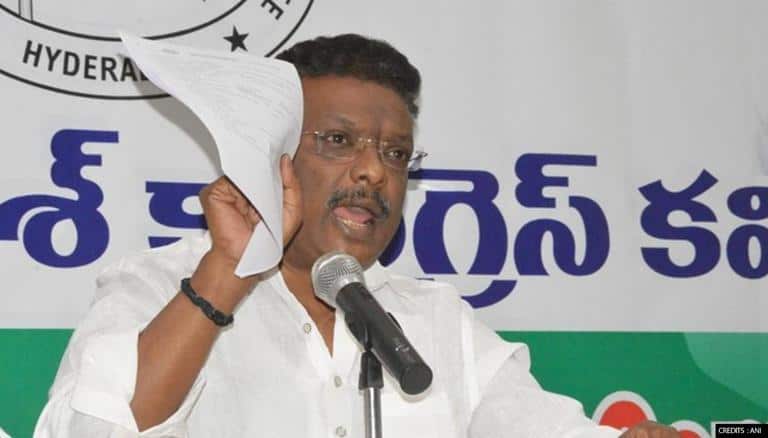 It’s all happening in Telangana Congress. On one hand T-PCC chief Revanth Reddy is trying his level best to strengthen the party by in-taking leaders from various parties and at the other end some notable faces are quitting the T-Congress.

Short while ago T-PCC’s official spokesperson Dasoju Sravan tendered his resignation to T-Congress and he also changed his Twitter bio to just ‘Telangana Activist’ and ‘Proponent of Social Justice.’ He also deleted majority of tweets in support of Congress while he retained those criticizing TRS government

From the media reports we hear that Dasoju Sravan is upset with T-PCC leadership for paving the way for PJR’s daughter Vijaya Reddy into the party. There are also reports that Sravan is unlikely to get a ticket (mostly Khairatabad) for the next polls owing to Vijaya Reddy’s inclusion and other political equations.

Calculating all these, Sravan decided to end his association with T-Congress. He is a good orator and is highly critical of TRS party/government, CM KCR and KTR. With PCC chief Revanth Reddy, Sravan maintained good balance simultaneously with the Congress leadership yet things did not work out his way.

Now the only option before Sravan is Telangana BJP and he can certainly fit in the saffron party to take on the TRS party. But for now Sravan hasn’t revealed any of his future plans.