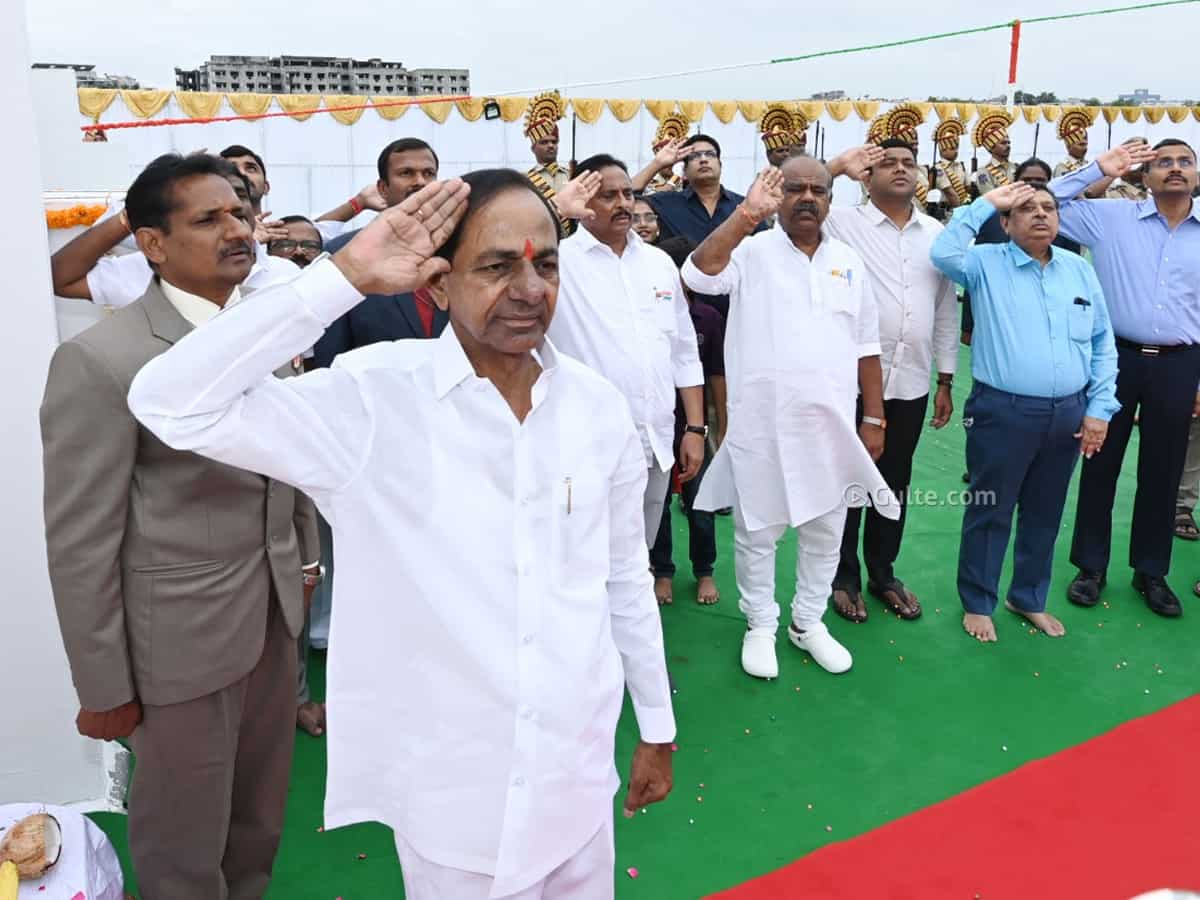 Listing out the TRS government’s achievements in the last eight years, KCR said Telangana is now the model state in the country and we have evolved as an economic hub. “The state government is providing 24 hours electricity and we have achieved 11.6 percent progress in irrigation and and in industrialisation, the state ranks top,” said KCR.

The second half of KCR’s speech was fully a criticism of the NDA government led by Modi. “India is a union of states but the government of India is not following the federal spirit and is trying to snatch the powers of states with an intention to make them economically weak,” said KCR.

Citing the example of the Centre’s revenue sharing policy, KCR quoted that all the states should get 41 percent of revenue collected by the government of India. But deducting 11.4 percent, the Centre is only contributing 29.6 percent of its revenues. This is pushing states into unstable economies which would pose a threat for their growth.

KCR also raked up the issue of ‘Freebies’ and added that welfare is the responsibility of the states and Centre. “The government of India is insulting by terming welfare as Freebies and on the other hand, the inflation has gone up like never before. Fuel prices are on the rise, prices of essential commodities have become expensive and a burden for the common man,” said KCR.

With this speech KCR yet again reiterated that he is aiming at national capital politics and is ready for a big fight with the BJP in 2023 and 2024. This fight is going to make KCR sweat hard because it is no ordinary one.