Sharmila, Better Go To AP And Settle Things With Jagan 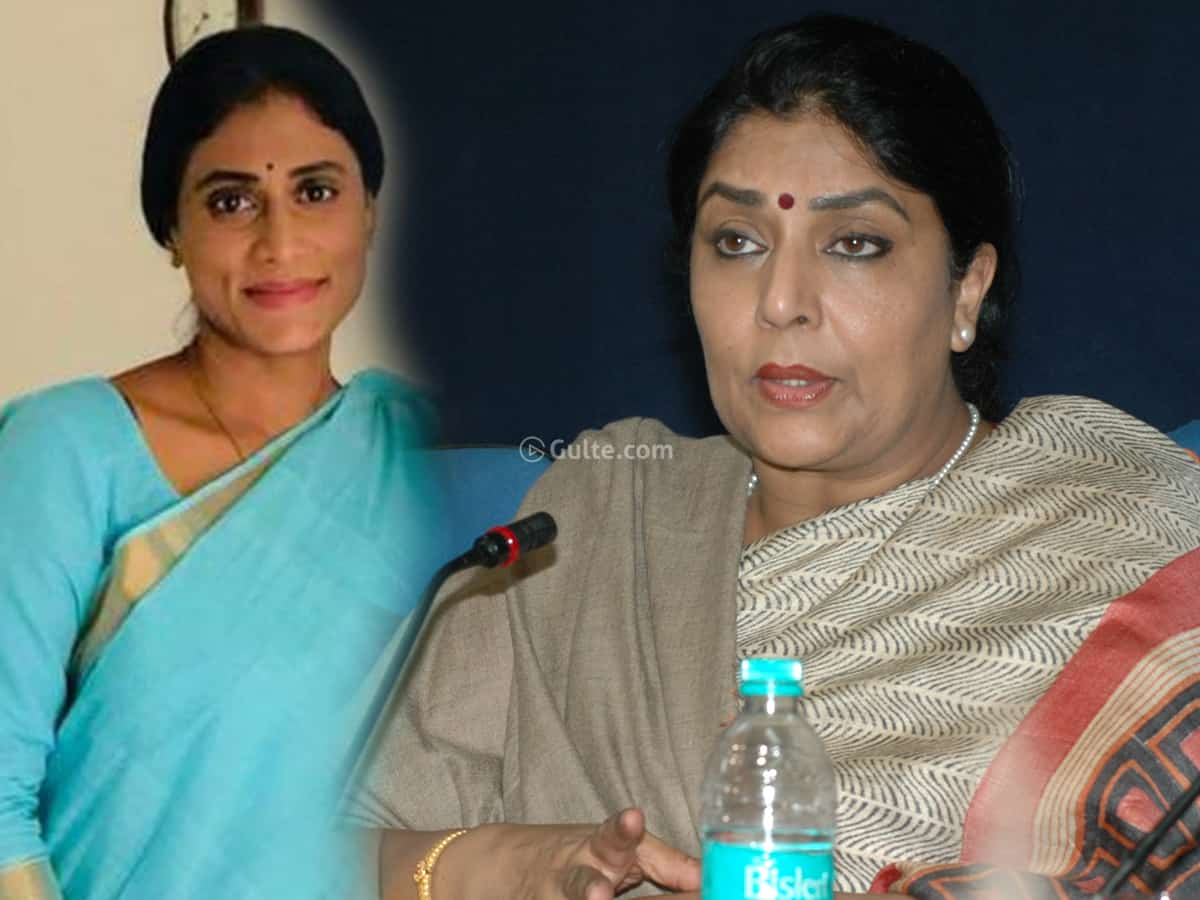 Veteran Congress leader and firebrand Renuka Chowdary ridiculed YSR Telangana Party (YSRTP) president and late YSR’s daughter Y.S. Sharmila for making funny statements regarding a threat to her life. “This is a movie dialogue. Who is interested in killing you and what will they gain from it? Who is she and when did she enter politics,” she asked.

First, you better go to Andhra Pradesh and settle things with the man governing ‘Kammaravati’ and then come here, she suggested. She faulted Sharmila for not making any statement against the YCP MP who sent his nude images to women on phone even when news channels kept telecasting it repeatedly. It is a shame that YCP MPs have stooped to such low levels and it appears to be the yardstick of the elected representatives in the YCP, she pointed out.

On Sharmila’s allegation that there was a conspiracy behind YSR’s death, Renuka reminded that it was her mother (Vijayamma) who sent YSR in the chopper that morning. “YSR’s family members were beside him when he boarded the chopper. How can somebody else be blamed for the death,” she asked.

“In fact, we are mourning YSR death till date while his own children are busy doing politics. YSR might have not been at peace with either of his children when he was alive,” she said.

Recalling the fateful day when YSR’s chopper crashed, the firebrand leader said that it was raining heavily and there were crosswinds. Further, the coordinates of the chopper got disturbed and it was a sudden mishap. “If she (Sharmila) has information about the conspiracy, she should fight it. Tell her to file a case.”

Sharmila also made a statement that she was fearing for her life. “If that is the case, better remain in your house. Nobody has asked you to stir out of your house and go to the voters at gunpoint. Where did you get all the money to fund your padayatra and your campaigning? You are feeding the poor and also distributing money in packets. From where did you source the money,” the former Union Minister asked.

When asked about her opinion on Sharmila’s statement on establishing Rajanna Rajyam in Telangana, Renuka wondered what could she do without the Congress activists. Everybody in politics knows that she had been introduced to politics only to split votes of a specific community. She is not a leader meant to win but can only split the votes, she affirmed.

“Sharmila had been brought into politics with an ulterior motive. It is a shame that people are getting involved in cheap politics.”

When asked whether she would contest from Khammam or Amaravati, she said that it depended on the Congress high command’s orders. “If I am asked to contest from Amaravati, I will go there. If asked to stay in Telangana, I will be in Khammam as I am ‘Saswata Khammam Aada bidda’,” she said, adding that she would abide by the party’s discipline.

On Munugode bypoll, Renuka exuded confidence that it is ‘Congress Adda’ and was double sure that the party candidate Palvai Sravanthi would spring a surprise. “It is because our party candidate is a woman, you are underestimating her. Despite the differences between the party senior leaders, our party activists are supercharged and the voters are with us.”

Separate Telangana had taken shape because of the Congress. People had become CMs, ministers and MLAs in the state but are failing to acknowledge the role of the Congress, she lamented.