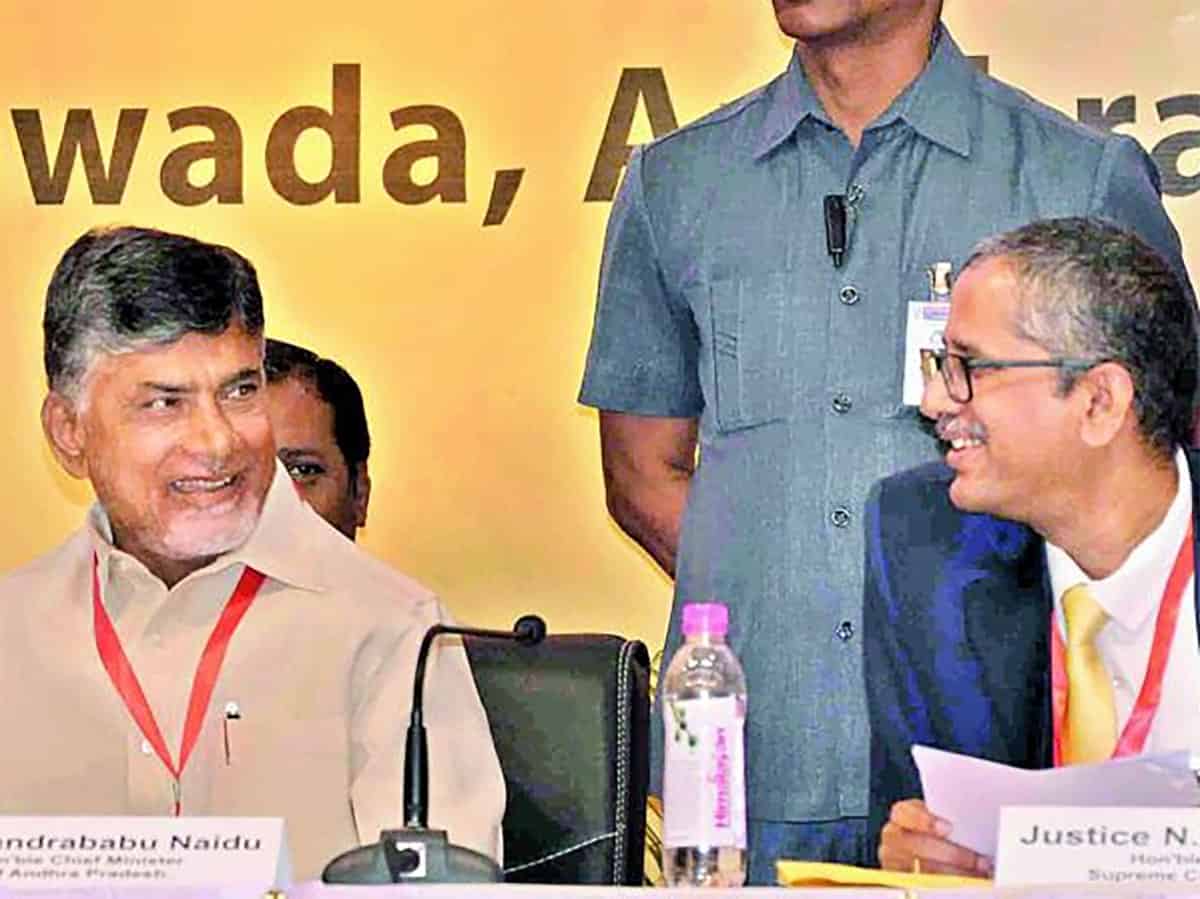 Former Chief Justice of India NV Ramana felt bad over the missing of ex-CM Nara Chandrababu Naidu’s photo. Going into details Ramana was the guest for an event held at Indian School of Business (ISB) on Friday.

Addressing the gathering, Ramana recalled the efforts of Chandrababu Naidu who was instrumental in establishing ISB in Hyderabad. “While coming to this institute I saw pictures of various world leaders, particularly from the business community, Heads of the states, Prime Ministers and Presidents et cetera. I felt little battle and I expressed the same with the Dean of ISB. It was Chandrababu Naidu who has really fought and established this institute in Hyderabad. I request the Dean to put at least one picture of Chandrababu Naidu at the administrative building,” said Ramana.

The Dean of ISB who was on the stage, immediately responded to ex-CJ Ramana’s request and assured to place Chandrababu Naidu’s picture and recognize his valuable contribution for setting up this prestigious business school in Hyderabad.

These comments from Chief Justice Ramana have gone viral on the internet.