After Roads, Pipes Targeted In Amaravati 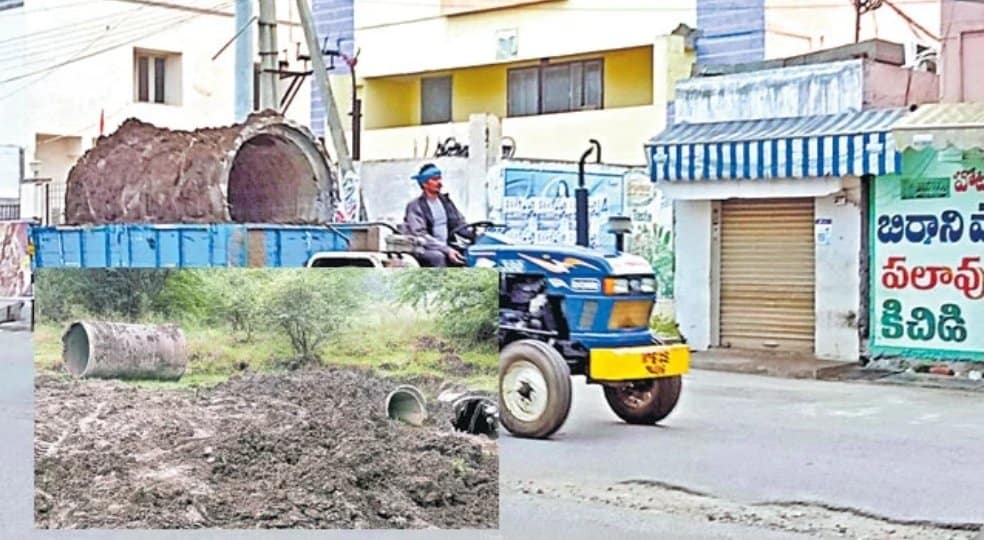 The Telugu Desam party has exposed a robbery that would severely effect the Rayapudi Lift Irrigation scheme that was initiated by ex-CM Chandrababu Naidu back in 2001. Going into details, the Tullur mandal that falls in Amaravati capital region has witnessed a huge robbery in broad daylight.

The burglars stole the pipes of the Rayapudi lifting scheme. Each concrete pipe costs around Rs 50,000 and so far the thieves have dug and transported 150 such gigantic pipes. The robbers have also looted value material and shifted to an unknown location. The police entered the scene late and managed to arrest two people involved in this daylight robbery. Four pipes, a tractor and a JCB were seized in this episode.

But what were the officials and capital region administration doing when the robbers were digging the pipes in daylight and transporting them in tractors publicly? If encroachers can dig a lift irrigation project that was constructed two decades ago with a cost of Rs 14 crore, this scenario at other irrigation projects looks completely dangerous and it is a clear lapse of security.