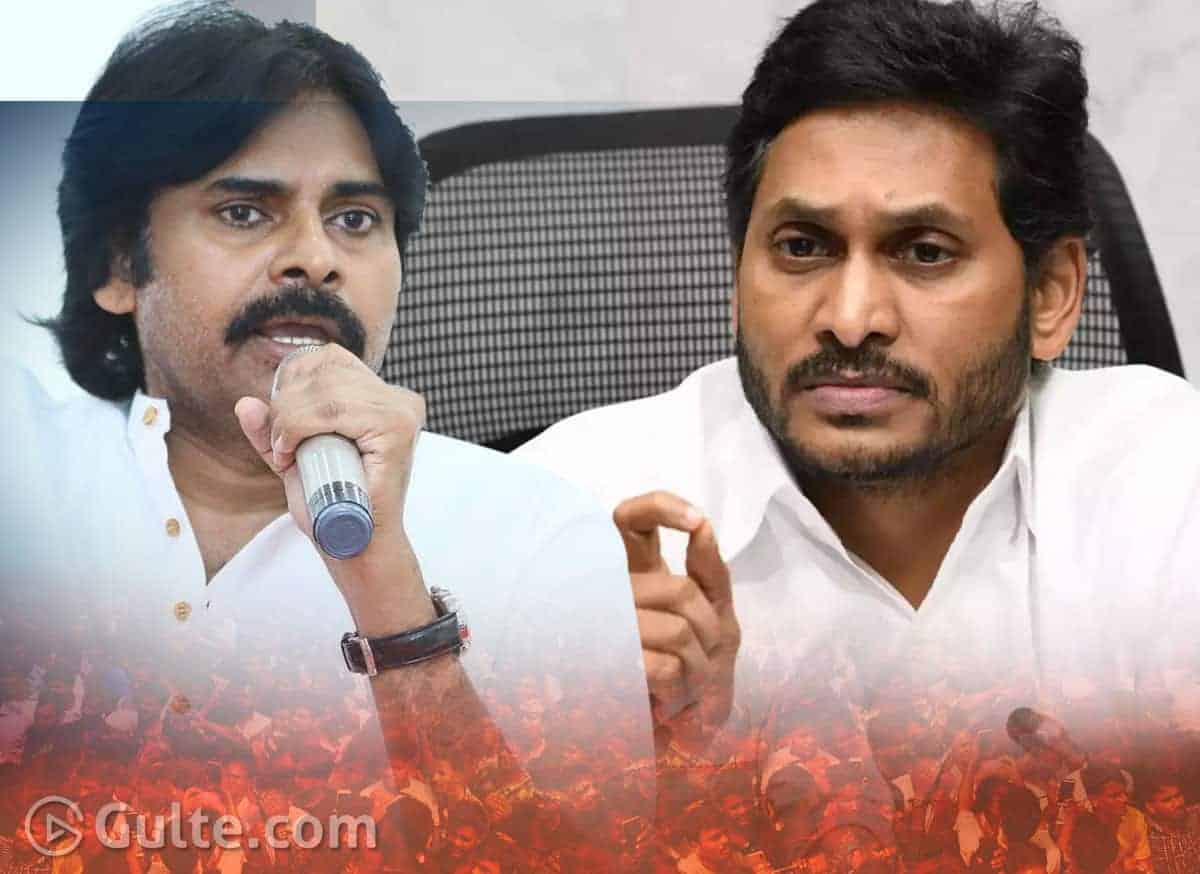 AP CM YS Jagan has responded to Pawan Kalyan’s comments and came down heavily on Janasena-TDP. Taking an indirect dig at Pawan, Jagan asked whether 3 marriages is good but not 3 capitals. Jagan made these comments while addressing the gathering at a public meeting in Krishna district’s Avanigadda.

Jagan said, “Cheppulu Chupinchi…Boothulu Tiduthunnaru.” Comparing with street rowdies, Jagan said that even they don’t use such language. “Veedhi Rowdilu Kuda Ila Matladaru,” said Jagan. He added that are these the leaders of our state. He said the people are observing what Datta Putrudu (referring to Pawan Kalyan) is saying and doing as per his Adopted Father  (referring to Chandrababu Naidu).

CM Jagan found fault with Pawan’s comments on multiple marriages. He asked what message is he giving by giving an open call to get married multiple times. Jagan said what about the future of the women in the state. “Okkokkaru Mudu, Nalugu Pellillu Cheskomani Chebithe…Akka Chellilla Jeevithalu Emi Kavali? Mahilala Jeevithalu Emi Kavali?” asked Jagan.

Jagan stated that this a battle between good versus evil calling the opposition as the evil. He said how all the anti-forces got united to beat him who is waging a lone battle. “Okka Jagan ni Kottadaniki Enthamandi Ekamayyaru?”

It can be noted that Pawan Kalyan has earlier unleashed an all-round attack on AP state government. Pawan warned YSRCP leaders that he would beat them with his chappals and showed his chappal publicly. Angry Pawan said, “Chepputho Kodathanu Na Kodakallara”. He made these warnings to YSRCP leaders who are calling him “Package Star”.