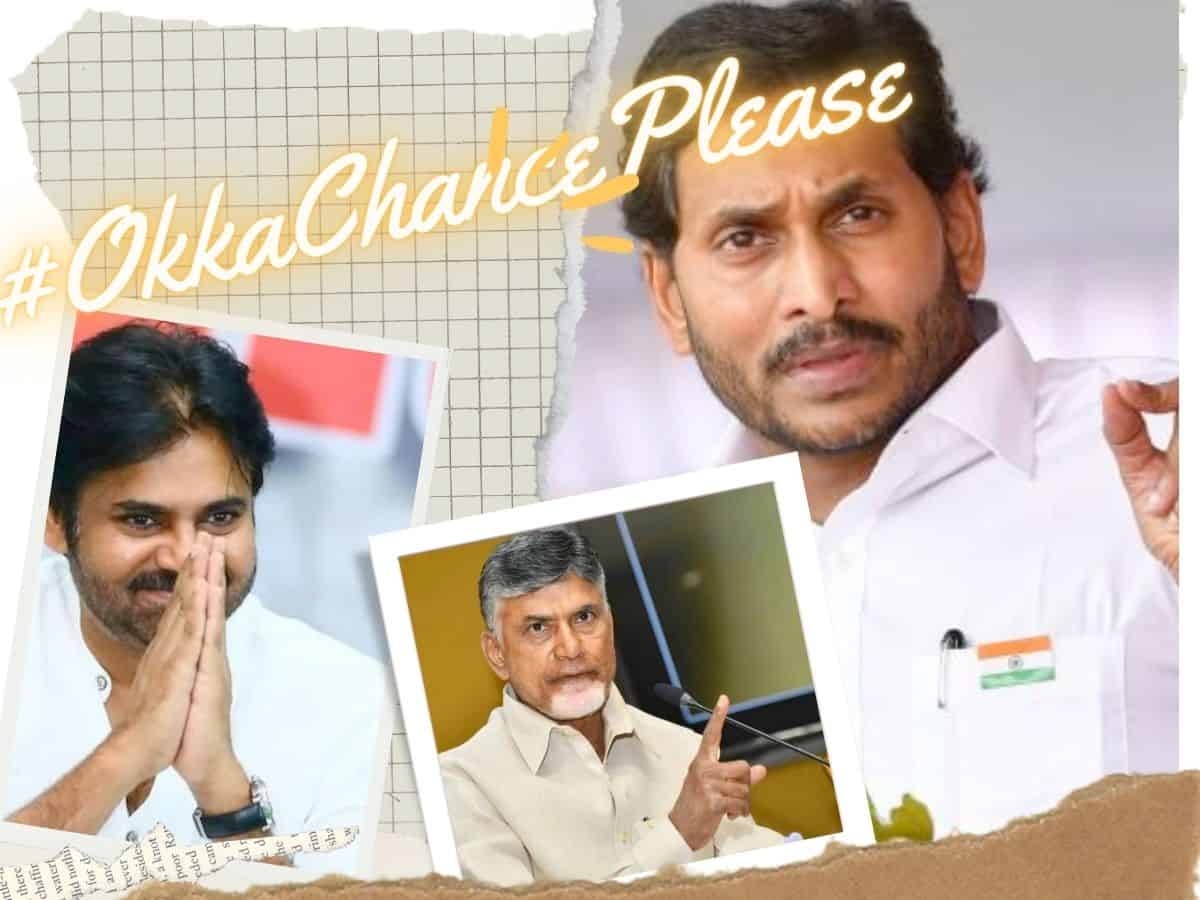 ‘One Chance Please’ is now the most commonly used phrase in AP politics. Before the 2019 general elections, YS Jagan said ‘One Chance Please’ to vote him into the government. The people of AP believed what Jagan had said and elected him as the Chief Minister. Now CM Jagan is aiming for 175 out of the 175 Assembly constituencies and 25 Lok Sabha seats in the 2024 elections.

With Jagan succeeding in ‘One Chance Please’ formula, it is now taken by Jana Sena chief Pawan Kalyan and TDP chief Chandrababu Naidu. The other day at Gunkalam, Vizianagaram district, Pawan requested people to give his party one chance of defeating YSR Congress government in the 2024 assembly general elections.

Pawan added that he spends his own money to run the operations of his political party and imagine if he is voted to power, he would provide corruption free governance to people. Pawan’s ‘One Chance Please’ comment went viral.

And last night the same formula was used by TDP chief Chandrababu Naidu. At a road rally in Pattikonda, Chandrababu stated that the onus is on the people to elect him and vote TDP to power in the next polls, else it might be his last elections. Chandrababu Naidu’s comments have stormed AP political circles as it is the first time that he has commented on his political retirement in public.

Jagan was successful in convincing the people with ‘One Chance Please.’ People will decide whether Jagan properly made use of the ‘One Chance.’ And since people of AP have witnessed the governance of Telugu Desam and Chandrababu, Pawan is the only one who is left out. More than TDP, Pawan has been agitating against the YCP government’s wrongdoings. YCP is also trying to restrict Pawan’s growing prominence in the people.

Will Jagan clean sweep in 2024 or will people show mercy on Chandrababu who is on the verge of retiring or will Pawan get that ‘One Chance?’ Looks like the campaign for 2024 elections has kicked off way too early and it is going to get more intense. Politics for a reason!