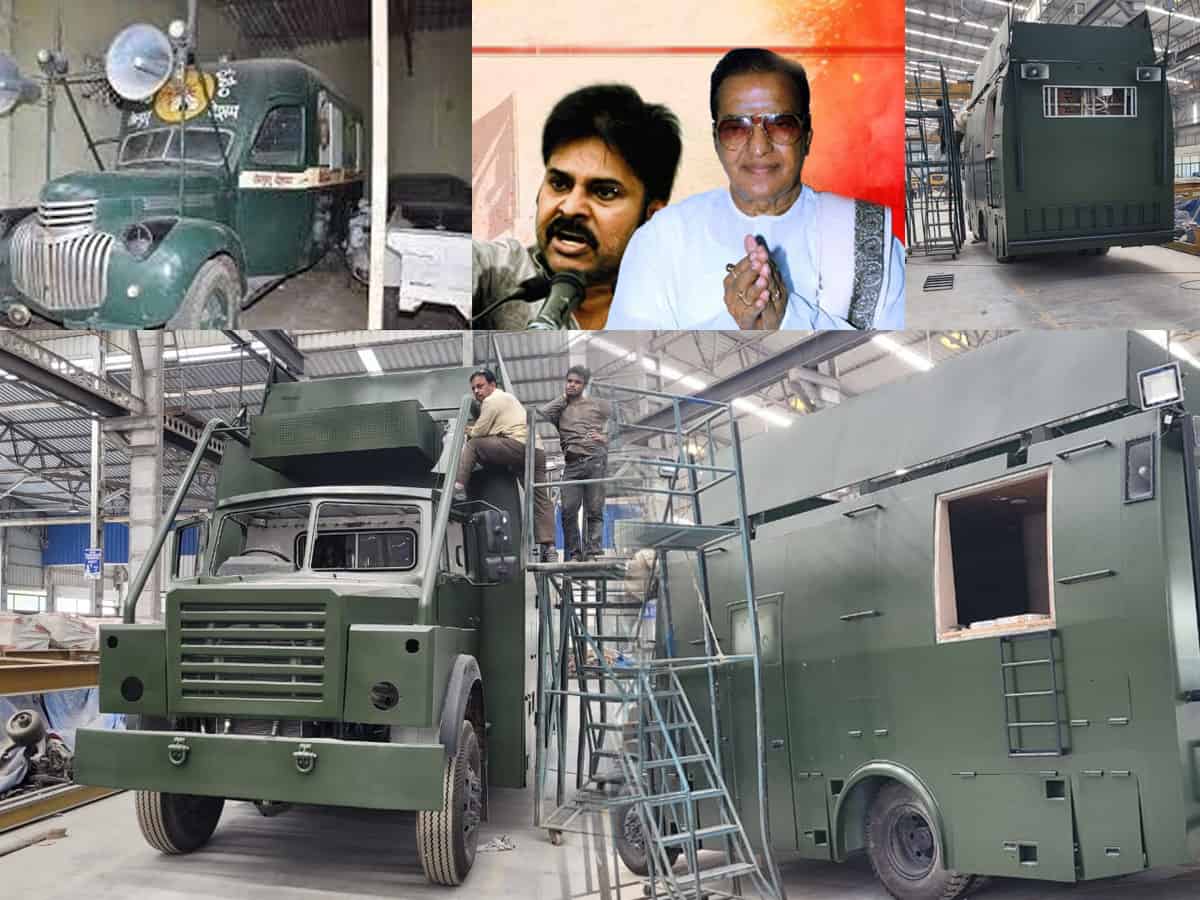 Here are some pictures of Pawan Kalayn’s Prachara Radham which are widely shared on social media platforms. The Prachara Radham is being renovated and making some interior and exterior changes suiting the needs of actor-politician Pawan Kalyan.
Pawan is all set to do a Yata where he would go into the public. Throughout his Yatra, Pawan would address the crowds. It is a pure political campaign in the run up to the 2024 polls. Hence, Pawan wanted this Prachara Radham to have a political look.

Though the initial plan was to make this van at Pune. Later, the plan was later changed. Taking Pawan’s suggestions and recommendations into consideration, Janasena team is getting this campaign vehicle ready in Hyderabad itself. Currently, the Prachara Radham is in its final stages.

However, the comparisons between Pawan’s Prachara Radham and legendary NTR’s Chaitanya Radham cropped up online. Both the vehicles are in the military green in colour which resembles patriotism. Green is also the colour which is identified with agriculture, nature and hence farmers get identified with this.

The vehicle is made to look simple and old so that common man would relate to the vehicle and thus they get connected to Pawan Kalyan and Janasena. Nowhere, it would look like a plush, lavish caravan that Pawan used during his movie shootings. Special care has been taken.

But, the similarities with yesteryear NTR’s Chaitanya Radham is pretty much evident and have become a talking point on social media platforms.