Modi Chats With Chandrababu For 10 Mins! 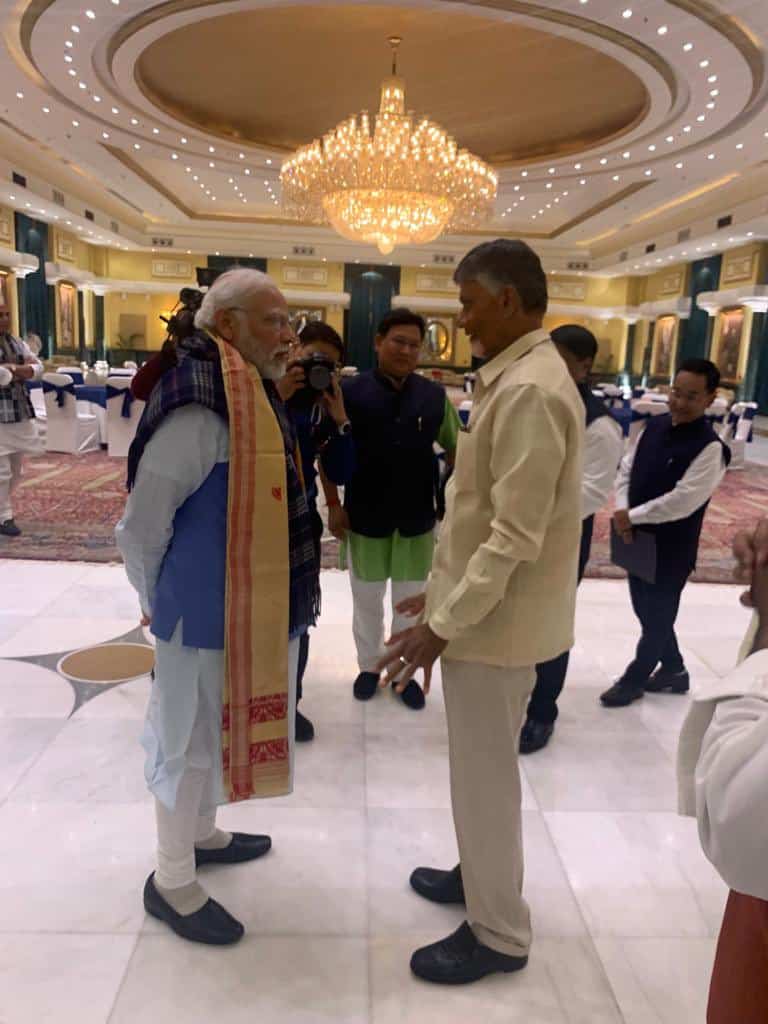 PM Narendra Modi, who has called for an all-party meeting over the G-20 presidency, met and chatted with former CM and ex ally Chandrababu Naidu. After the meeting, Modi had reportedly spoken to Naidu separately for about 10 minutes which caught everyone’s attention. While the conversation isn’t political, this is Modi and Naidu’s second interaction after BJP and TDP had ended their ties. Meanwhile, Modi also met and spoke to AP CM YS Jagan and West Bengal CM Mamta Banerjee.

Chandrababu Naidu made some key remarks at the all-party meeting which drew Modi’s attention. Naidu stressed on Digital knowledge and youth power. Chandrababu emphasized the need for preparing a vision document, at least for the next 25 years, for future generations to focus on digital knowledge.

Prime Minister Modi seemed to be impressed with Naidu’s suggestion. Modi acknowledged Chandrababu’s views and mentioned the need for preparing the vision document on this.

Speaking at the conference, Chandrababu said, “The best results can be achieved only by connecting the human resource power with the knowledge economy.” The TDP chief said that Indians are really wealth creators across the world and wanted the youth to be encouraged further.

Political rivals Chandrababu and CM Jagan sat in the same row at the meeting.