What If Abhishek Bachchan Is Found Hanging One Day? Asks Kangana 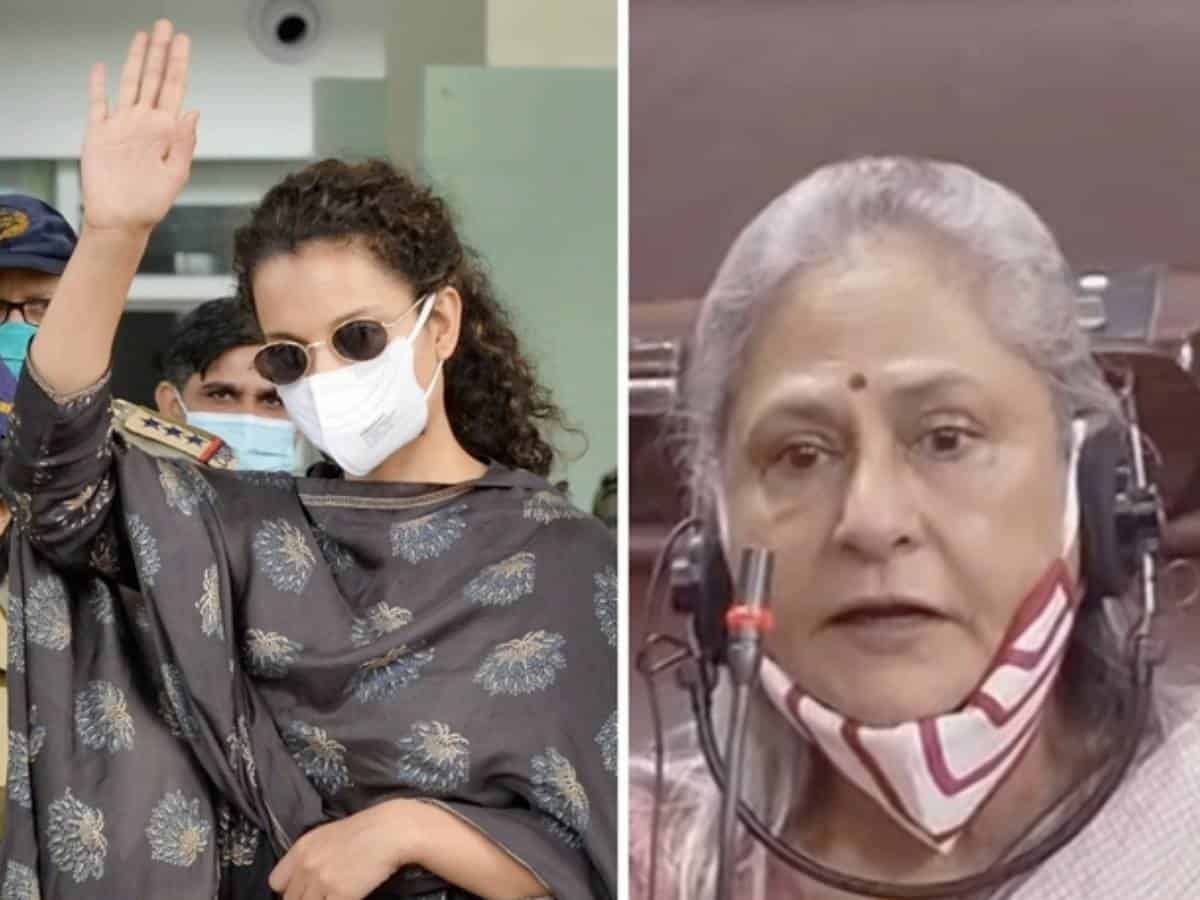 Former actress and Samajwadi Party MP, Jaya Bachchan, has today slammed the likes of Kangana Ranaut during her speech in parliament. She stated that some forces are hatching a conspiracy to defame Bollywood in the eyes of people. In the wake of ‘Racegurram’ actor Ravi Kishan’s comments other day in Lok Sabha, Jaya has today took strong objection to them.

“Just because of a few people, you can’t blame the whole industry and defame them. Don’t try to put a hole in the same plate you’re drawing your food everyday”, she said, during her speech in Rajyasabha today. Also Jaya stated that these statements are being made by actors only to divert the attention of actors from the state of unemployment and economy of the country. Hailing Jaya Bachchan, the likes of Taapsee Pannu said, “Yet again another woman from the industry stood up and spoke for us”.

But then, Kangana Ranaut took to Twitter once again to put up some of her worst comments on the frontline. “Jaya ji would you say the same thing if in my place it was your daughter Shweta beaten, drugged and molested as a teenage, would you say the same thing if Abhishek complained about bullying and harassment constantly and found hanging one day? Show compassion for us also”.

Looks like Kangana will not forget playing the victim card again and again, and right now she’s sparking up another debate, saying that she will stand for the women workers and junior artists of the film industry.