The day KTR was sent to Warangal Central Jail 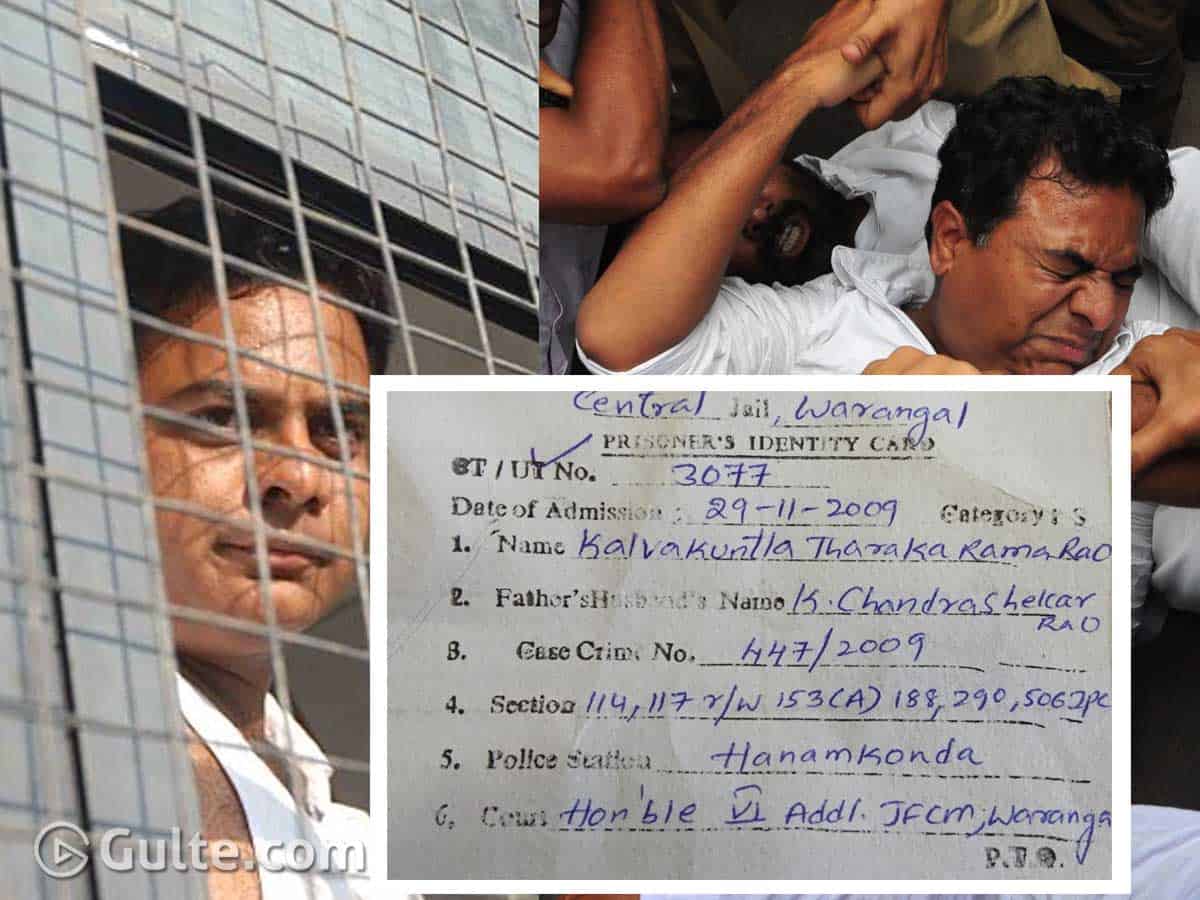 The agitation for separate Telangana statehood intensified from November 29th, 2009 with KCR’s fast unto death. TRS leaders too joined KCR and protested from their respective places. However, it was a high drama when KCR was arrested at Karimnagar and was taken to Khammam.

KCR’s son KTR followed his father but on the way he was detained by the cops in Warangal and later was sent to Warangal Central Jail. A friend of KTR has sent him the receipt of his admission detail into jail and the IT minister posted it on his Twitter recollecting the memory.

“As I was reminiscing about memories from #TelanganaAgitation one of my friends sent me this stub. The day I was sent to central jail at Warangal; Deeksha Divas, 29th Nov,2009. Brings back many memories of KCR Garu’s arrest & the time with Jayashankar Sir that day,” tweeted KTR.

Very recently TRS party has completed two decades of formation and KTR is actively promoting the party on social media. The above is part of it.