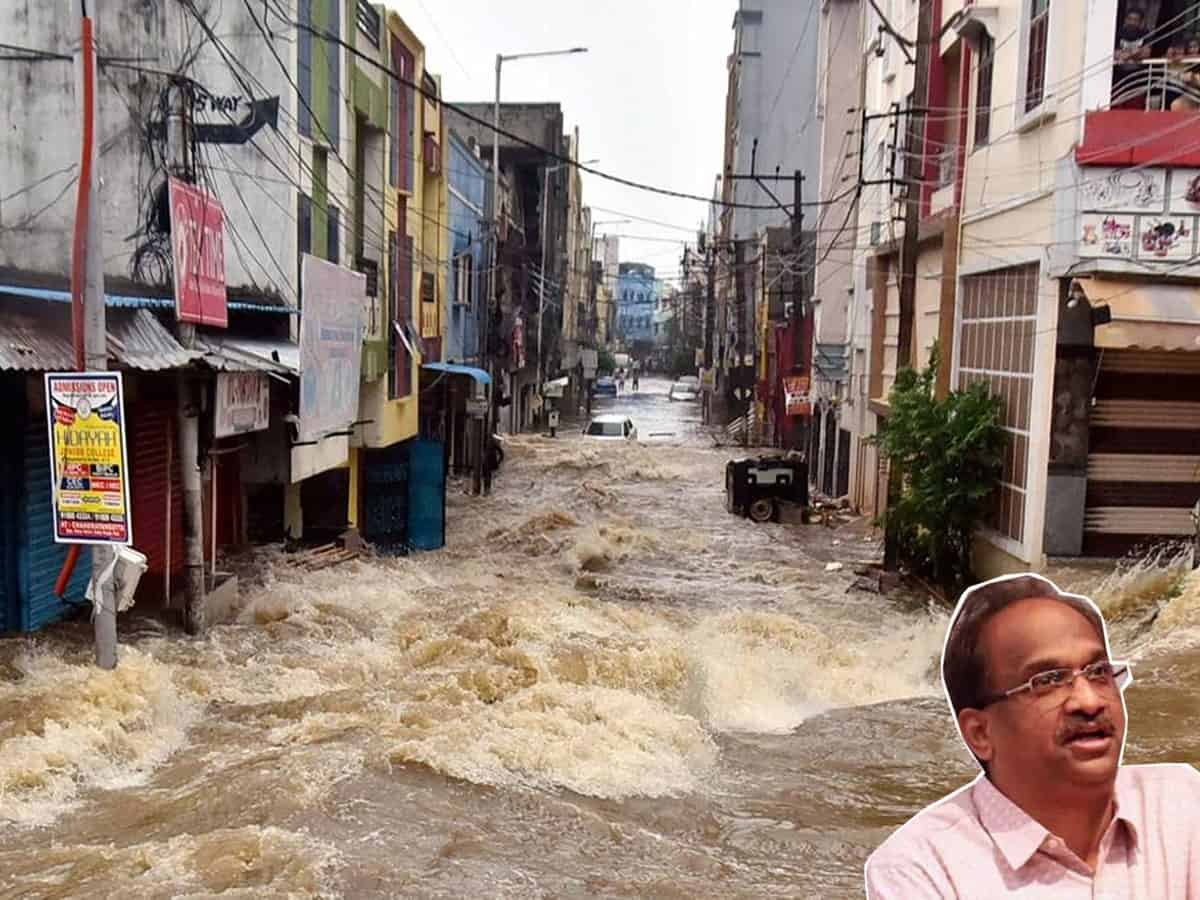 Urban flooding has become a universal phenomenon. Extreme weather events induced by global climate change made flooding of cities the latest concern in disaster management. Several cities of India like Hyderabad, Mumbai, Chennai, Ahmedabad, Delhi, Kolkata, Jamshedpur, Guwahati, etc., have witnessed floods in the past. Subsequent to 2005 Mumbai floods, the National disaster Management Authority (NDMA) has drawn up an extensive disaster management plan for dealing with the phenomenon of urban flooding. Yet, cities like Hyderabad continue to witness recurring floods.

The haphazard urbanisation has aggravated the problem of urban flooding. A climate phenomenon called Urban Heat Island Effect is leading to flooding of cities as too much rain is reported in too little time resulting in floods in cites. Given the higher density of population and existence of vital infrastructure in the cities, the urban flooding can prove to be a greater challenge.

What should be done to prevent floods in cities like Hyderabad? The comprehensive disaster management plan should envisage a multi-disciplinary and multi sectorial approach to deal with the problem. The measures can be as follows.

The roads are often widened to meet the growing traffic pressure. But, the natural storm water flow streams are not widened to meet the increased rainfall intensity resulting in inundation of habitations. Meanwhile, the natural rain water flow is obstructed due to encroachment of water bodies, drains etc. These encroachments have to be cleared by providing alternate spaces for rehabilitating the poor.

The vulnerability geo spatial mapping and hazard zone mapping have to be undertaken on a real time basis to take action at the earliest.

Science and technology needs to be developed for early warning, monitoring, modelling, forecasting and decision support. This will help in proper mitigation measures on a real time basis.

The cities are governed by multiple institutions like the municipal, revenue etc. This leads to chaos. Incidence response teams have be established to ensure proper coordination in disaster management works. The domestic, commercial, solid waste, industrial waste, construction debris is improperly handled causing a severe obstruction to storm water flows and contamination of urban water bodies.

Construction of water harvest structures and rain gardens should be made mandatory to not only harvest rain water but also to prevent twin problems of floods and water scarcity in urban habitations.

The participatory approach is more effective in disaster management. The resident welfare associations, community organisations, civil society groups need to be involved in a larger scale.