Lokesh Will Ditch The Party Just Like The Tractor: Nani 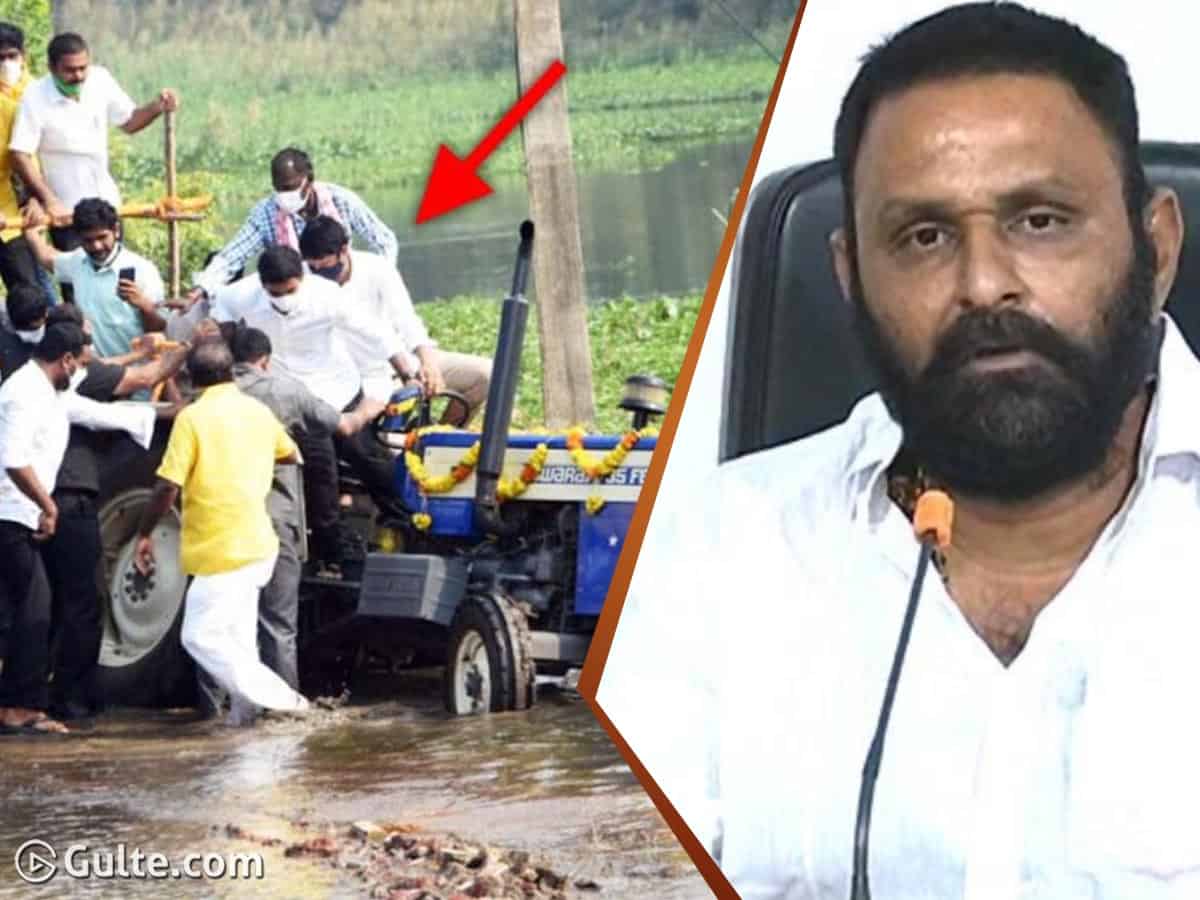 TDP national general secretary and MLC Nara Lokesh had a close shave when the tractor he was riding rammed into a canal during his tour in the flood-hit areas in West Godavari district. Lokesh lost control of the vehicle and it headed into the water. However, TDP MLA Mantena Raju sensing the danger took control of the vehicle and made Lokesh deboard it. Soon the ruling YCP leaders, MLAs and even ministers, who seem to be leaving no opportunity to slam the Opposition party, began making a mockery of Lokesh on the social media.

The latest to join the bandwagon is YCP firebrand leader Kodali Nani, known for his harsh and abusive language. Yet again, he made some controversial remarks against Lokesh. The minister was touring in Nandigam on Tuesday and speaking to mediapersons, he said: “Dongalu padda aaru nelalaki kukkalu moriganattuga undi.”

“When did floods come and when is Lokesh visiting the flood-hit areas? Lokesh half-knowledge. He does not know how to run a party nor ride a tractor. Lokesh would leave the party in a lurch just as he had ended up in a canal while riding the tractor,” he said and suggested that people having common sense should get down vehicle (hinting that they should quit the TDP). It is a waste of time to speak about lokesh,” he said.

Meanwhile, a case has been registered in the Aakiveedu police station. A case has been booked on Lokesh under IPC 279, 184, 54A and some other sections of the Epidemic Act for riding a vehicle without having any knowledge of how to manage the tractor which led to a mishap in the flood-hit area. A case was registered on the TDP MLA for violating the Covid-19 protocols.

Responding to the cases, Lokesh fumed at the YCP for trying to stall his tour to flood-hit areas even while Chief Minister Y.S. Jagan Mohan Reddy did not care to visit the flood-affected areas. “File as many cases as you can. I would go to every village and try to be of help to the flood-affected. I would go to every household and give them an assurance that the TDP would stand by them in the hour of need,” he said.