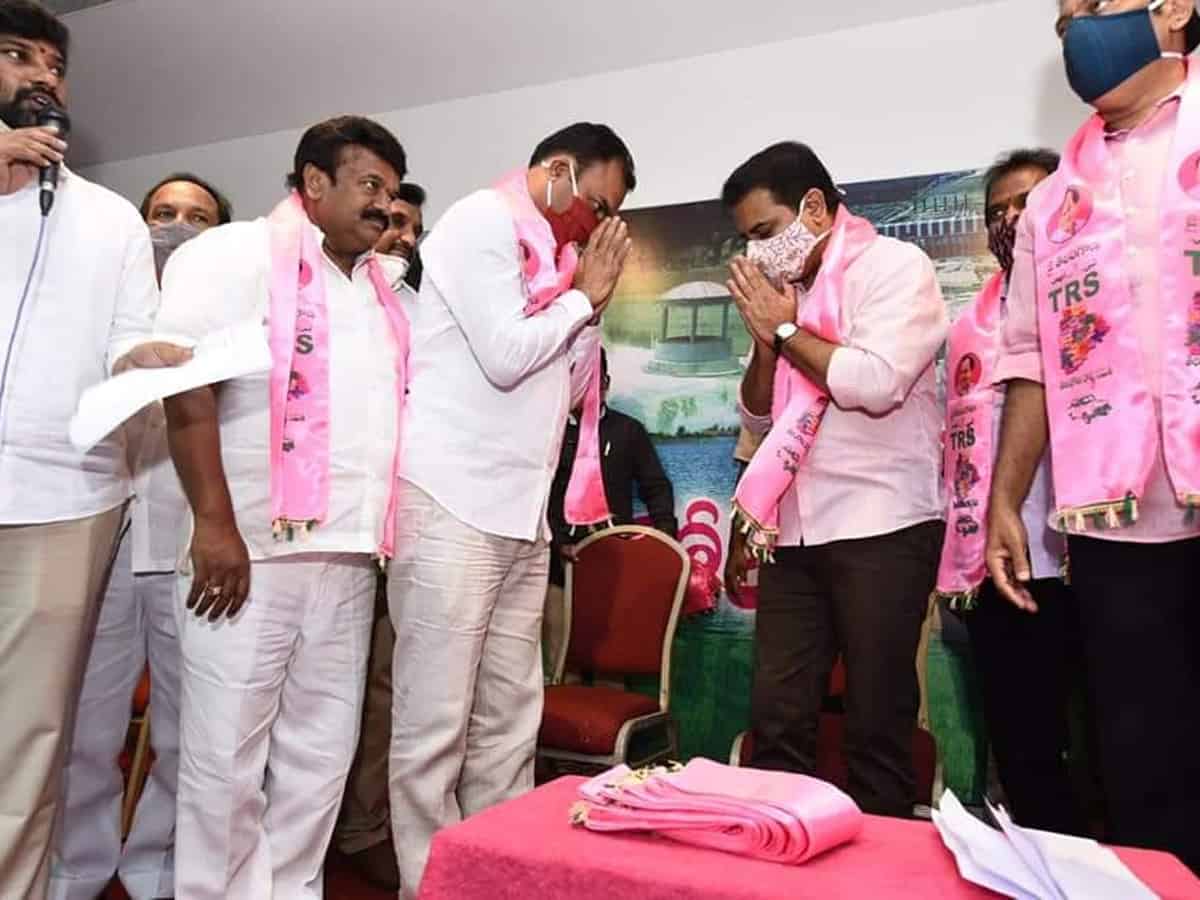 Telangana Rashtra Samiti (TRS) working president K.T. Rama Rao slammed the national parties, Congress and BJP, for having 2,800 agendas in the 28 states in the country.

He criticised the BJP leaders for failing to fulfill their promise of bringing black money stashed in various foreign banks and depositing Rs 15 lakh from the same in each account in India. Instead, the BJP government had brought ‘black laws’ into force, he said.

“It is the TRS which will be in the forefront to resolve any problem in the state,” he affirmed.

He criticised the BJP leaders for confining themselves to campaigns but doing very little when it came to real action. He said that he would reveal all the facts about what the BJP had done to Telangana in the last six years. The Telangana government had given Rs 2.72 lakh crores to the Centre and in return, the Centre gave just Rs 1.29 lakh crore. No community in the country is supporting the BJP, he said.

Some political leaders in the country are trying to create unrest in Telangana, in the name of religion, KTR alleged, hinting at the BJP leaders. “But, there is religious tolerance in Telangana and hence, seeds of communal differences do not propagate in the state. He alleged that Telangana’s reputation was being damaged just for political reasons.

“During every election, there is a campaign saying that TRS would be defeated but every time, people have been reposing their faith in KCR’s rule.”

Speaking on the occasion, Sridhar Reddy said Telangana’s future depended on KCR and KTR. He said he would strive for the development of the state in the coming days. Reddy exuded confidence that the results of GHMC polls held last year would repeat this year too. Victory in Dubbak bypolls is a cakewalk for the TRS, he added.