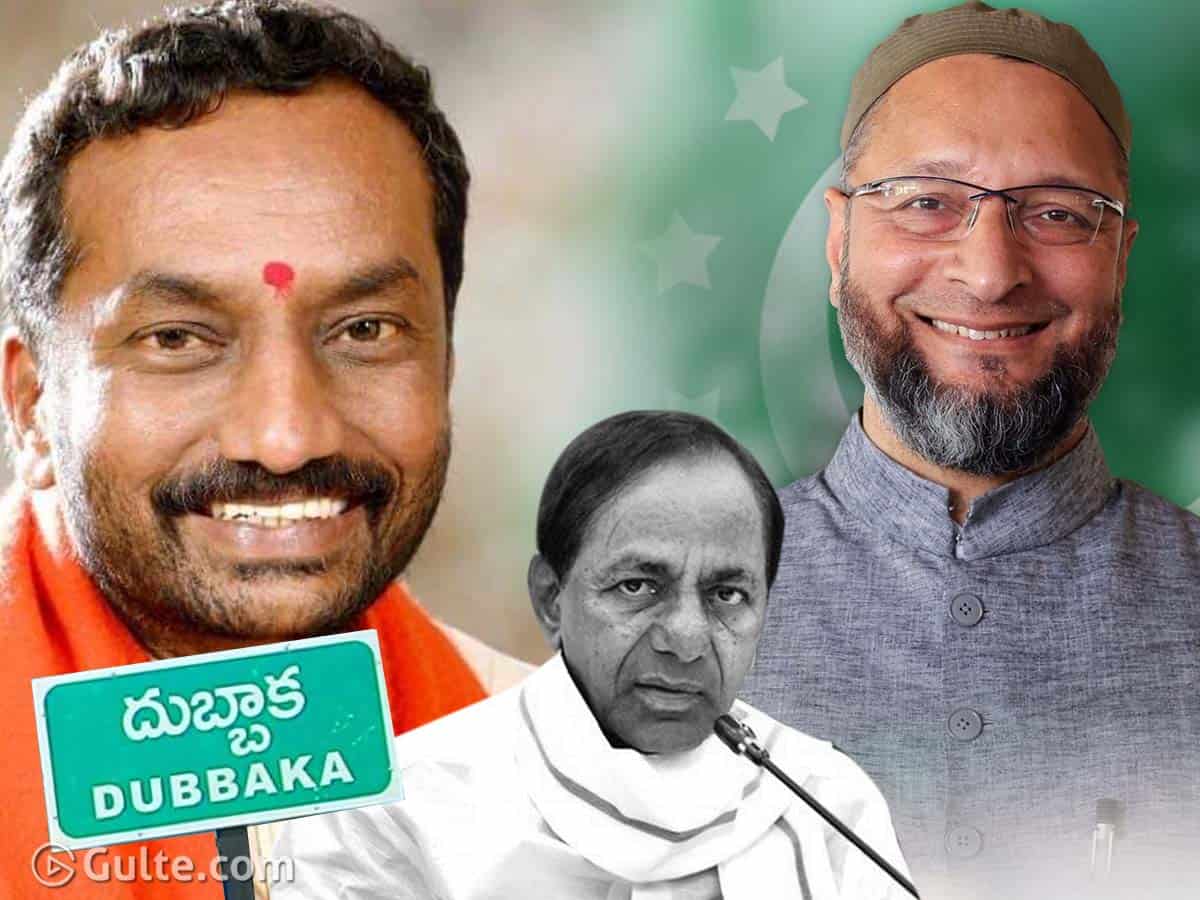 The Dubbak by-poll result has shocked the ruling Telangana Rashtra Samithi and the party is seriously analysing the defeat. As said by working president KTR, a few key leaders close to KCR have sat down and had a big debate about the poll defeat.

Even though the TRS was confident till the last minute, the sympathy factor and by-election’s sentiment did not work for the ruling party. Some of the leaders opined that BJP was successful in convincing the youth that the TRS is not listing out job notifications regularly and there is an unrest among the unemployed. BJP even deployed their youth wing from different parts of Telangana to Dubbak to campaign extensively against the TRS.

Then a TRS leader talked about MIM’s support. The Hyderabad based party led by Owaisi brothers stayed neutral without supporting anyone. Dubbak has close to 9000 minority voters and the TRS is wondering where did these votes go? Well when dug deep, a crucial information got revealed that Owaisi brothers have good relations with BJP’s candidate Raghunandan Rao.

When one of the Owaisi brothers was arrested and put in Sangareddy jail a few years back, Raghunandan who is an advocate by profession took up the case of Owaisis. This has built a good rapport between Raghunandan and Owaisis. So this led the MIM party to maintain a neutral stand on the Dubbak by-poll and they did not make any comment or announce their support to the TRS party.

But the ruling party was confident that the minorities would vote for them even without MIM’s word of support. On the contrary the minorities voted freely without getting influenced by MIM or any other party. BJP cashed this opportunity and managed to win the votes of minorities and eventually win the by-poll.