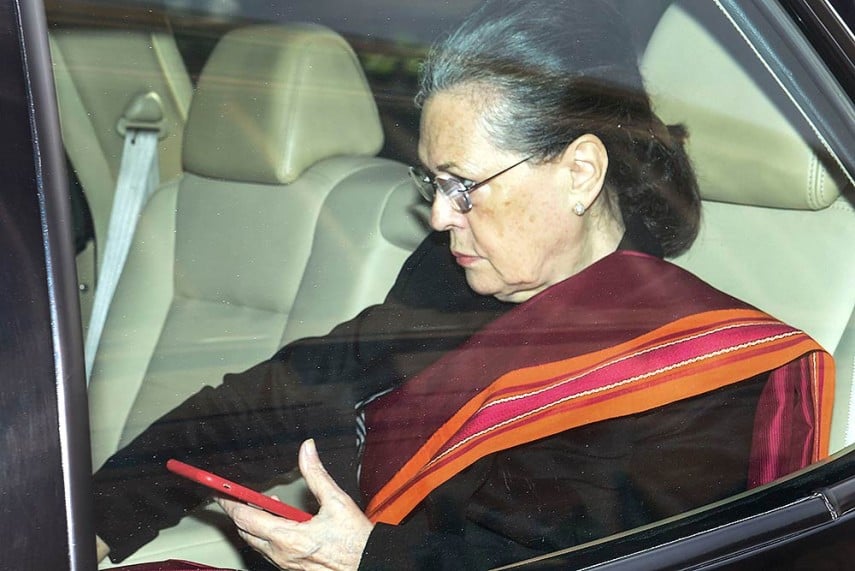 With air quality in the national capital Delhi deteriorating in the last two weeks, there is a fear that respiratory diseases would get aggravated. Already, Delhi turned out to be a epicenter for Covid-19 cases. With the increasing Corona Virus cases and severe pollution, Congress president Sonia Gandhi has been advised to shift out of Delhi for a brief period. In view of her asthma and chronic chest infection, Sonia was advised by doctors to change the location.

It is being reported that Sonia Gandhi may shift to either Goa or Chennai for a few days. Sources said that the Congress leader was likely to be shifted on Friday afternoon and would be accompanied by either Rahul Gandhi or Priyanka Gandhi Vadra.

After being discharged from hospital in August, Sonia Gandhi has been under heavy medication and doctors have been alerting about her consistent chest infection, which has not gone completely on account of Delhi’s pollution.

On July 30, Sonia Gandhi was admitted to the Sir Ganga Ram Hospital in Delhi. On September 12, she went abroad for a few days for her routine medical check-up and her son and Congress general secretary Rahul Gandhi had accompanied her at that time. Sonia and Rahul missed the monsoon session of Parliament which was held during the pandemic from September 14 to 23.

Sonia is being asked to shift at a time when there is a demand for introspection over the Bihar election loss is being raised by a section of party leaders.

It may be recalled that in January last year, the Congress president had shifted to Goa for some time.