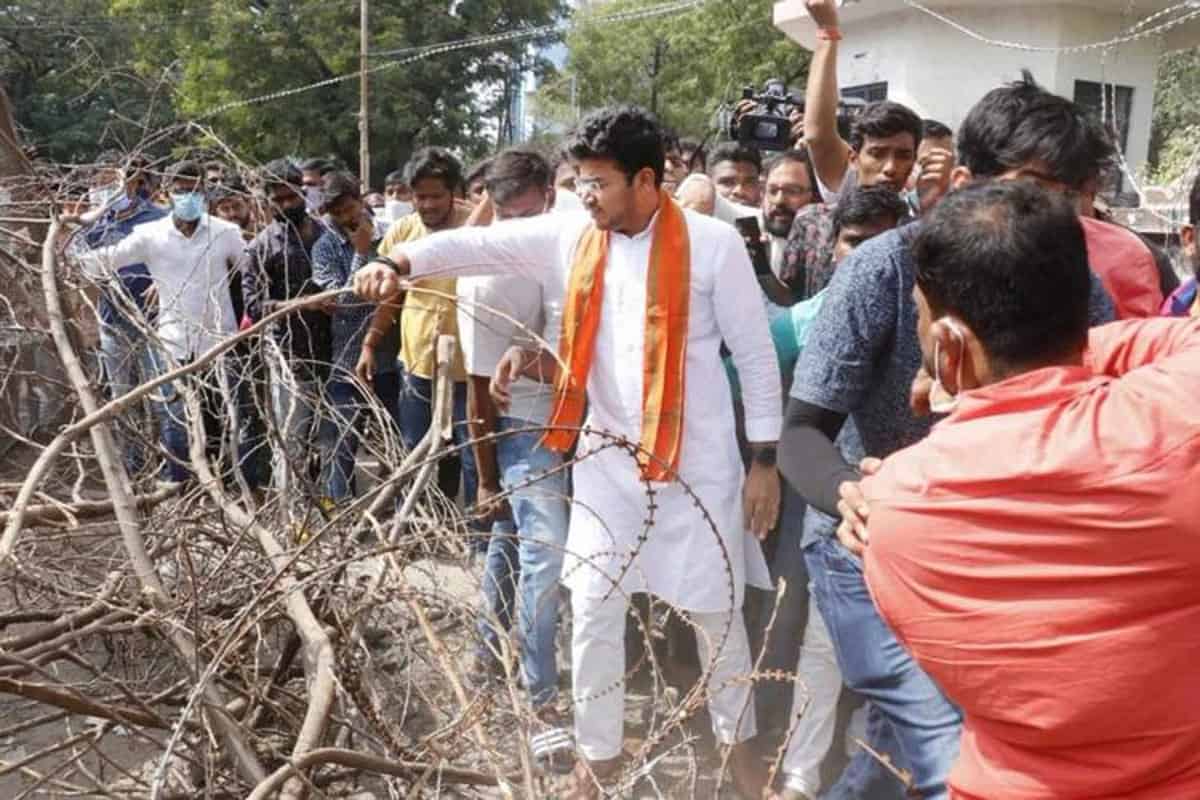 Bharatiya Janata Party (BJP) Member of Parliament (MP) from Bengaluru South, Tejasvi Surya, was booked by the Osmania University police on charges of criminal trespass. Surya, who is also the national president of the Bharatiya Janata Yuva Morcha (BJYM), was booked following a complaint by the university administration. The MP is camping in Hyderabad to campaign for the BJP candidates, in the upcoming Greater Hyderabad Municipal Corporation (GHMC) polls.

On Tuesday, the MP, along with his supporters, visited the university, which had been a hotbed of political activity during the Telangana agitation for separate statehood.

He entered the university by removing and breaking through the barriers placed at the NCC gate of the campus, to address the students at the Arts College building.

Stating that the BJP leader had not taken prior permission for addressing the students, the police registered cases against him under Section 447 (Criminal trespassing) of the Indian Penal Code (IPC).