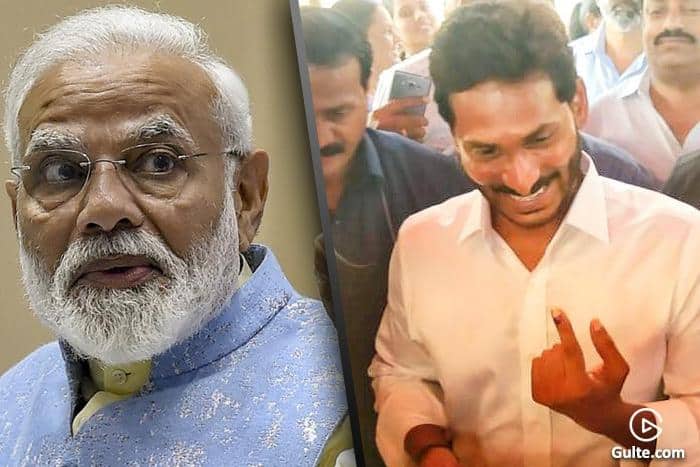 There is no dearth of strategies and master plans in politics. Politicians are known for weighing options twice or even more and then proceeding with their policies to gain an edge over their rivals.

The ruling YCP in Andhra Pradesh has adopted one such strategy wherein the party takes all the credit if the schemes are beneficial to the public and disowns all others which evoke objection from the people. The YCP is tactfully blaming the BJP at the Centre for all those schemes getting negative response.

Some of the schemes might be beneficial to the public while a few may cause some inconvenience and prove not to be of much help. Whatever be the nature of the programmes, the Centre exerts pressure on the state governments to implement schemes introduced by it.

During the TD rule headed by former chief minister N. Chandrababu Naidu too, the Centre introduced many schemes which had their own advantages and disadvantages. At that time, Naidu used to implement the schemes designed by the central government without taking the name of the Centre, if there was some opposition from the public in implementing them. If the schemes were popular and appreciated by the public, Naidu used to take the credit for them.

Probably, this attitude could have widened the gap between the BJP and TDP. Naidu never prostrate before the Centre as there were no CBI or ED cases against him and did not seek any personal favour from the Centre.

However, Jagan seems to be tactful in playing the game. If the schemes are beneficial to him and the people, Jagan is taking full credit for them.

Then Jagan took up comprehensive survey in the state as part of which all the available government lands and number of houses were recorded. Even this was introduced by the Centre.

Similarly, installation of meters for agricultural pump sets was introduced by the Centre. Having witnessed protests by farmers in Punjab against the same scheme and Shiromani Akali Dal leader Harsimrat Kaur Badal quitting the NDA in protest against the controversial farm bills, Jagan immediately shifted the scheme into the Centre’s account. He said that it was not the YCP which introduced the programme but that they were implementing because the Centre asked them go ahead with it. Minister Botsa made it clear that the farmers should speak of the problems with regard to the scheme to the BJP.

Similarly, the state government had decided to increase the property tax which obviously would evoke opposition from the public. Cleverly, Botsa pushed this programme too into the Centre’s account.

These are just a few examples. Jagan’s government has been trying to put his tag to all popular schemes and shift the controversial schemes into the BJP account.