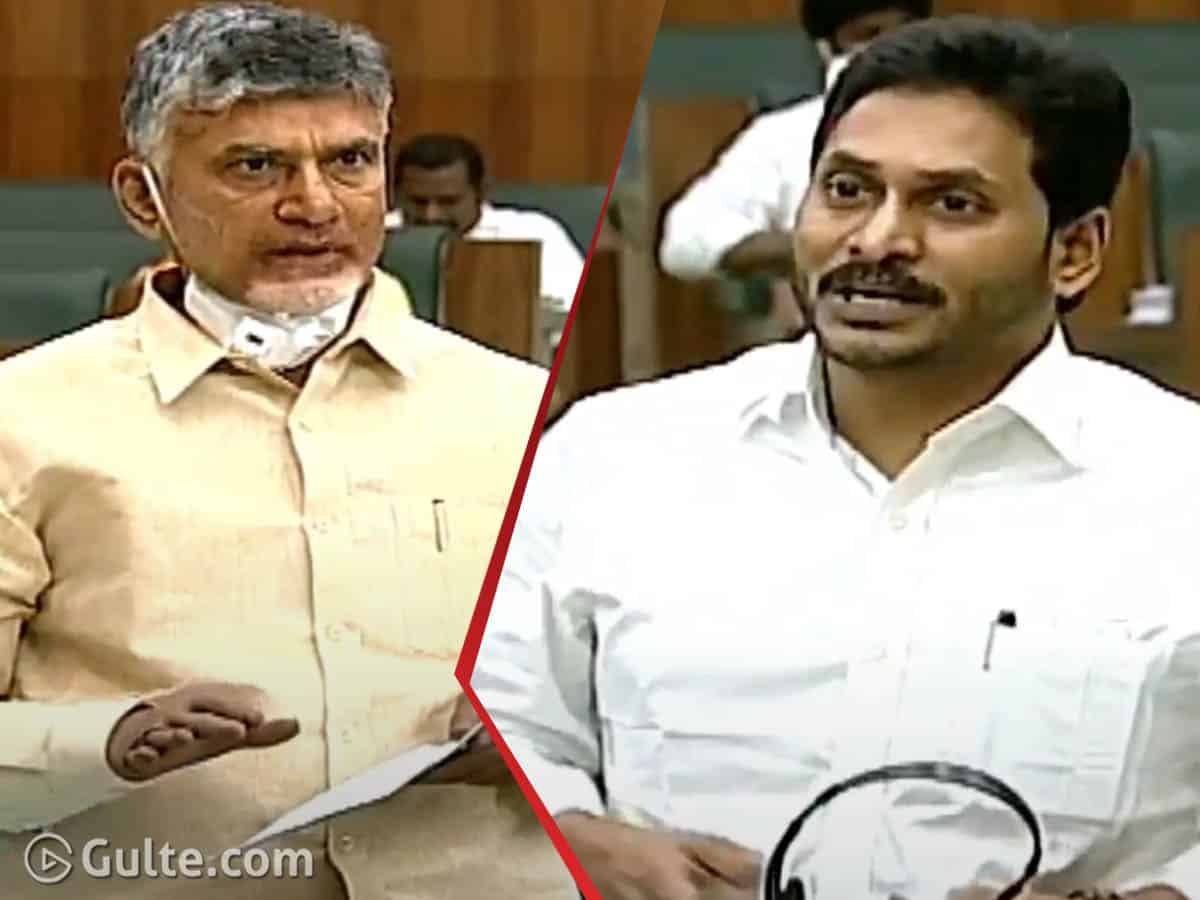 The winter session of Andhra Pradesh Assembly has started on a rocking note. The opposition leader Chandrababu Naidu reached the Assembly with the damaged crops as a mark of protest against the YCP government’s delay in help. When the session started, TDP demanded for a debate on the effect of Cylcone Nirav and the loss of crops. However the YCP government has introduced a few bills which was the main purpose of holding the Assembly.

As the TDP leaders were not in mood to go back on their demand, Assembly Speaker Tammineni Sitharam was left with no choice rather than to suspend TDP leaders. Along with Chandrababu Naid, 12 other TDP MLAs are suspended from the sessions.

Then it was the turn of AP CM YS Jagan to address the house. Speaking Jagan said, “We have done an honest survey on the damage caused by the cyclone. By December 31st we will pay for the damaged corps to each and every farmer and we have also announced Rs 5 Lakh ex-gratia to the deceased families. Not just this have provided input subsidy in October and November and we would also give eighty percent incentive to farmers for the purchase of seeds. These steps show my government is pro-farmers and there is second thought about it.”

Then taking pot-shots at Chandrababu Jagan said, “I was in opposition for the last five years but never stormed towards the Speaker’s podium like the TDP chief. I still don’t understand why Chandrababu gets aggressive unnecessarily. Did Chandrababu visit the flood affected farms and places?”

Making satirical comments, Jagan added Chandrababu should rename himself as ‘Drama-Naidu’ or somebody here said CBN means ‘Coronaku Bayapade Naidu garu because he did not leave Hyderabad post the Cyclone.” As Jagan made these comments, the YCP MLAs laughed out louder in the Assembly.