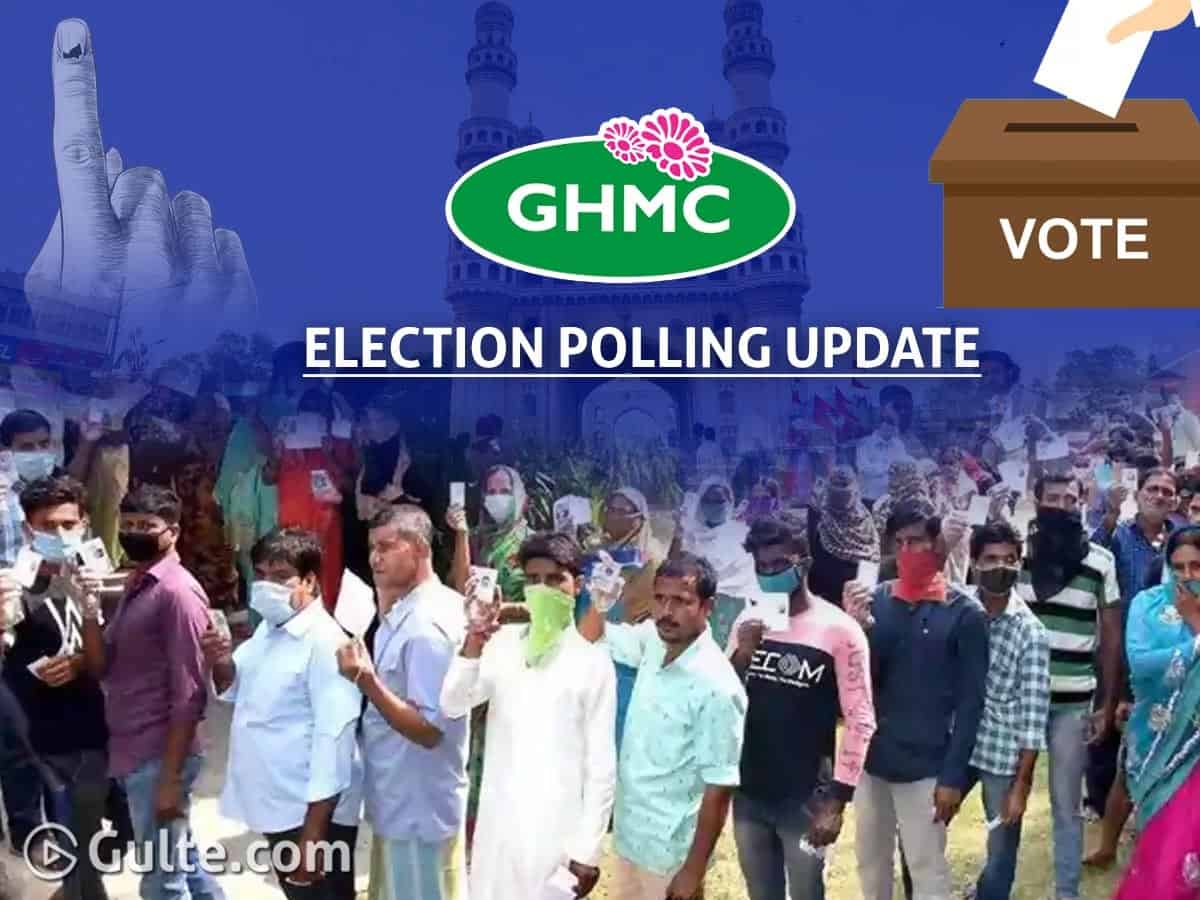 Despite a high-decibel and aggressive poll campaign by leading political parties that are in the GHMC civic body poll fray, a meager 25.34 percent percent voting is registered till 3 pm. The initial two hours witnessed only 4.2% voting. Till 1 pm, 18.2 percent voting was registered. People have come out in less numbers. The voting commenced at 7 am and the voting ended at 6 pm. While Bhag Amberpet recorded highest voting percentage i.e about 64.82 percent, Langer House witnessed lowest voting percent i.e 6.77 percent.

1122 candidates from various political parties are in fray in 150 divisions. 9101 polling centers have been set up. While the total number of voters registered in Greater Hyderabad are 74,67,256.

It is buzzed that several voters have gone to their hometowns due to the extended weekend. Whereas some voters are said to be feared to come out and cast their vote due to surge in Covid-19 cases.

Since morning, several film and political celebrities have cast their votes. It is expected that the celebs wuold inspire common man to step out and vote. Candidates from the political parties had requested the voters to exercise their vote franchise.

Earlier in 2016, Greater Hyderabad witnessed only 45.25 percent voting. With this, all eyes are on whether the GHMC polls 2020 would witness a higher voting percentage or not.

Meanwhile, the State Election Commission and the Health & Medical department of the state have urged the voters to wear masks before coming to polling booths and maintain physical distance in queues during voting. They have asked the voters to strictly adhere to the Covid-19 pandemic guidelines.