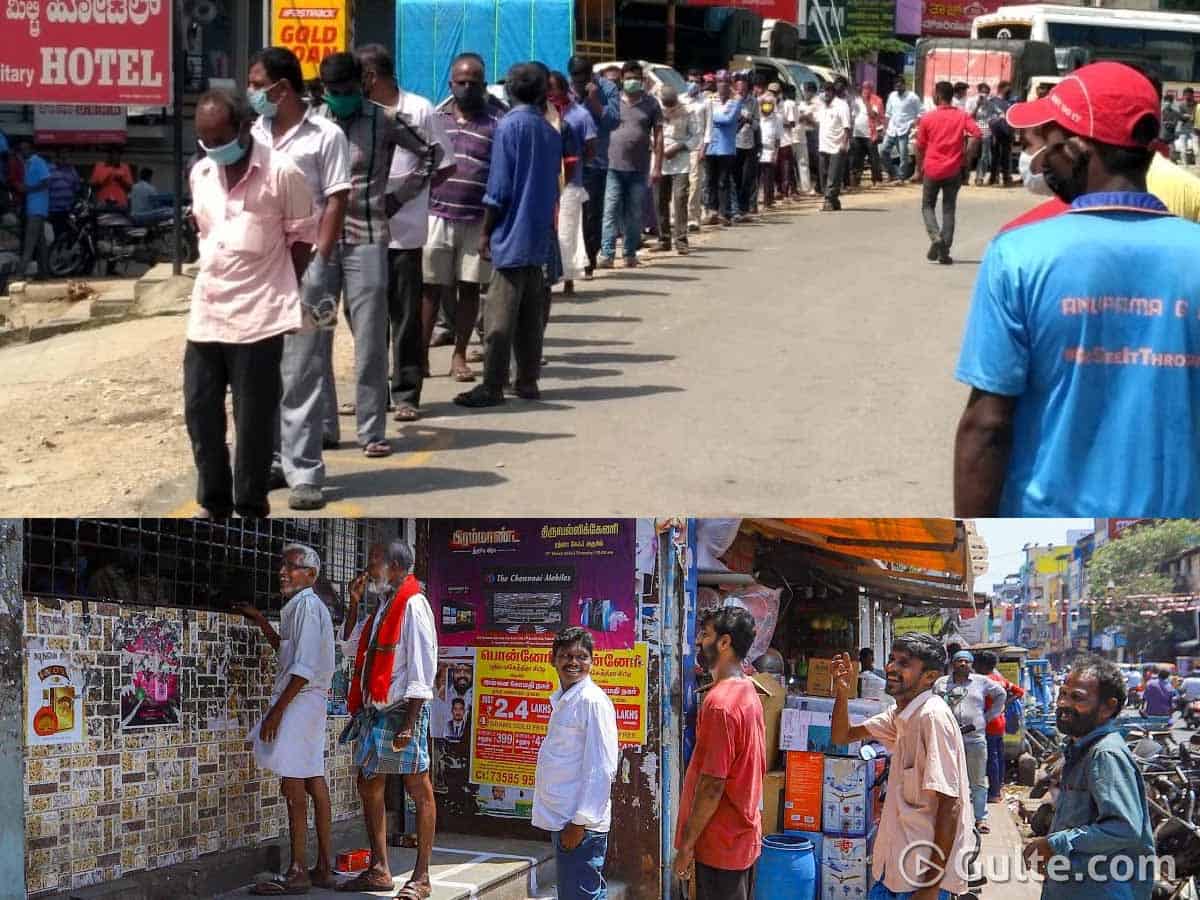 Of course, there are no films releasing but what is this ‘biggest blockbuster’ that surprised everyone in terms of lockdown with grand openings in all centres? It is definitely the re-opening of liquor shops which saw people standing in queues from 10 AM onwards in Andhra Pradesh, though the shops are scheduled to be opened from 11 AM onwards.

While In Delhi, one of the prominent A centre of the country, almost 100s of people in their handkerchief masks are seen standing in a queue outside liquor shops. Same is the case in AP, where crowds rushed to the shops though the YS Jagan led government has increased prices of liquor by 20%. And in many other states, though people wore masks, they have ignored the social distancing rule completely as they rushed into queues to grab their first bottle after a month of prohibition.

The liquor scenes across many states in India are indicating that there will be blockbuster collections in the offing through this newly released film. Even the posh stores in some residential stores are going to witness a stock blackout on Day 1 itself as people are likely to slurp the whole stock today itself.

Coming to Telangana, the state is looking at opening factories that manufacture beer and likely to procure more beer from other states too. But then with the number of corona positive cases in Hyderabad going up, KCR government is a bit worried about opening liquor states. Some major decisions regarding the liquor policy will be taken in the cabinet meeting scheduled for Tuesday.