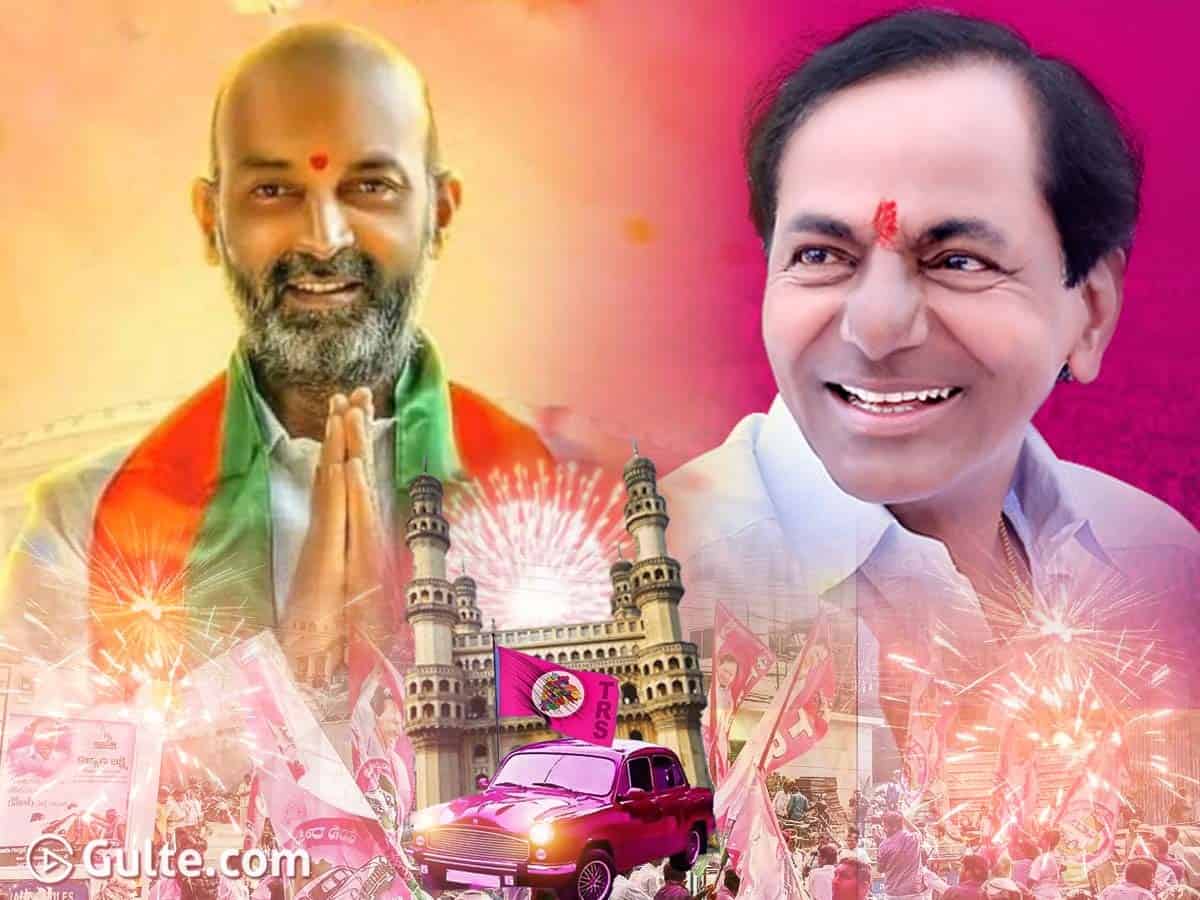 BJP has given a rude shock to TRS as it dashed the hopes of Pink Party to win mayor seat. TRS is now forced to strike a post-poll alliance with BJP in order to win Greater Hyderabad. TRS won 56 divisions. BJP won 49 divisions. MIM won 43 divisions. Congress won meager 2 divisions.

Overall, TRS is all set to retain Hyderabad post. BJP as promised gave a tough fight and is likely to clinch the second spot. AIMIM is slipped to third spot. Congress is limited to single digit, TDP confines to zero lead. Initially BJP was ahead of TRS in postal votes, however, TRS secured more votes in the overall counting. With the advantage of ex-officio votes in its favour, TRS is set to grab Hyderabad Mayor post.

1122 candidates from various political parties are in fray in the 150 wards. The polling took place in 9101 polling centers. 46.6 percent voting was recorded.

With the campaigning of national leaders like Union Home Minister Amit Shah, UP CM Yogi Adityanath and several key leaders, the election has generated a lot of curiosity. Post Dubbak by-election victory, BJP has mustered the strength to give a tough fight to ruling party.

The Greater Hyderabad Municipal Corporation (GHMC) election has been in news for several reasons. The counting in the 150 divisions is going on.