Viral: Dy Speaker Dragged Out Of Chair in Karnataka Council 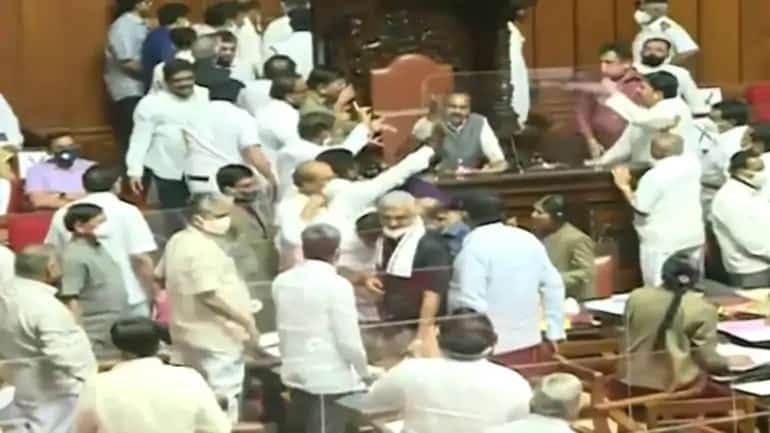 For the umpteenth time we have seen manhandling incidents in constitutional houses such as Parliament, Legislative Assembly and Council. One such incident repeated yet again and this time in Karnataka Legislative Council. However, this is new low. The Deputy Speaker of the Karnataka Council was dragged out of his chair in a disturbing manner.

Going into details, the ruling BJP has filed a no-confidence motion against Chairman of the Legislative Council Prathap Chandra Shetty, who belongs to the Congress. But in place of Shetty, Deputy Speaker SL Dharmegowda occupied the chair. The Congress sensed something fishy and as soon as the sessions started, they surrounded the Speaker’s podium.

During then one of the Congress MLCs dragged Dharmegowda out of the chair. These visuals are caught on camera and have created a huge storm on the internet. Netizens have slammed the Congress leader who was involved this incident and added that this is shameful for a democratic country like India.