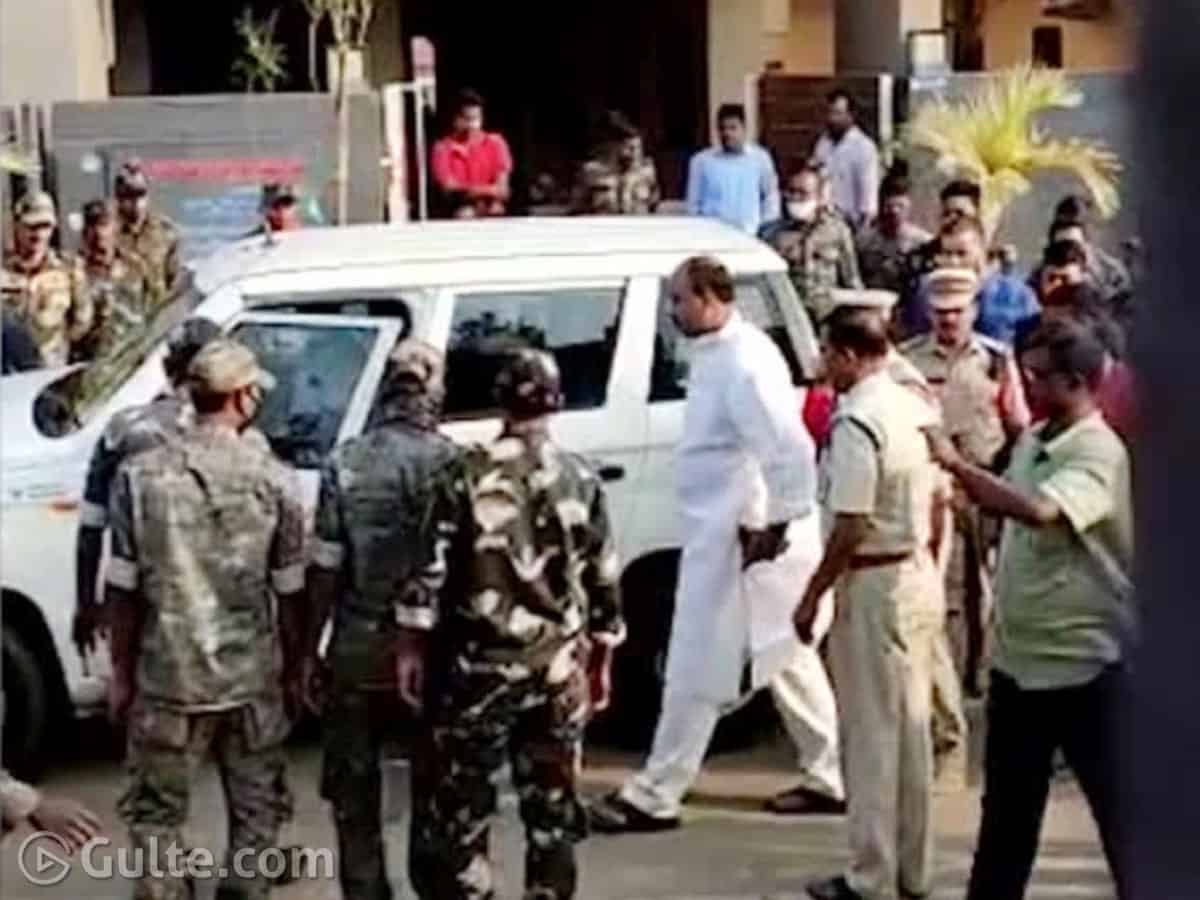 During the filing of nominations for panchayat polls in Nimmada, the TDP and YCP activists jostled with each other. The candidate supported by YCP, Kinjarapu Appanna, tried to file the papers with the help of people from other village , local leaders in Nimmada expressed objection to it.

Learning about the incident, YCP candidate and party Tekkali constituency coordinator Duvvada Srinivas along with a few other leaders, tried to reach the place. Sensing that the situation  was spiralling out of control, the police tried to confine the political leaders at their places. Armed police personnel were also deployed.

At this time, the police filed cases against 22 people in Kotabommali police station. Of them, 12 persons were taken into custody on Monday and Atchennaidu was arrested on Tuesday.

A case was booked at Atchennaidu for allegedly threatening a candidate while filing nomination as sarpanch candidate in Nimmada. In addition, he was taken into custody to as a precautionary measure to prevent untoward incident during YCP MP Vijayasai Reddy’s visit to Nimmada to express solidarity with Kinjarapu Appanna and assure support to him.

TDP president and former Chief Minister N. Chandrababu Naidu was annoyed over Atchennaidu’s arrest and  said that Chief Minister Y.S. Jagan Mohan Reddy was resorting to vendetta politics. He said that the YCP was trying to unleash terror in Visakhapatnam, Vizianagaram and Srikakulam districts. He demanded immediate release of Atchennaidu.