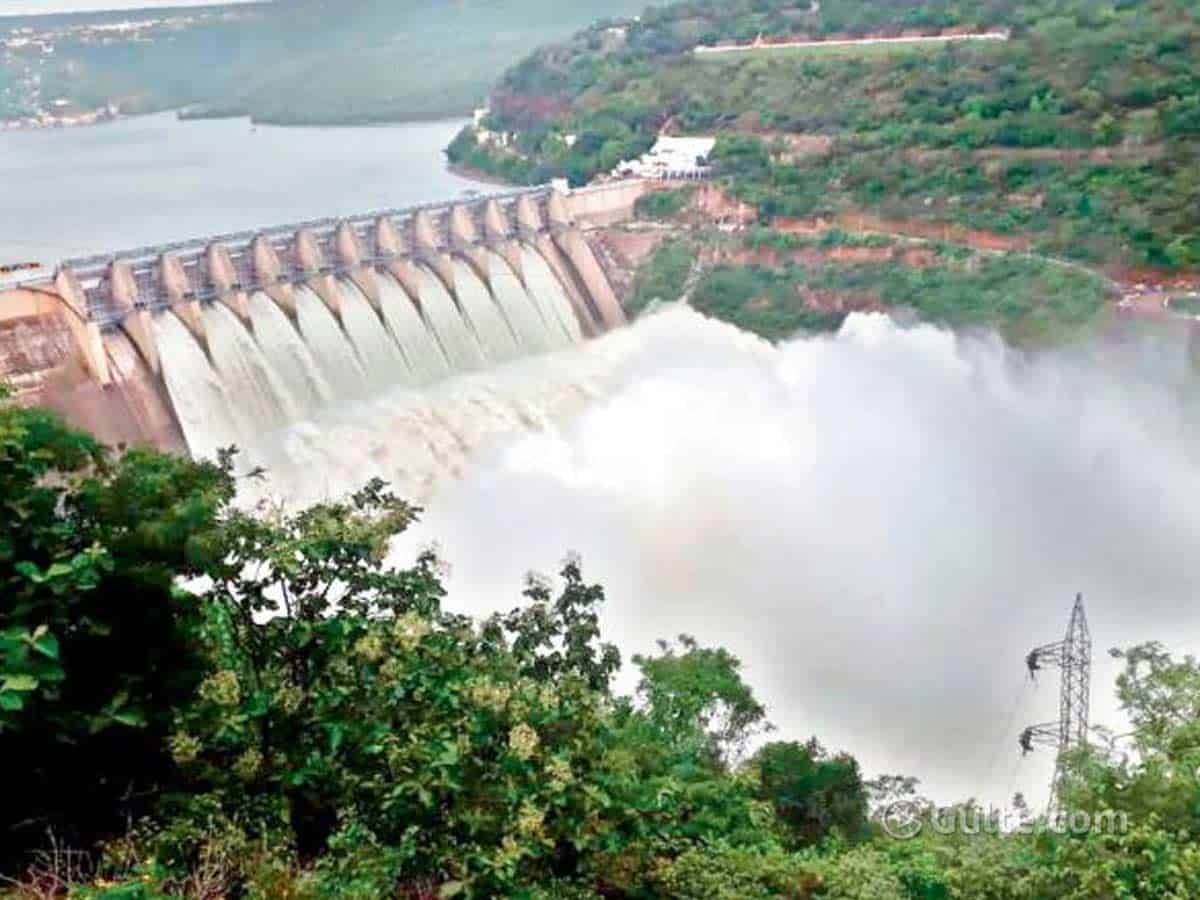 Chief Ministers of the two Telugu states, who shared bonhomie for the last one year after the general elections, are now locking horns over the critical issue of sharing Krishna waters.

AP Chief Minister Y.S. Jagan Mohan Reddy issued GO No. 203 to construct a lift irrigation scheme to divert Krishna water from the Srisailam project, which is shared by both the states. Reddy even expressed readiness to release funds for the project which would provide water to Rayalaseema, an area that faces water crisis almost throughout the year.

Taking objection to it, his TS counterpart K. Chandrashekar Rao instructed the officials to approach the Krishna Water Disputes Tribunal (KWDT) and challenge AP’s decision in the Supreme Court.

Rao said that the AP government had taken the decision unilaterally and that it was committing a “grave mistake” by doing so, in violation of the rights of Telangana and the provisions of the AP Reorganisation Act, 2014. He reminded that the Reorganisation Act insists that either of the states should consult the apex committee if it wanted to build a project on River Krishna.

The GO issued by the YSRC government on May 5 sanctioned administrative approval to a series of schemes worth Rs 7,000 crore to draw an additional quantity of 6-8 tmc (thousand million cubic feet) of water per day from Srisailam reservoir on the Krishna river.

Meanwhile, the opposition parties in Telangana, including the Congress and the BJP, staged a protest criticising their CM of getting into a match-fixing deal with his counterpart in AP. They alleged that the AP government was trying to completely dry up Telangana and turn it into a desert by drawing extra water from Pothireddypadu. They also said that building an LI scheme at 805-ft was a conspiracy against the Telangana people.

On the other hand, Jaganmohan Reddy says there is a right for the AP government to draw 44,000 cusecs from Pothireddypadu and wondered why should the TS leaders oppose the AP when it is taking its rightful share of water. Further, he said the TS should think with humanity and allow AP to go ahead with the LI project as the water needs of people in Prakasam, Nellore and Rayalaseema are not being fulfilled.

TS Congress senior leader Uttam Kumar Reddy said that widening the canals of Pothireddypadu would mean more water would flow to AP. There will be a severe irrigation crisis if 3 tmcft of water is drawn from Srisailam project. He also faulted KCR for speaking to Jaganmohan Reddy almost daily on phone but failing to stop him from ‘stealing water’ from the Srisailam project.

Congress leader Revanth Reddy alleged that JCR-Jagan were having a secret deal and hence, palying drama on the Krishna water dispute. The duo should never be seen as separate entities, he said and even went ahead to say that the May 5 GO was released with the knowledge of TS CM KCR. He also alleged that KCR has been neglecting irrigation projects n south Telangana since long. “In fact, the Pothireddypadu issue was in discussion by both the CMs since August, 2019 and it shaped up into a GO this month. The contents of the GO were in fact prepared at the TRS party office, Pragathi Bhavan, in Hyderabad,” he said.

BJP leader D.K. Aruna too echoed the same feelings. She too criticised KCR for being biased against the irrigation projects in south Telangana.

He said he would stall the Pothireddypadu expansion works. He even reminded that AP irrigation minister Anilkumar Yadav made an official statement regarding the CMs discussing on irrigation issues at the conferences held thrice since August, last year.

However, the opposition parties in AP, including the Telugu Desam and Jana Sena have not made any statement on the dispute so far. They adopted the ‘wait and watch’ policy on the issue. But, BJP state chief Kanna Lakshminarayana was all praises for Jagan as he is fighting for water share of the state.

The main opposition Telugu Desam would have raised its voice if it had presence in Telangana but with the party being pushed into the oblivion, the TD seems to be taking time to take a move cautiously in AP.

Meanwhile, political analysts said that never had KCR and Jagan been together and worked on resolving the inter-state issues. Their closeness stemmed only from their common ire against former CM and Telugu Desam supremo N. Chandrababu Naidu.