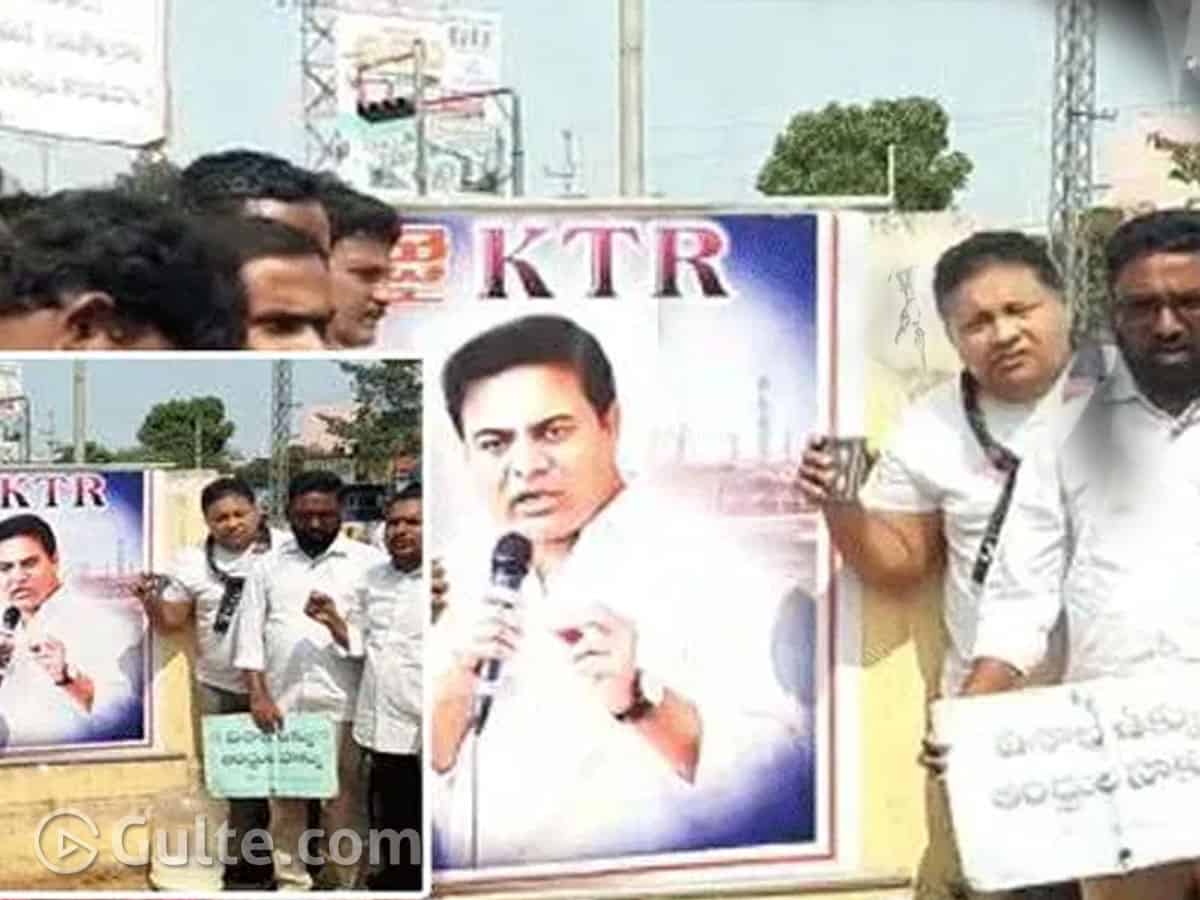 The BJP government recent made it sternly clear in the Lok Sabha that the iconic Vizag Steel Plant will be privatized. With uncertainty prevailing all around, the employees and activists who have been agitating against the centre’s diktat have seen a ray of hope in Telangana minister KTR.

The TRS leader yesterday announced that his party extends its support to the ongoing fight to save Vizag Steel Plant and the survival of thousands of its employees. KTR also reiterated ‘Andhrula Hakku…Visakha Ukku’, the very slogan on which the steel plant was set up several decades ago.

Thrilled with the unexpected support coming in from KTR, the steel plant employees and locals in Vizag have offered milk baths (Paalaabhishekam) to KTR’s photographs. Needless to say, Andhraites will pave the red carpet to KTR if he lands at Vizag Steel Plant to join the workers unions’ fight against the centre’s privatization move.

Yesterday, KTR said that he will go to Vizag if needed and raise his voice to save the steel plant. “It’s Vizag Steel Plant today and it could be BHEL tomorrow and Singareni the day after. The centre may even privatize the Andhra and Telangana governments someday,” KTR said. All eyes are on KTR to see if he will walk the talk.