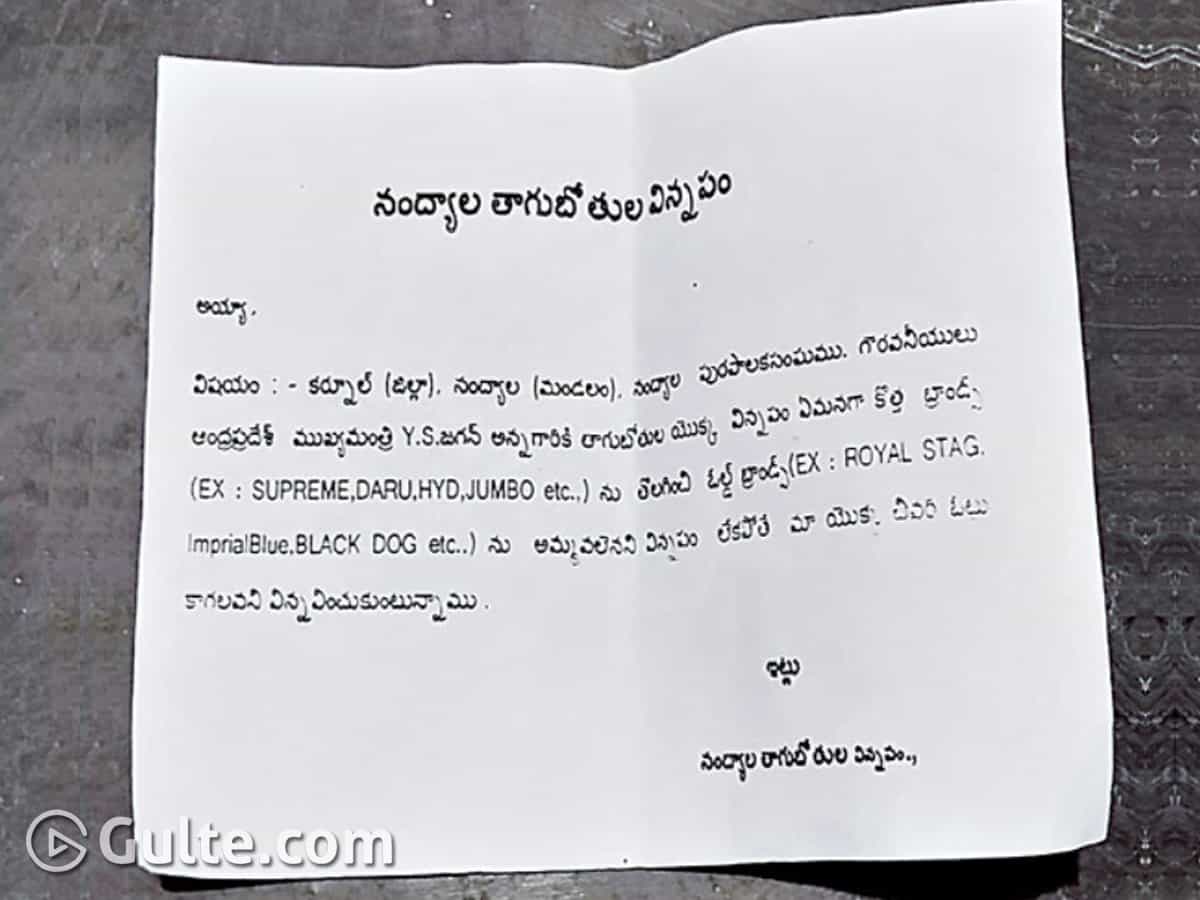 The Andhra Pradesh municipal elections have concluded and the ruling party has swept almost all the municipalities across the state. But in Nandyal, an incident has caught the attention while the polling staff were in shock on how to react to this.

Going into details, at 29th ward when the polling staff opened up the ballot box for counting, they found paper slips of voters. In this, voters made a request to CM Jagan. These paper slips were dropped in the ballot box by drunkards requesting CM Jagan to bring back old alcohol brands such as Royal Stag, Black Dog etc.

The drunkards informed CM Jagan that new brands such as Hyderabad, Supreme, Daru, Jumbo are not good and appealed to reintroduce the old brands. In case if the government fails to do so, this would be their last time to take part in electoral process.

Well, the polling staff were surprised to see these slips and were in splits on how to react to them. A clipping of this is shared on social media and it went viral.

Will the AP government rethink its Excise Policy that had many implications? ‘Bandhu Babulu’ of AP desperately want the government to do so.