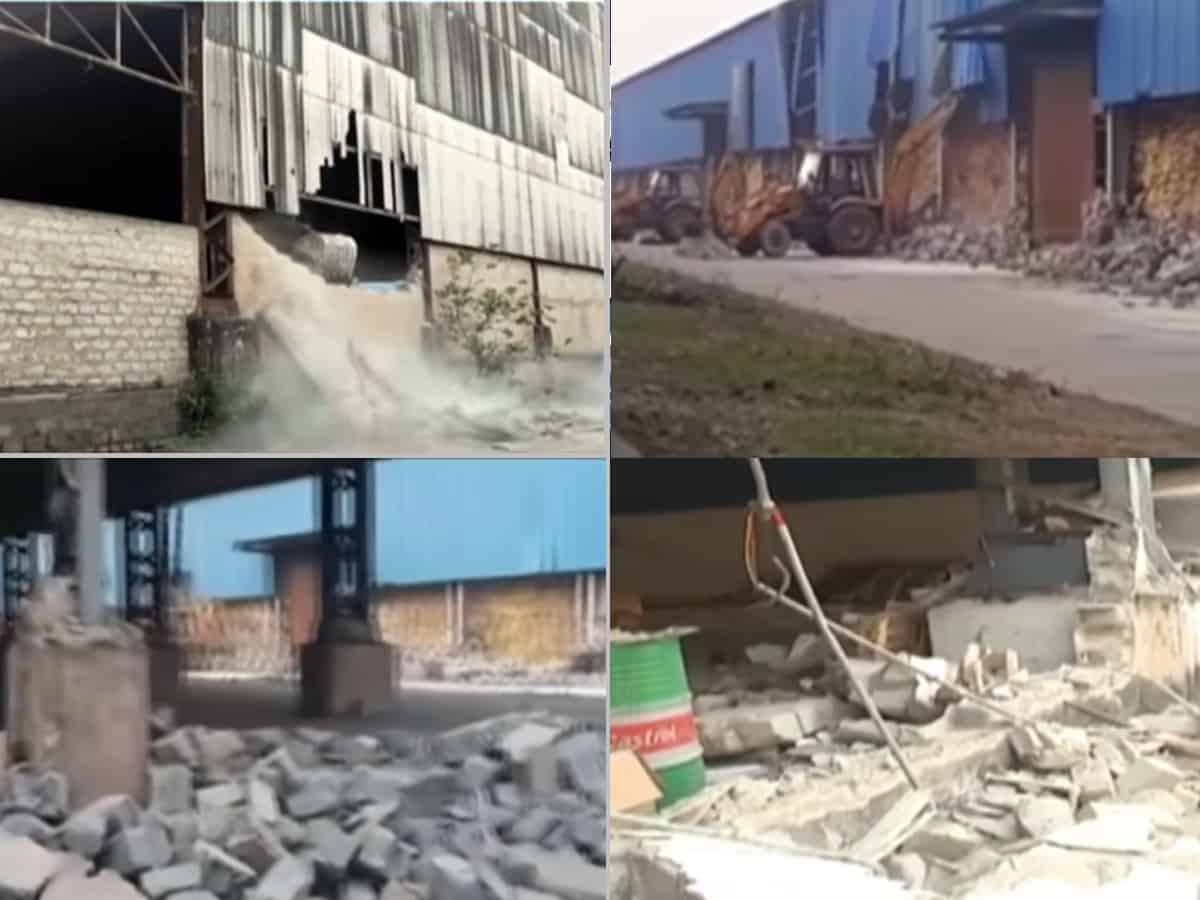 The management of Telugu daily Andhrajyothi was in for a shocker yet again on Wednesday morning with the revenue and APIIC officials demolishing the private godown in which the newspaper’s printing press was set up at Mindi in Vizag, without serving any prior notices to the owner of the godown. The demolition was done even when equipment and tools were there in the printing press.

In 2015, multi-system operators (MSOs) in Telangana had banned telecast of ABN Andhrajyothi for 502 days, on allegations of deliberate denigration and mockery of Telangana MLAs in its programmes. However, the Supreme Court asked for lifting the ban on ABN channel.

For nearly 144 days in 2014, TV9 was also banned from being broadcast in Hyderabad, after the channel telecast two programmes which were satirical of Telangana legislators and Chief Minister KCR.

Earlier, the land at Mindi in Vizag was taken for lease by Andhrajyothi management from one Rayudu and then from his son, Avinash. Actually, the land belongs to APIIC.

There is buzz that Avinash had taken lease of land spread in 24,294.66 sq metres while the APIIC officials claimed that permission was not there for 16,534.5 sq mts and that the godown was an illegal structure. Meanwhile, the workers working in the printing press and the godown are worried with their livelihood being devastated.

Nobody was allowed on to the premises during the demolition. The APIIC officials said that the land had been given to a private person and that all the structures on it were illegal.

The Andhrajyothi printing press began functioning from the premises nearly 5 years ago taking all the required permission from the authorities.

Political observers said that the godown razed down only due to political differences with the owner of the godown and also due to the political rivalry between the authorities and the media that support the opposition TDP, called yellow media by the YCP leaders.

In the wake of the criticism by Andhrajyothi newspaper and ABN channel towards government policies and decisions, political analysts said that the demolition was politically motivated.

There were two notices stuck to the godown walls, one with the date 15/2/2020 and other with 25/2/2021. However, both the notices were intact even when there was a heavy rain in the area, just four days ago, leading to doubts if the papers were pasted just this morning with prior dates.

However, the officials said that they had stuck the notices the night before yesterday. The structure was demolished even when the owner sought some more time.