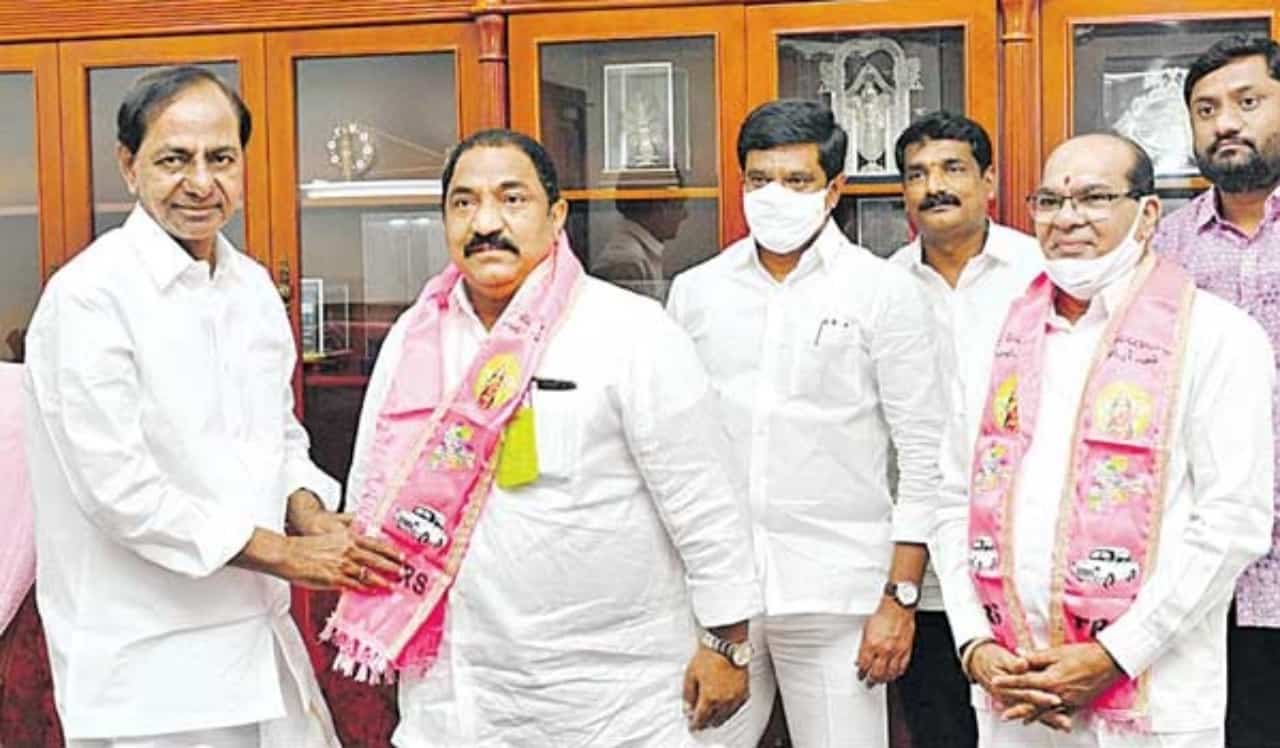 Speaker Pocharam Srinivas Reddy has approved the TDP MLAs letter and confirmed the merger of TDLP into TRSLP. MLAs Sandra and Mecha stated that the merger into the ruling party is keeping the development and progress of their respective constituencies and their Khammam district. It can be noted that both the MLAs belong to Khammam district.With the joining of two more TDP MLAs, TRS strength in Assembly rose to 104.

At present, there are 119 members in the Assembly including a nominated member. TRS has 104 MLAs, MIM has 7 MLAs, Congress has 6 MLAs and BJP has 2 MLAs. The Nagarjuna Sagar constituency is vacant as the by-election is due.